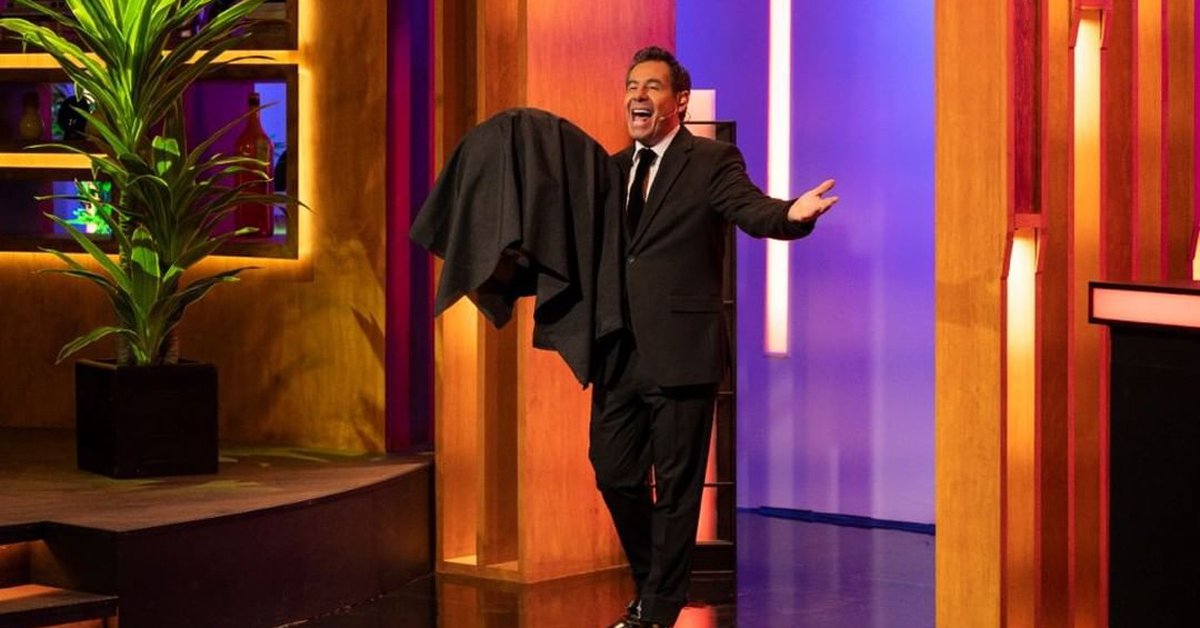 Yordi Pink He has become one of the most beloved conductors by the audience and by celebrities, and on June 28 he premiered At Night with Yordí Rosado.

At night with Yordi Rosado has a format similar to a late nigth show, in which themes that take place during the night will be played and they will tell dynamics, games, special guests and promise a lot of fun through Unicable.

“The idea is to give the public fun in the middle of so much news, they have us tired, of so many problems; we will also have godparents of luxuries like Martha Higareda Y Juan Soler, it will get good “, highlighted Yordi during the presentation of the program. “It is always a very special and important matter to see who will be the first guests of a program and on this occasion My team and I think of very dear, very famous people that I really know”He added.

Yordi Rosado’s program will have the sections “Children always tell the truth” and “Consciousness Project”. In the first, children will give their point of view on relevant and contemporary issues, while in the second, hard and real data on various social issues will be shown.

Yordi pointed out that the topics they will address are those that people ask for: “If we talk about sex it is because we consume it; If we want to know about zodiacal signs, black magic, it is because it is something that we normally see and that we either have respect for it or it scares us ”, he added.

One of the production companies assured that they bet on Yordi for being one of the interviewers most loved by the public, as well as mentioning that original content is what his audience sees the most.

“Own productions are the most watched on the channel; We have many very good ones, canned and others, but, as of today, with these products we are doing incredible in rating. Unlike last year, we managed a 30 percent increase in audience, thanks to the work of producers, drivers and staff who did not crack despite the pandemic, “said Raquel Rocha, producer of the program.

Yordi Rosado is remembered for being one of the producers of the program Otro Rollo (Photo: Cuartoscuro)

During the first broadcasts, At Night with Yordi Rosado will have special guests like Itatí Cantoral, Roberto Palazuelos, Pepe Aguilar and they will look for the next artists to be part of the show which airs every Monday at 9:30 p.m.

Juan Soler, one of the program’s sponsors commented that “he thought it was a very fun program with very entertaining and entertaining dynamics”. He also said that it seemed like a different concept and described it as “a very innovative and creative proposal”.

Rosado is remembered for being one of the producers of the television show Another roll, but recently he has been seen creating content on YouTube.

His videos have focused on interviewing various television personalities, musicians, influencers, and yotubers. One of the most viewed was the singer Danna Paola, which has more than 6.7 million views, followed by the one that made Roberto Palazuelos with 6.2 million.

Given this, they asked him what would differentiate his television program from his YouTube channel, to which he replied: “Here we have a team of experts for different topics, exclusive to the program, we will continue to give the public adequate information on the issues that we will address ”, stressed Rosado.

Salma Hayek revealed that Penelope Cruz was upset with her: the reasons behind the controversy
“It is the hardest test of my life”: Alejandra Guzmán spoke of Frida Sofía’s complaint against her
Pa’l Norte expelled Drims after accusations of child pornography