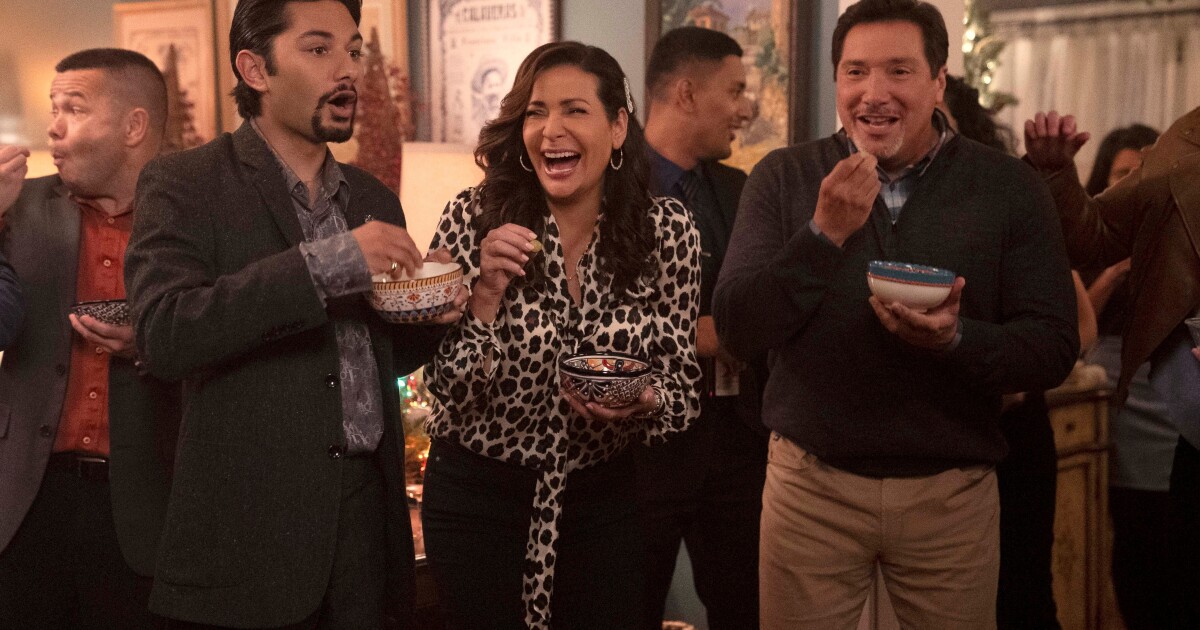 ) .- “I feel that on television, the Latino community are always criminals. Either criminals or very sexy (characters) ”, the actress, creator and screenwriter Gloria Calderón Kellett, responsible for the new series“ With Love ”, which revolves around a diverse family of Latin origin living in the city of Portland.

“Collectively, we feel a lack of representation,” insists Kellet, who has created, with diversity in mind, this light and inviting five-episode television show, each focusing on a prominent holiday, starting with Christmas and ending with with the Day of the Dead.

The series reflects the lives of the members of the Díaz family, especially the brothers Lily Díaz (Emeraude Toubia) and Jorge Díaz Jr. (Mark Indelicato), and their loves and heartbreaks.

Although the basic argument may seem routine, the show is far from stereotypes, and delves into the dynamics that Latin society has traditionally considered taboos, such as homosexuality, transsexuality and single women who have chosen not to form their own families .

For Kellett, this series, which can be seen on the Amazon platform from December 17, has the objective of serving so that Latinos in the United States can be represented on the small screen, an honor that, out of solidarity , has also wanted to extend to the Latino transsexual community.

“Although I have not had that specific experience, I felt a lot of solidarity with them, because I know what it is to feel invisible,” explains the screenwriter, who among the members of the Díaz family has included Sol Pérez, a transsexual doctor played by Isis King.

“We all deserve to see an image of ourselves on television,” asserts the American of Cuban origin, who throughout her career has acted in successful programs aimed at US Latino audiences such as “Jane The Virgin.”

In addition to a homosexual relationship, which the character of Jorge Diaz Jr. has with his partner, Kellett also wanted to take the opportunity to introduce the figure of the single adult woman who has chosen not to have a family, something that in the case of women is associated with an image of personal failure.

“I think they are brave women,” says Kellett, who plays precisely this character in the series, Aunt Gladys Delgado, a short and discreet role but which she says she has enjoyed a lot.

“I think it is very important to teach people that (Gladys) is not sad, that she is happy because she is living in her own way,” he says.

The show, which has been created in a very short time, since he began to write it last February, “came from within” to the creator and performer, who had the clear objective of brightening the lives of viewers.

“It came from simply wanting, after a year as heavy as 2020, to get something that felt like a hug, that was joyful and fun,” says Kellet, who stresses that he focuses on the most important family holidays because he threw them “Much less” during the coronavirus pandemic.

Specifically, it was the Christmas romantic comedy “Love Actually” that inspired him: “I wanted my community to have something like that.”

Kellet confesses that she has used her own family as inspiration, and that the relationship between the brothers Lily and Jorge is very similar to the one she has with her own brother, while for other characters she has focused on her cousins.

But she has also taken another aspect of her personal life as a reference, and that is that the series takes place in the city of Portalnd (Oregon), a city in which she grew up, and that is not especially known by its Latino community.

“I needed to show that Latinos don’t just exist in New York and Los Angeles and Miami. We are a diaspora that is scattered throughout the country, ”he added.

“With Love”, a series to proclaim the diversity of Latino families