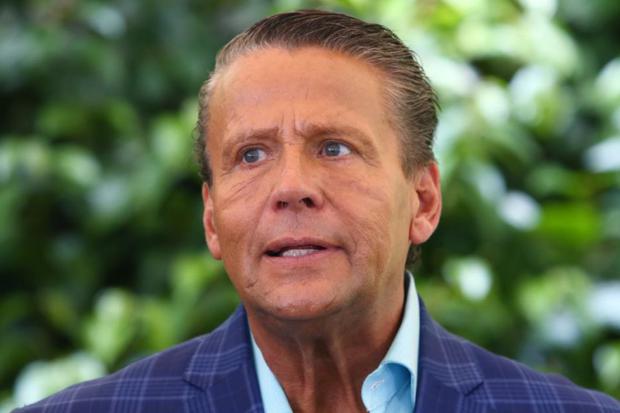 Coexistence in the programI’m famous get me out of here!” has become very controversial and conflictive, mainly due to the stress of the competition and the attitudes of the actor and driver Alfredo Adamewho throughout his career has been characterized as someone controversial and involved in scandals.

MORE INFORMATION: Who are the children of Alfredo Adame and what do they do?

These attitudes have also been seen in the program of Aztec TV in recent days, when he had a discussion with the group of his companions, which did not end well at all, since it involved some attacks with blows on his part, which the public did not like and, apparently, neither did the production.

Given this, the possibility and the rumor have arisen that the Mexican artist is expelled from the program as punishment, but this is not something confirmed, although it could happen very soon.

WILL ALFREDO ADAME BE EXPELLED?

The violent behavior of Alfredo Adame will not be passed through lukewarm water by the work team of “I’m famous, get me out of here!”, as has been seen in a preview of the next edition.

In the images that are being broadcast on television and that have also been replicated on social networks, we see very clearly that part of the production has reached the island in order to broadcast a message.

As expected, all the content is not heard in the preview, but the possibility that Adame could be withdrawn from the competition as a punishment is being played with.

“We have taken, together, a decision, because this must have some consequence”listening.

WHEN WILL IT BE KNOWN IF ALFREDO ADAME WILL BE EXPELLED?

At the end of the video that has gone viral, the date of the chapter that will show such images in full is specified. According to what was reported there, on Wednesday May 25 from 7:30 pm we will be able to know what the punishment will be for Alfredo Adame after having misconduct with their peers.

Alfredo Adame would be expelled from “I’m Famous, Get Me Out of Here!”; why? pic.twitter.com/eeNRKIEU7b

Will Alfredo Adame be expelled from “I’m famous, get me out of here!”?