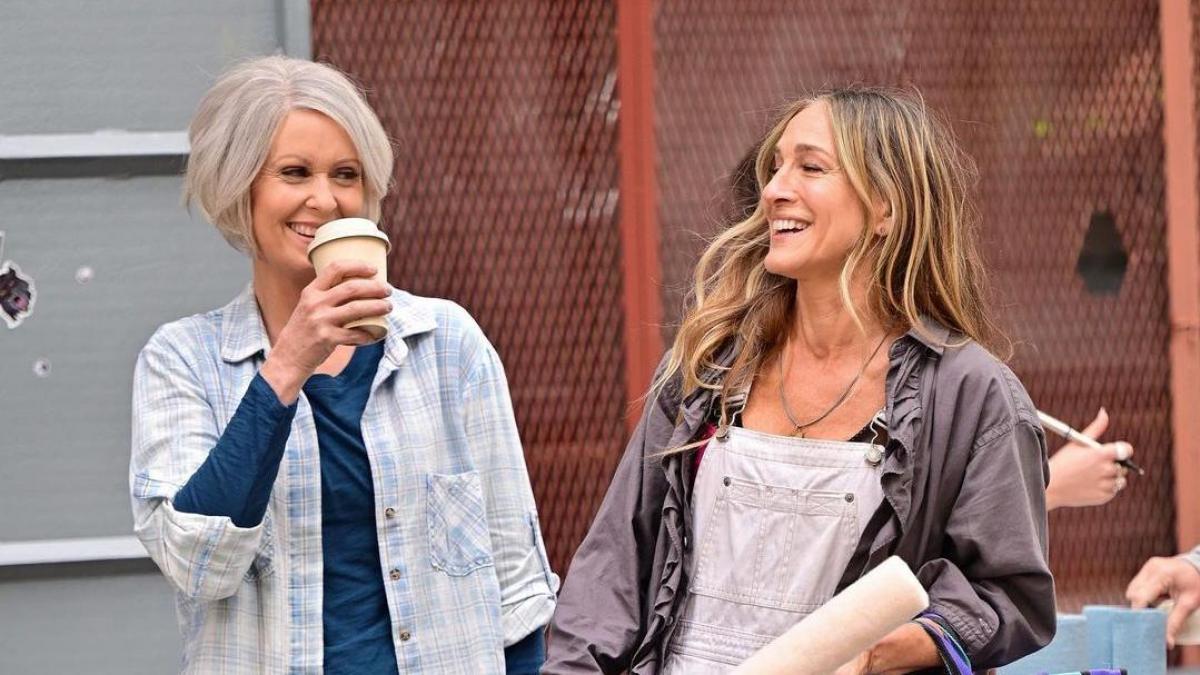 Sex and the City is a series that marked a generation. Since her television debut in 1998, many young women – and not so young – wanted to be that young and somewhat self-centered writer named Carrie Bradshaw; learn of the sexual liberation represented by Samantha Jones; question the dream of an idyllic married life characteristic of the 50s that Charlotte York led or have the character and the claw of Miranda Hobbes.

More than twenty years later, last January HBO Max confirmed a new sequel to the saga, after six seasons and two films shot. The series, which will have a total of ten half-hour episodes in which the character of Samantha Jones will not appear, has resulted in hundreds of headlines that speculate, judge and comment on aspects related to the old age of the protagonists.

“Before and after Sarah Jessica Parker in the Sex and the City reboot”, “the dress Carrie wore twenty years ago”, “Should Carrie wear this dress at 50?”; are some of the concerns dragged by a population that finds it difficult to cope with aging women.

If an actress appears on a red carpet after undergoing an intervention or cosmetic touch-up, as happened with Renée Zellweger, Nicole Kidman or Demi Moore, she suffers an avalanche of lewd criticism for her reprehensible superficiality. If, on the other hand, an interpreter shows off her gray hair and is proud of her wrinkles, call her Andie MacDowell or Jane Fonda, they are labeled “left” and even called “witches”.

They all have something to say

“Everybody has something to say. ‘You have too many wrinkles, you don’t have enough wrinkles,'” Sarah Jessica Parker told Vogue USA. “It seems like people don’t want us to feel good the way we are, whether we choose to age naturally or not. What am I going to do about it? Stop aging? Disappear?” Parker argued.

a study recent study conducted by the Geena Davis Institute on Gender in the media shed light on the extent of age discrimination in the entertainment industry.

After an extensive analysis of the highest-grossing films in Germany, France, the United Kingdom, and the United States, the findings were that women over 50 were more likely to be cast in supporting roles, often portrayed as lonely and depressed people. e than to play characters with robust and interesting lives, a few roles assigned to young performers.

Women over 50 relegated to secondary roles

“When we announced the comeback there were a lot of positive reactions, but others shared pictures of the Golden Girls. And I was like, ‘Wow, you’re 35 or you’re retired and you live in Florida,’ said Michael Patrick King, the showrunner of the new series. “A new chapter is needed here.”

This is exactly what convinced Cynthia Nixon, who plays the successful lawyer Miranda Hobbes, to retake the iconic series. “I like that we are not trying to rejuvenate the plot,” he said. As Sarah Jessica Parker pointed out, sexism is at the center of the debate in this new sequel.

I like that we are not trying to rejuvenate the plot. “


“There is so much misogynistic talk. Gray hair, gray hair. Do you have gray hair? I’m sitting with Andy Cohen … and he has gray hair and is just as attractive. Why is it okay for him?” New York actress and businesswoman.

Sex and the City was always about authentic women claiming New York City as their own as they took charge of their lives. With this new awakening, the legacy continues.