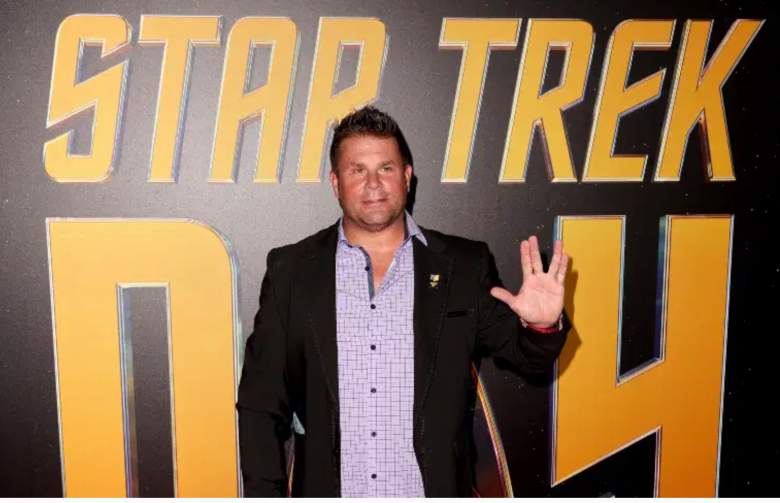 The legendary Gene Roddenberry, creator of “Star Trek“, And his wife, Majel Barrett-Roddenberry, they had only one child: Rod Roddenberry. Roddenberry stayed away from the family business for many years, even after his father died in 1991. However, he took on the role of “guardian” of his father’s legacy in 2001, when he became CEO of Roddenberry Entertainment, the company that oversees all “Star Trek” properties.

2021 is a momentous year for the Star Trek universe. It is the 55th anniversary of “Star Trek: The Original Series”And the year Gene Roddenberry would have turned 100. To commemorate these milestones, Rod Roddenberry has been giving a number of interviews, reflecting on the franchise and its impact on the world, and sharing memories of his father.

In a recent interview with The Hollywood Reporter, Roddenberry referred to a notorious moment in the history of “Star Trek” – the sketch “Do Something Useful With Your Life” by William Shatner on Saturday Night Live.

The sketch “Do something useful with your life”

The sketch in question is from a 1986 SNL episode hosted by Shatner. The episode included a parody in which Shatner played himself attending a “Star Trek” convention. During a supposed round of questions and answers, Shatner was intensely bombarded with very specific questions about the “Star Trek” universe. The questioners were caricatures of the fervent “Trekkies” who normally attended such events.

After struggling to answer questions from fans, Shatner was visibly upset. Then he yelled, “Do something useful with your life!” And he launched an attack saying how stupid it was that fans were so wrapped up in a fictional world; He scolded them and begged them to seek interests in the real world.

The sketch was well received at the time and was even featured on SNL’s 100 Greatest Moments list. E! Entertainment.

However, not everyone found the sketch funny. Roddenberry definitely didn’t like it, and he didn’t hide it in an interview with The Hollywood Reporter.

“I never really appreciated that sketch because I think it was degrading to the fans. I think it was disrespectful, especially for a character who was a smart and open-minded leader. “

However, Roddenberry added that no, “in no way do I condemn [el sketch]. It’s SNL, where everything is fun. “

He went on to say that he did not know his father’s opinion regarding the sketch. Roddenberry explained that he was an “immature boy” when his father passed away. So they didn’t have too many conversations about what their father thought about certain things, like the SNL skit.

What they did talk about was their father’s love for the Star Trek universe and its fans. Roddenberry told The Hollywood Reporter that his father “really appreciated the fans,” and that he loved seeing them at conventions.

Of course, Shatner immediately responded in Twitter. At first, he simply retweeted the article with a comment about “presenteeism.” At Merriam-Webster Dictionary, Presentism is defined as “an attitude towards the past dominated by attitudes and experiences of the present.”

Shatner often criticizes the application of presenteeism in the contemporary analysis of ancient publications and historical events. Similarly, he claims that presenteeism should not be used to reinterpret the Star Trek universe of the past.

The point he apparently wanted to make with his tweet is that Roddenberry was using presenteeism by calling a sketch offensive when it had not been at the time. When fans questioned his perspective, Shatner clarified his stance with an additional tweet.

It’s presentism because it applies today’s value systems & beliefs about what is “bullying” & what is “disrespectful” to a time when those were not the values or opinions and nobody was really offended but the mindset people have is that it makes them look intelligent & caring.🤷🏼‍♂️ https://t.co/yIFT8IDGVe

I’m fully aware of that part of fandom where craycray entitled types think that they had something to do with a person’s talent & claim that they are responsible under some idiotic notion that their viewing a tv show or movie made the actor’s career! Now you were saying?🤔🤷🏼‍♂️ https://t.co/8G4fyTbMQk

Shatner frequently claims that does not owe his career to “Star Trek” nor his fans. He is also very clear about the fact that fans who expect him to act in a certain way or to support certain opinions “have no right.”

So far, Roddenberry has not responded to Shatner’s tweets. It should be noted that, unlike Shatner, he is not an avid user of social networks.

This is the original version of Heavy.com by Austin Boyd