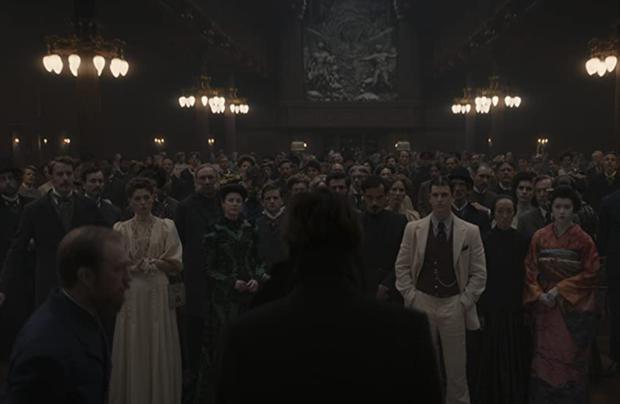 The showrunners of “Dark”Jantje Friese and Baran bo Odar, return to Netflix with a new story, “1899”a fiction set at the same time as his previous series and which promises be the same or more complex and strange than its predecessor. Everything is ready for the production to debut on the streaming platform, after the premiere of its first two episodes at the Toronto International Film Festival in September.

The fictionwhich will have eight 1-hour episodeshas a cast made up of actors of different nationalitiesfollowing the program’s proposal: a ship where its characters speak their own language, far from a single one that equals them.

What is “1899” about? The plot focuses on a group of passengers from different parts of the world who form a steamship called Kerberoswhich is addressed to New York, USA. They all start from London, with their own pasts that they prefer to keep hidden.

The trip becomes unusual when they receive Promethus’s cry for help, a ship that had been missing at sea for months. This meeting is definitive for the people on board, because their lives will change after the revelation of their secrets and plans.

Emily Beecham is the actress who puts herself in the shoes of Maura Franklina doctor who wants to work in the United States, since, at that time, in United Kingdom, women could only study Medicine but not practice the profession. Therefore, she got on the Kerberos heading to New York.

While, Andreas Pietschmann has the responsibility to be eykthe captain of the ship Kerberos. He is in charge of giving the order to help the Prometheus, the mysterious ship that reappears after several months of being lost.

Aneurin Barnard takes care of being Daniel in the series of Netflix. About this character there are more mysteries than certainties, highlighting that it is not known where he comes from and what are his motivations for making the trip in Kerberos.

For his part, the actor Michael Bernardeau plays a wealthy Spaniard named Angel. The man makes a trip to New York with his brother Ramiro, who is a priest.

While Maciej Musial plays Olek, a Polish collier who is noted for asking many questions of various people on the Kerberos ship. His relationship with other strangers on board puts him in a suspicious position.

Fflyn Edwards as The Kid

Another of the most enigmatic characters in the series is El Niño, played by fflyn edwards. It is a minor who does not say a single word and who is left in the care of Maura.

Jose Pimentão is the actor who has the role of ramiroÁngel’s brother, a priest who hides more than one secret and who accompanies his brother on a long journey in Kerberos.

Mathilde Ollivier has the role of Clemence in the series “1899”. The actress has the role of a married woman who dreams of living a love story as a newlywed in the United States, but her husband seems to have no interest in the matter.

REST OF THE ACTORS COMPLETING THE CAST OF “1899″

The Serie “1899” can be seen in Netflix starting Thursday, November 17, 2022. The eight episodes of the first season last 1 hour and you can see them on the streaming platformonline, in this link.