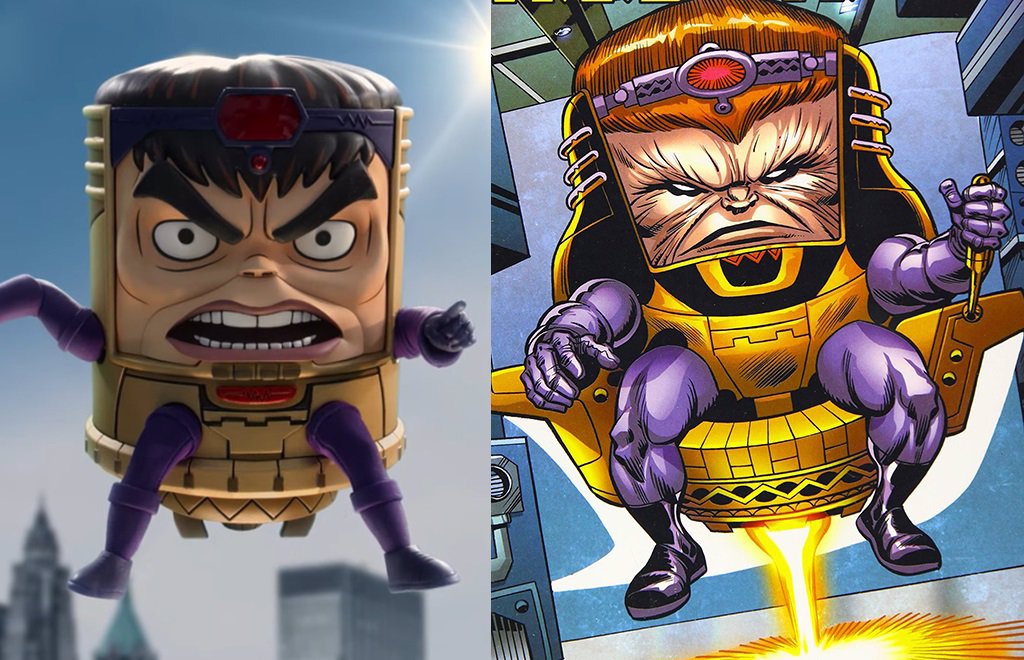 This Friday, May 21, comes to Disney + the first episode of MODOK, the irreverent adult animated comedy from Marvel Studios that promises to turn upside down the history of iconic villain marvelita. Violence and swearing are guaranteed. But, Who is Modok and, above all, why is he so stubborn?

MODOK is the acronym in English as it is known Machining Designed Only to Kill designed by the IMA (Advanced Mechanical Ideas). He was actually born George Tarleton, a low-level research agency technician who was randomly selected for a controlled mutation experiment.

Tarleton was taken against his will to a place called the ‘chamber of alteration’ where he was subjected to all kinds of high-level genetic and bio-technological experiments. When they finished, what was left was MODOK, a being half machine half human, and all head, with an extreme IQ level and psychic powers.

Determined to get revenge MODOK becomes obsessed with conquering the world, starting with taking control of IMA, which considers it a threat. Your genetically modified brain is like a big computer, able to make hyper complex plans and calculations and calculate probabilities.

It is also capable of acquire any type of knowledge in record time, and thanks to the device in which it is mounted it has a large arsenal of weapons. On his forehead he wears a necklace that allows him to expand his psychic capacity until projecting rays of energy.

The digital animation series coming to Disney +, premiered in the United States on Hulu, approaches the figure of this supervillain with comedy as the fundamental axis. The first episode of MODOK premieres on the streaming service on Friday May 21. The official synopsis is as follows: “The megalomaniacal supervillain MODOK (Patton Oswalt) has long pursued the dream of conquering the world one day.

However, After years of failure and defeat fighting the mightiest heroes on Earth, MODOK has brought the IMA organization to ruin. Self-proclaimed head of IMA and at the same time struggling through his crumbling marriage and family life, the Mechanized Organism Designed Only to Kill (MODOK) is more than willing to face its greatest challenge: the midlife crisis … will shake the world order!“.

In addition, Disney has already advanced synopsis of the first two episodes, of a total of 10 that make up the 1st season, as well as its title and its premiere date.

“The supervillain MODOK leads his evil IMA organization to ruin and is forced to sell it to the technology company GRUMBL. As the megalomaniac MODOK struggles to regain control of IMA, he risks losing something even more important … his family! “

“In an effort to get his wife Jodie back, MODOK takes her back in time to a Third Eye Blind concert that they missed years ago. There they are attacked by another MODOK who steals their time machine and leaves them trapped in the past.“.