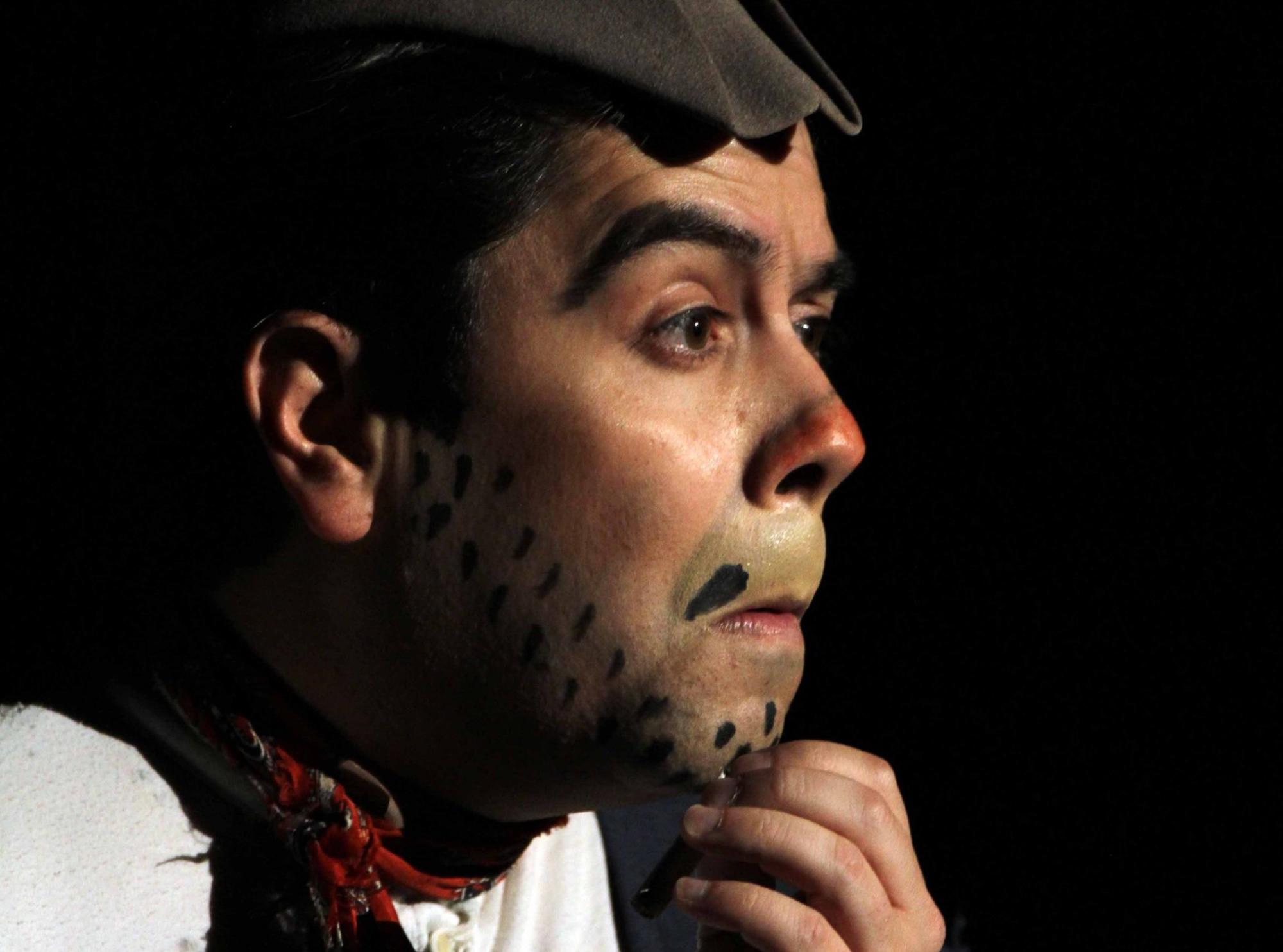 It can be said that it is a true miracle that Carlos Espejel still has a career today. At least after I had the cynicism of inventing a deadly disease just to try to gain attention (and pity) of the media at a time when job opportunities were scarce, something that when it was discovered it was a real scandal.

This happened in 2010, When Espejel was 38 years old and participated in a cable TV program ‘Guerra de jokes’, something that was far from his time as a child star on the legendary show ‘Kiddies‘in which Espejel had his best moment, between 1982 and 1987 making characters like’Carlinflas‘(an imitation of Cantinflas),’Chiquidracula‘ Y ‘Rhino‘(a parodic version of the character who made famous Ophelia Medina).

Although Espejel had already tried to make the leap to being a dramatic actor with the role of ‘Hannibal‘in the soap opera’Love in silence‘—A troubled teenager who was corrupted by villains and paid for his misdeeds with his life— He had already seen his years of greatest fame pass and he couldn’t stand out in the area of ​​comedy or in melodrama, having a lot of competition around him.

So, early in the past decade, Espejel made headlines again by announcing that he suffered from esophageal cancer and was undergoing chemotherapy treatment to overcome the disease. This triggered a series of displays of affection on social networks and media, by his colleagues and the public, until suddenly, a few months later a bomb exploded, when it was learned that Espejel, with all the tough face in the world … he had lied!

This became known, as published at the time by the Mexican newspaper The universal, during a broadcast of the program in which they both worked, the actor Radamés de Jesús (grandson of the legendary star Carmen Montejo, no less) accused Espejel of having pretended he had esophageal cancer.

“He was never sick or had chemotherapy“, exclaimed of Jesus before the cameras:” he himself shaved himself. He put a bandage on his arms (…) It’s not true, band! “

Given these comments, Espejel threatened his colleague with publicly exposing some “truths” – that according to him would affect his career, such as his violent domestic relationship with his partner, Wanders Lovers, which eventually came to light.

However, of Jesus instead of calming down, He lunged even harder against his former friend. He reiterated that the esophageal cancer he suffered was a sham: “According to him he cried because he was afraid of cancer and he turned out to be quite good as an actor.” He also asserted that it was Daniel Vázquez, former member of the OV7 group, who advised Espejel to put together the whole charade, writing a list of symptoms and a script for him to speak to the media.

Friends turned against Espejel, and it was not only them, according to him, the media were also very aggressive with his person, accusing him of being a fraud, a manipulator and almost a criminal. It was a very difficult moment for the actor, especially since Televisa vetoed it and had to look for work in other chains, humiliated and beaten by the negative publicity his ‘occurrence’ had had For call the atention. The artistic guild, offended, for a long time he turned his back on him.

Espejel has never admitted or denied this situation. According to him, cancer was true —Although there is no proof of it— and in 2019 he said that he “gave him again” but the same, nobody believes him, or not at all.

After this situation and while returning to Televisa, Espejel had a relationship with Patricia azuarawho is the mother of your child Splendor; After several years of relationship, the couple separated, however, they maintain a friendly relationship. Almost immediately (if not before parting ways, as some media pointed out) began a very public relationship with Zero Soul, which also ended up due to press gossip, according to himself, although the actress refuses to talk about it.

Now Espejel is single again, and to become the victim of the media, as has become their custom. The actor assured that the rumors of a possible romance with the actress Lisset, his partner in the program ‘Tic tac toc: The reunion’, affected his image and his personal relationships.

Espejel told the magazine TV and novels in its Mexican edition: “I recently ended a relationship and I don’t have a girlfriend, far from it, they are lies. And I was fine Until the press came and messed it all up”.

Again, Espejel blames the press for his problems: “They always screw things up. I thundered with my girlfriend, I was dating a girl from Colombia, Jenny, but the type of reports they published affected the relationship and we could not overcome it, They were very ugly reports, very bad milk”.

This is how the life of this comedian goes on, for whom the public seems to forgive everything, even the scoundrels and fallacies, for some inexplicable reason, since by talent it does not seem, but genres are broken in tastes.

IN VIDEO: Demi Lovato will start using the neutral pronouns ‘they / them’