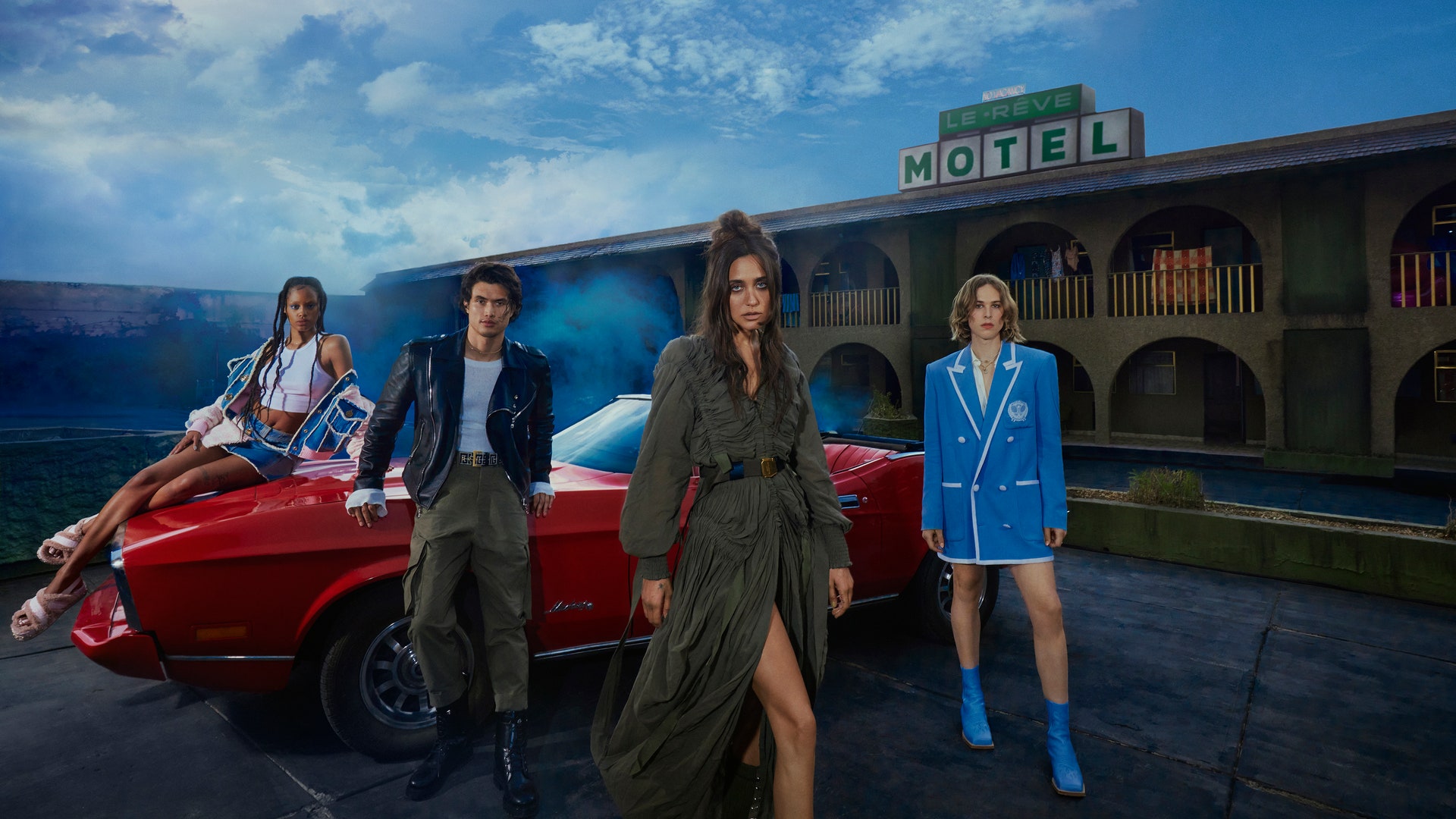 “After 10 years at Balmain, I realized that I am much more than a designer”, says Olivier Rousteing, Balmain’s creative director. “I am excited to tell stories, behind the fashion.” So for Balmain’s Fall / Winter 2021 campaign, the French designer made an alliance with Channel 4 (the television network of the United Kingdom), in order to create a miniseries entitled Fracture.

With this mini production we will have the opportunity to see together Jesse Jo Stark, Tommy Dorfman from the series 13 Reasons Why, Charles Melton de Riverdale and Ajani Russell from Skate Kitchen. Thus creating one of the most anticipated series of the moment.

Olivier Rousteing, responsible for bringing it to life to the fashion legacy of Pierre Balmain, was the director of this miniseries, which consists of 5 episodes. This is the first time that Balmain collaborates with a television network. “What made this project so exciting is that we didn’t think too much about fashion, we focused on the characters and their experiences,” says the 35-year-old designer. “I cried when I saw some of the scenes and I completely forgot about the clothes.”

The series was filmed just outside of Los Angeles, at the Motel Le Rêve, a charming and desolate place, ideal for showing these colorful characters. The show stars Mya (Jo Stark) a singer-songwriter who dreams of being famous and who left a life full of privileges in New York.

But aside from the amazing looks from Balmain Fall / Winter 2021, What else can we expect from this series ?: “You will see a mix of strong personalities representing a new generation fighting for their freedom,” says Rousteing. “I wanted to show that fashion cannot exist outside the reality of our world.”

In anticipation of its premiere on September 2 Vogue

He spoke with Rousteing to hear his experience, now as a television director, we asked him why inclusion should be the norm in all fashion brands and we asked for a preview of what we will see at his next “music festival” in the next edition from Paris Fashion Week.

Hi Olivier! What led you to create a drama series and where does the title ‘Fracture’ come from? “It is a project that I have had in my mind for about 4 years, but it took a long time to find the right team. Catwalks can get very boring, so I love creating entertainment around fashion, something that goes beyond just clothes. All the characters are going through their own fractures [con la pandemia]I think, in a way, it is what many of us are living now

, either within our work or in our personal life. But with every problem, we always find a solution ”.

How was the process of creatively directing a project in a medium not so familiar to you?

“It was a bit weird and there were a lot of challenges. From the lighting to the way we work with actors, instead of using models. It was totally different. The main change, for me, was that I had to focus on the reactions of the actors and how they were going to engage with a real life set. ”

From Jesse Jo Stark, Tommy Dorfman and Charles Melton, to Ajani Russel. The casting shows us a mix of young emerging talents. Why did you choose these people to represent Balmain? “It was a process of casting long, and we chose actors who showed the most emotion and passion. I love that each of them represents Balmain in an unexpected way. I am known for the glamour and forever offer a fantasy couture

very French, but I think these 4 characters showed that there is also another side of Balmain in me ”.

Not only is the cast diverse, but different gender identities were represented as well. Why is it important for brands to be inclusive in today’s world? [el ser inclusivo]”It has always been normal for me

, but maybe it feels like something new in others. Gender identity has always been part of the world. We are all out there trying to find ourselves. The fashion decisions I make, I hope, can help change some mindsets, even on a small scale. “

And the clothes were phenomenal, as always. What was the process to combine the looks with each talent and what is the connection that this collection has with the TV show?

“It was not complicated, I let the actors choose what they wanted to wear, showing an approximate of 10 looks to each one; I think that was great. We shipped the garments to them with a few small guidelines, ahead of time, to make sure they were comfortable with everything. There is a great sense of freedom and adventure that unites this collection with the miniseries. ”

Which shows did you grow up with and which have you been watching in marathon lately? “I watched the original series a lot 90210, he loved her, but she had little diversity. I also enjoyed a lotQueer As Folk ,Skins , Gossip Girl andSex and the City . I’ve recently been obsessed with The Handmaid’s Tale and [la serie española de Netflix]Elite

Fashion month is coming. What can we expect in the new Balmain Spring / Summer 2022 collection, in September?

Jesse Jo Stark in the Balmain Fall / Winter 2021 campaign in front of a yellow house “It is going to be the most inclusive show of my entire career. The casting

it will be incredible, plus there will be incredible artists and surprises throughout the show. This show marks my 10th anniversary in Balmain, so my team and I have been planning everything since the summer break. As always, we are looking at something beyond fashion ”.

Fracture will be available from 2 September on Channel 4 in the UK. For more information about its transmission in the rest of the world, you can visit the official site of the Fracture Series.