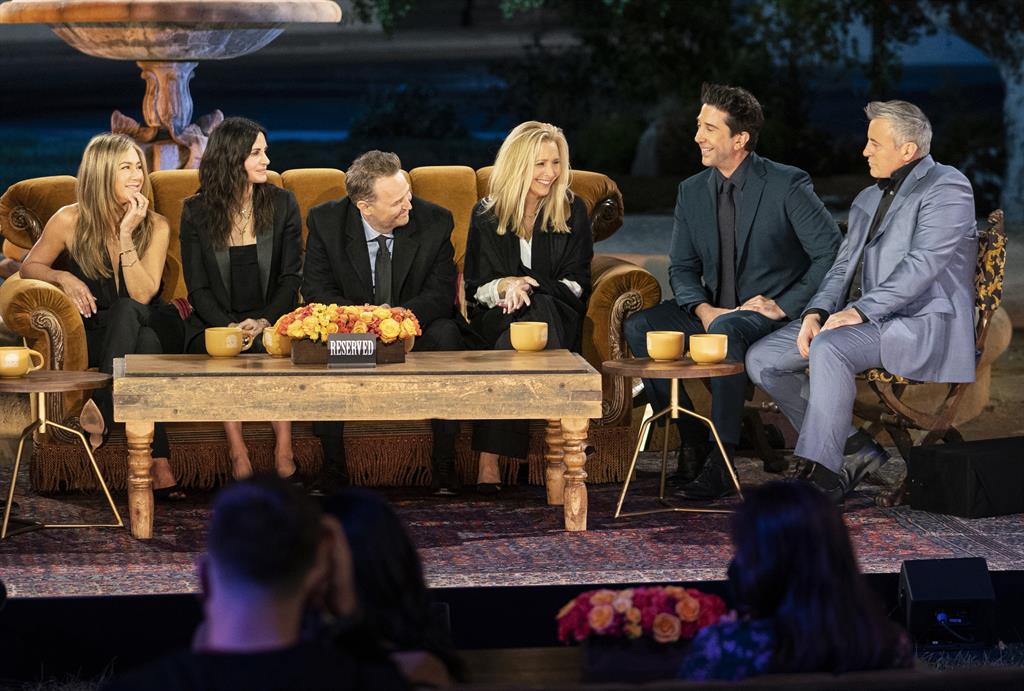 The wait is over. This May 27, HBO finally arrives reunion of ‘Friends’. The most iconic series of the 90s returns with this reunion of its protagonists and, above all, friends: Jennifer Aniston (Rachel), Courteney cox (Monica), Lisa kudrow (Phoebe), Matt LeBlanc (Joey), Chandler (Matthew Perry) and David Schwimmer (Ross). However, At what time can you be seen on the platform?

In the United States, the premiere of ‘Friends: The Reunion’ will be on HBO Max and will have a simultaneous release with several countries, including Spain. In the North American country, this special reunion can be seen from 00:00 Pacific Time o West Coast (Los Angeles) and at 3 a.m. Eastern Time (New York).

Being a simultaneous premiere, the Spanish public will be able to enjoy this meeting from 9 am on May 27, being HBO Spain the one that hosts the first meeting of the protagonists on screen since the end of the series in 2004. For those who live in the Canary Islands, the launch will be at 08:00 hours.

Now this is in reference to Spain, but, What about Latin America? For those fans who live in countries like Mexico, Colombia, Peru or Argentina, the wait will be a little longer, then the reunion of ‘Friends’ will arrive with the landing of the HBO Max platform in the region.

The One We All Wanted To See! #FriendsReunion in June, only in #HBOMax pic.twitter.com/LEJyQUo6g9

The launch of HBO Max in Latin America and the Caribbean is scheduled for June 21, at which time it will reach a total of 39 territories. With which, the public of all Latin America will have to wait less than a month to enjoy one of the reunions that already aspires to be television history.

James corden will act as host of this meeting, in which the creators of the fiction will also be present, David Crane and Marta Kauffman.