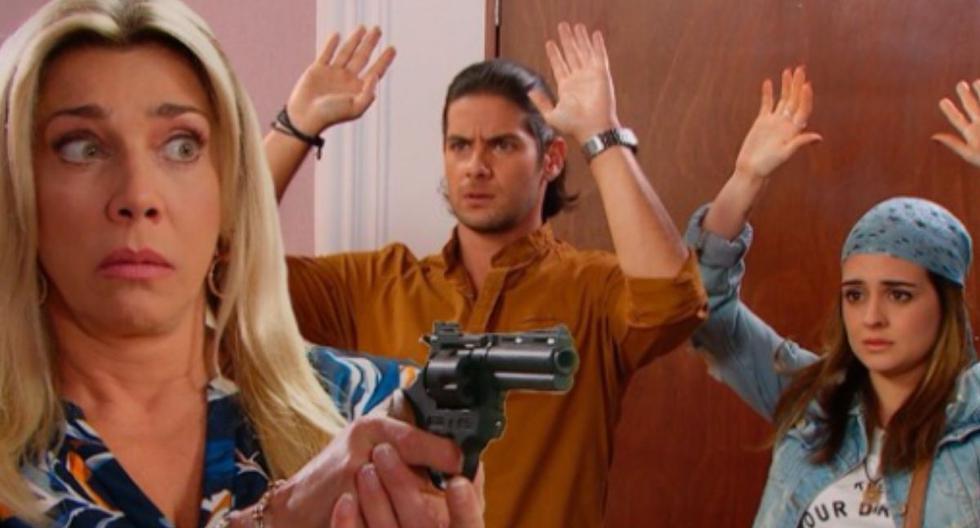 “Neighborhood Board”, The new ProTV series, will soon hit the screens of America Television. Under the general production of Miguel Zuloaga, this fiction promises to take over the preference of the public. Next, we will tell you what it is about, who are the actors, characters and everything you need to know about this funny comedy.

MORE INFORMATION: Which characters from “Al fondo hay Sitio” appeared in “Back to the neighborhood”

The new peruvian series will have the special participation of the Mexican actress Cynthia Klitbo, who is remembered for her roles as a villain in successful international productions, and from Argentina Barbara Torres, who played ‘Excelsa’ in “La Familia P. Luche”

Also, other figures will appear such as Andrés Wiese, Priscilla espinoza, Sergio Galliani, Miguel Iza, Karina Jordan, Ignacio Di Marco, among other artists who promise to captivate the audience with their fun characters.

MORE INFORMATION: Why “Back to the Neighborhood” will come to an end in December 2021

WHAT IS “BOARD OF NEIGHBORS” ABOUT?

“Neighborhood Board”Is a comedy that will be released very soon in America TV. In the first preview that the television channel shared, it was possible to meet Genoveva, a character played by Mexican actress Cynthia Klitbo.

“Meet Genoveva de la ColinaAs dramatic as she is alone, she interprets her life as a true soap opera. After an incident extinguished his fame, the arrival of two new tenants will turn his life around “, is heard in the first preview of the series “Board of neighbors”.

During a interview With ‘Somos’ from ‘El Comercio’, Cynthia Klitbo, the well-remembered soap opera villain, provided details about her role in the comedy “Board of neighbors.”

“The story takes place in a building and in the lives of those who live there. My character is a Peruvian actress who emigrated to Mexico as a young girl and due to a big problem she was banned from the Latin market. After many years, she is forced to return to the home of her deceased parents in Lima. Here she meets the love of her life (Galliani), who left her planted on the altar “, the artist commented at first.

“This character, whose name is Genoveva, is very funny, witty, egotistical and spoiled by life. She, for example, pretends to never remember people’s names, but in reality she does know it, she just wants to look down on them that way. She is crazy, no one asks her but she decides to audition for Pedro Almodóvar. Genoveva is the protagonist of the series, but in truth there are several stories of the neighbors who support the show”said Klitbo.

MORE INFORMATION: Which characters should reappear by the end of “Back to the Neighborhood”

TRAILER OF “NEIGHBORS BOARD”

Then the trailer for “Board of neighbors”, the series that would be the replacement of “Back to the neighborhood” and “Moonlight”, Successful productions that are broadcast on América Televisión.

ACTORS AND CHARACTERS OF “BOARD OF NEIGHBORS”

PREMIERE DATE OF “NEIGHBORS BOARD”

The new ProTV production does not yet have a confirmed release date, but it is presumed that it will hit the screens of América Televisión in January 2022.

What is “Board of neighbors” about, the replacement of “Back to the neighborhood” and “Luz de luna”