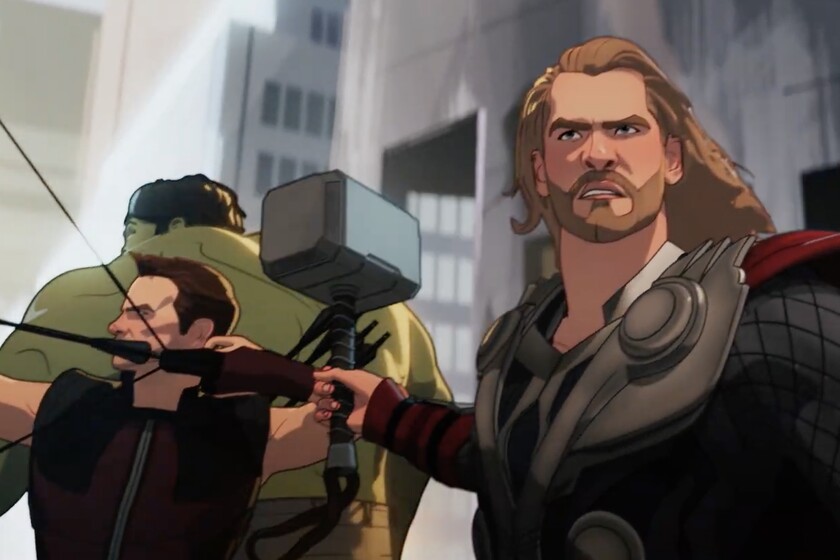 One of Marvel’s most curious series is about to arrive on Disney +, Disney’s streaming platform. Is about ‘What would happen if…?’, the series that, as its name suggests, raises alternatives to how things would be if in the history of the Marvel Universe things would have happened differently.

The series promises show dozens of alternatives to the stories we already know about characters from the Marvel Universe. Thanks to the new trailer we have a better look at what this animated series will look like and what we can expect from it.

As Disney reflects, the series “creates a multiverse of infinite possibilities populated by some fan-favorite characters like Peggy Carter, T’Challa, Doctor Strange, Killmonger, Thor and more.” The series is directed by Bryan Andrews and AC Bradley is the lead writer.

‘What would happen if…?’ premieres this coming August 11 on Disney + for users who have an active subscription on the platform. This is Marvel’s first animated series and probably an opportunity to see more in the future or see these same stories passed into live action movies.

In recent months, the idea of offer alternate storylines for characters of their productions. What story would X character have if instead of Y had happened Z. A hypothesis that is serving as the main plot basis for different series.

‘What would happen if…?’ is a series focused exclusively on that, on telling alternative stories to the same Marvel characters who already have a fanbase behind them. But it is not the only one, we have seen it recently with ‘Wandavision‘placing a superheroine in a sitcom or with ‘Loki‘placing a superhero in an office thanks to the Time Variation Authority.

So that? To squeeze more out of those characters who have enough popularity but whose main story and secondary stories have already been told in joint stories with other characters. A way to literally resurrect many characters from the Marvel Universe.