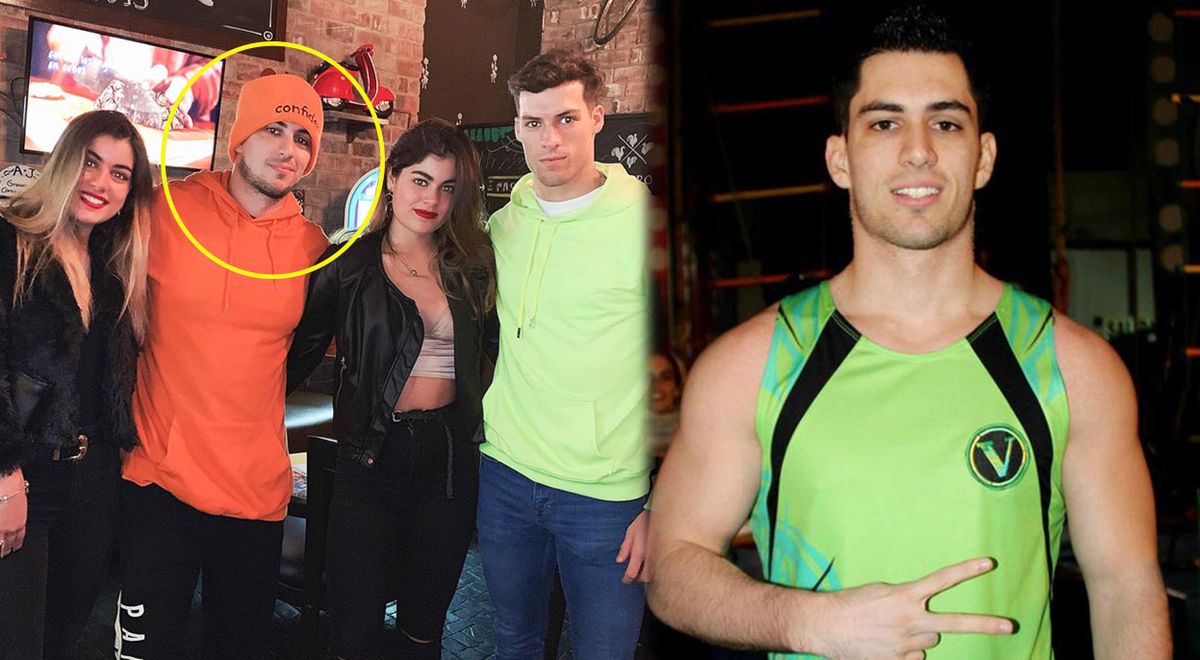 Enrique Parodi Costa, known on television as Ike ParodyWork as reality boy in the programs “This is war” and “Combat”. Just like his younger brother, Patrick Parody He was also involved in various controversies on Peruvian television. However, in 2016, he decided to move away from the small screen.

In this note we tell you details about his romances with well-known models, the complaint he faced for a vehicle accident and the surprising change of look that he currently wears.

In February 2015, Ivana Yturbe confirmed the end of her relationship with Ike Parodi after several months of romance. According to the model, they did not have a good chemistry. “We ended up because we have a bit strong characters and we collided a lot within the program, and I think that was what broke the glass,” she expressed at the time.

YOU CAN SEE Patricio Parodi jokes with Luciana Fuster for not playing sports: “Why don’t you train?”

In August 2015, shortly after breaking up with Ivana Yturbe, Ike Parodi was presented as the “Combate” jale. There, he met the model Michela Elías, with whom he had a public relationship for four months.

A year later, he was eliminated from the competition due to resisting holding a game. That was the last time he was seen as a reality boy.

He was reported for running over

In February 2017, Ike Parodi was reported for having run over gym instructor Juan Carlos Figueroa in San Borja. The victim was left with fractures in various parts of the body.

For its part, the former member of “This is war” denied the accusation. “Everything is false. They are lying. They have said that he was run over and it was not that, it was a car accident where he hit me, but since he is on a motorcycle, he has suffered one of the worst parts, “he said.

YOU CAN SEE Luciana Fuster after agreeing with Flavia Laos: “I will never feel rejected at my boyfriend’s house”

Ike Parodi has not only moved away from television, but also from Instagram. His last post on the social network is from September 26, 2021.

Many of his followers hinted that he would have distanced himself from his family. However, there is a photo in which Ike Parodi reappears with his sisters and Patricio.

The image was captured at her sister Majo’s party at the end of last year. What caught the attention is his surprising change of look.

What does Ike Parodi do for a living?

Because he keeps his life secret and away from public opinion, it is unknown what Ike Parodi does. What is known is that she is 31 years old and has worked as a model.

Ike Parody He walked away from television after quitting reality shows and was also absent from social media. His last posts on his Instagram date from the month of September 2021.

The young man was shown next to his brothers, however, in the comments many of his fans wonder why he does not appear next to his parents and brothers now.

The former reality boy Ike Parodi was conspicuous by his absence in Majo Parodi’s baby shower photos. In social networks, users asked him why he did not appear at his sister’s celebration.

“Why do you never appear at family events… such as your sister’s baby shower?” One of the netizens questioned without receiving any response from the young man.

What happened to Ike Parodi, the brother of Patricio Parodi who competed in “This is war” and “Combat”?