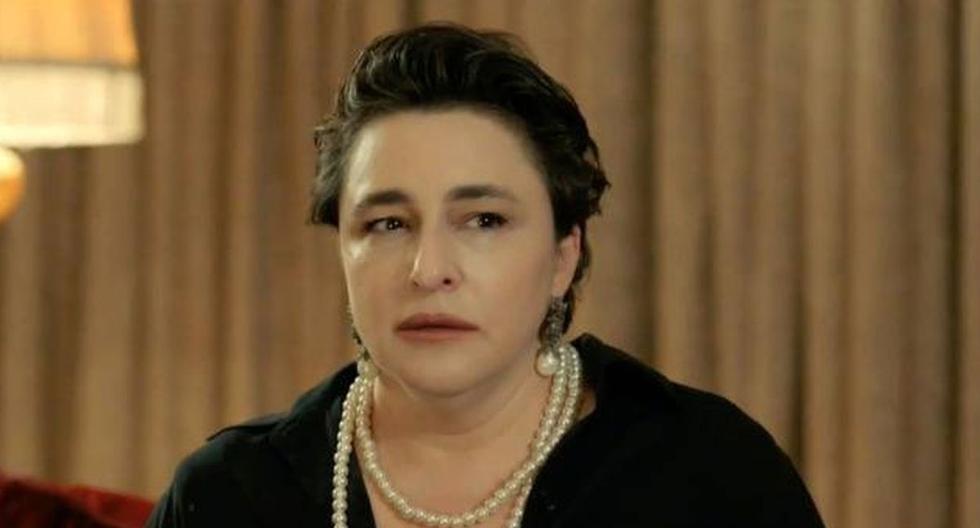 What hours do you have?bitter earth”? The Turkish soap opera is one of the most anticipated on the small screen and, during the week, from April 11 to 15, it premieres chapters after the death of Hünkar (Vahide Perçin), who had these last words before leaving the story. Here we tell you everything you need to know about the place that “Züleyha”, starring Hilal Altınbilek, will have in the daily schedule.

MORE INFORMATION: This is how Murat Ünalmis said goodbye to Vahide Perçin, his mother in “Bitter Land”

One of the most shocking departures in Ottoman drama recently has been the death of the Demir’s mother. seriously injured by Behicewho wanted to continue hiding his shady past, Hunkar said goodbye sadly from the series.

In the beginning, the Percin’s character He was even hated by the public due to the way he treated the protagonist, who was his daughter-in-law. However, the appreciation of the role changed with the passing of the episodes.

MORE INFORMATION: What Yilmaz was willing to sacrifice for Züleyha in “Bitter Land”

Now, Hünkar dreamed and had everything ready to marry Fekelihis great hidden love for years, but the cruelty of the mujgan’s aunt ended up ending all his desires. Now, what will happen to Behice? The new chapters, which will have this schedule, will be responsible for answering that question.

WHAT IS THE SCHEDULE OF “TIERRA AMARGA” DURING THE WEEK?

The Turkish novel “Bitter Land” is broadcast in Spain through the Antena 3 signal and in the 5:30 p.m. time. In this way, this week, from Monday, April 11 to 15, the television series will be broadcast at the following times:

Similarly, the soap opera “Züleyha” premieres episodes all week and, through the streaming platform Atresplayer Premiumonline and live. All the episodes that have been released so far and exclusive previews of the story are also available on the website. So don’t miss it.

MORE INFORMATION: This is what Murat Ünalmis looked like before he was famous

While Vahide Perçin, who gave life to Hünkaris originally from the city of Karşıyaka, in Turkey. The daughter of Greek immigrants, she grew up in a humble family and her childhood was marked by the health problems suffered by her mother, who was a housewife, and the absence of her father, a truck driver who, due to his work, had little time to be around To his family.

Her attraction to the artistic world led her to leave her studies at the Faculty of Economics to enroll in the Faculty of Fine Arts at Dokuz Eylül University, where she graduated at the top of her class. She time later she signed for him State Theater and moved to the city of Adana.

His first role on the small screen was in the series ”Bir Istanbul Masalı”, where he gave life to Suzan Kozan. Later he continued with other roles in various series and movies, until consecrating himself as Zeynep Eğilmez, in the famous novel “Mother”. MORE DETAILS HERE.

WHAT IS “BITTER EARTH” ABOUT?

On the other hand, the first season of “bitter land” focuses on the story of a legendary love, which begins in Istanbul in the 1970s and continues in the land of Çukurova. Loving couple Züleyha and Yılmaz decide to hide their identities and move from Istanbul due to the murder Yilmaz committed to protect his beloved from sexual assault.

Fate takes them to Çukurova, specifically to the town of Adana, where they decide to stay and work on the farm of Hünkar Yaman and his son Demir, who will fall in love with the young woman without knowing that her heart belongs to Yilmaz. To maintain anonymity, the two lovers decide to pretend to be brothers before the local society. This will change their lives forever.

While in the following installments, after losing the two men in her life, Züleyha must move on with her children. On her new path she finds a new love and other enemies that threaten her happiness.