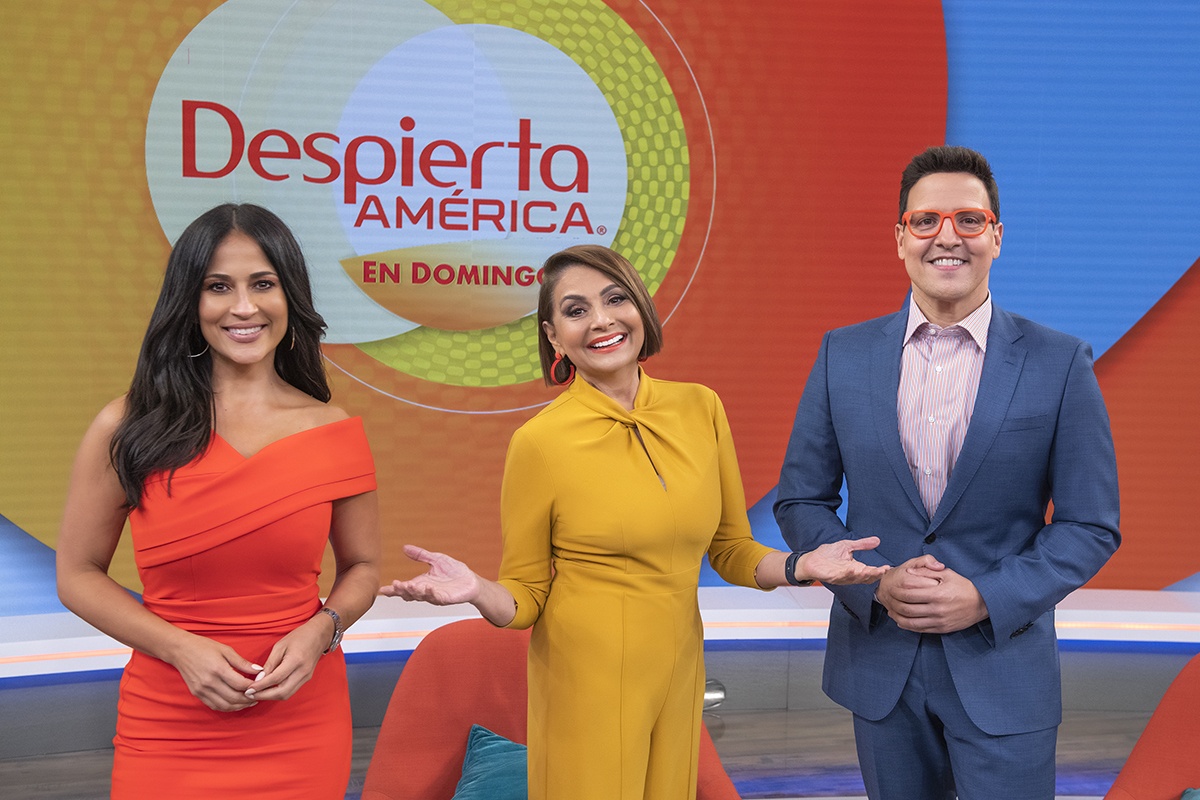 ‘Wake up America on Sunday’ comes off the airas confirmed by Univision, that as of January 15 we will no longer see María Antonieta Collins, Jackie Guerrido, Raúl González and Carolina Rosario having breakfast with the family in the morning. The reasons? Next we will tell you the official and unofficial version.

This Wednesday, after announcing to Carlos Calderón that his contract would not be renewed and that he no longer belonged to ‘Despierta América’nor Univision, the team received another blow: and this coming Sunday they will not have the format either.

The official talks about a restructuring in its programming and its contentwhich is coming for this 2023, where the changes would continue. Beyond what we announce that they will have for this yearothers that will be produced in January.

This is how Univision let us know with this statement when asked:

“The Univision News Division has made a strategic programming change that implies the cancellation of ‘Despierta América en Domingo’, effective January 15, 2023. We want to take this opportunity to thank the team that worked to bring the show into the homes of viewers on Sunday mornings.

Almost all employees have been relocated to other areas within the company. ‘Despierta América’, winner of the Emmy award, will continue to air every weekday at 7 AM Eastern time on Univision“.

The unofficial version, beyond the changes in the programming, speaks of a failure that would come from the sales department of the chain, why? Because, as we have told you on other occasions, ‘Despierta América en Domingo’ had a great acceptance in the public. and if well It is true that it is easy to say ‘it has a rating’ in a space where there was nothing before, it is also true that it has proven to sustain itself and grow over time. to such a degree that made the audience numbers rise for ‘Al Punto with Jorge Ramos’, which was the program that followed. And not only that, many times the rating on Sunday exceeded that of the weekly format.

WHAT WILL HAPPEN TO THE TALENT AND EMPLOYEES OF THE SHOW?

As stated in the official response we received from Univision, almost all of them have been relocatedor they continued with their activities that they already had within the chain. Regarding talent, Jackie Guerrido will continue in ‘First Impact’; Raúl González in ‘Despierta América’ the weekly format; Carolina Rosario in VIX news, 24/7... The question is What will happen to Marie Antoinette Collins? She will do what she loves the most: tell stories like special investigations reporter within the chain, and within news.

As for the rest of the team, those behind the camera, the majority were relocated, except for two producers who were fired due to lack of space and budget.

WHAT WAS ‘DESPIERTA AMÉRICA LOOKING FOR ON SUNDAY?

I had ahead grow ‘the child of success’… The intention was for the Hispanic family to start their Sunday breakfast with information, but more than that with inspiring stories. Because unlike the traditional format, he wanted the protagonists to be the storiess, most of them from the same audience. And his biggest ambition was to ‘make headlines’ every week.

Did they make it? Yes, however they would not have succeeded in getting the sponsors They believed in the format or that the vendors, a department that would have been renovated recently, could convey the spirit of the show that had conquered the audience.

THIS IS HOW THEY ANNOUNCED THE ARRIVAL OF ‘DESPIERTA AMÉRICA ON SUNDAY’:

-Carlos Calderón out of ‘Despierta América’ and Univision

-Luz María Doria on ‘Despierta América en Domingo’: “We are giving birth to the son of a success, where stories are the protagonists”

‘Wake up America on Sunday’ goes off the air

"The love of my life is gone": Daniela Navarro suffers the most painful blow of her life
What are the most anticipated series of the new autumn 2021 television season? Twitter responds
Irresistible offer: Samsung 4K and HDR TV now reduced for 229 euros