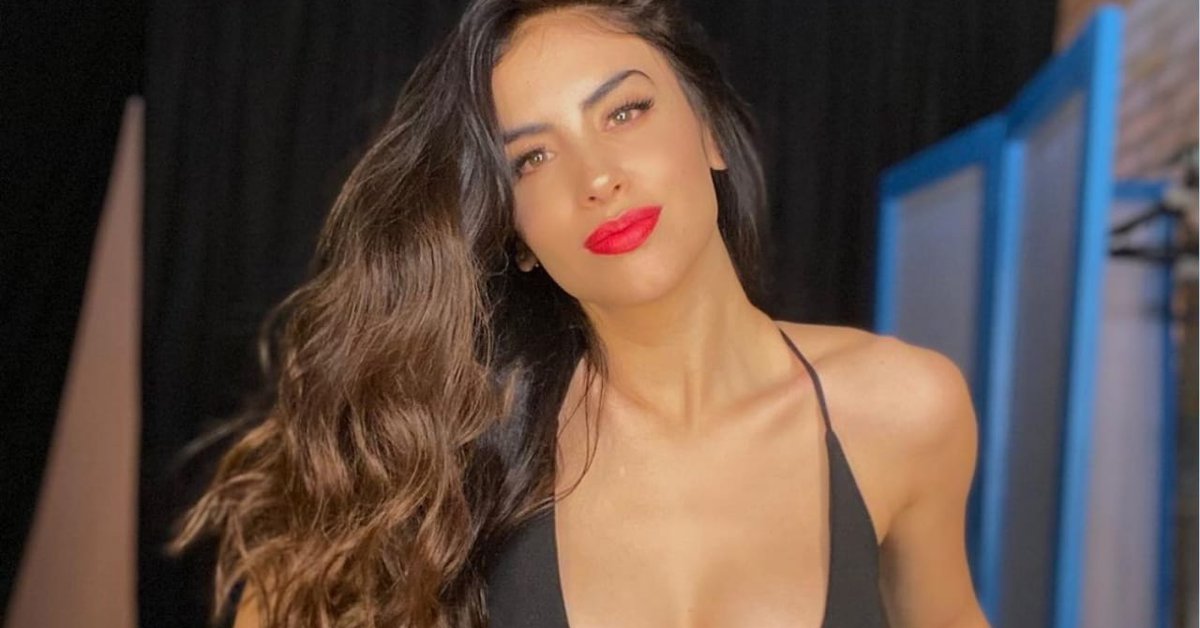 Jessica Cediel is recognized for being one of the models and presenters most loved by Colombians, but also, for being one of the famous ones that responds openly to the criticism that she constantly receives. In addition to her beauty, the Bogota woman has been known for her talent and charisma.

Thanks to her work, the communicator has also stood out on international channels such as Univision in the United States, for the Latin public. Cediel returned to the country last year after having spent a long time on the US channel. At first, the model came to present the section ‘Bingos Felices’ on Saturday nights on Caracol Televisión.

The presenter recently dared to raise the temperature of social networks, when through her Instagram she published a short clip in which she showed all the waste of sensuality that characterizes her, which made many go crazy with love for women.

In the ‘Boomerang’, the Colombian appeared posing in front of the camera with a tight and daring black leather outfit, consisting of pants and high waisted up to her navel and a croptop that kept a deep neckline, exposing its curves and attributes.

This, without a doubt, was what attracted the most attention, apart from the kiss he sent them with his lips painted in bright red color that make a perfect contrast with his long black hair and his perfectly delineated eyebrows, and his white skin that play: quite a perfect set.

“I send you a kiss … see you soon”, was the short message with which he accompanied the description of his publication.

The followers of the communicator did not wait, who took the opportunity to fill Jessica Cediel’s publication with messages and let her know that for them, she is and will continue to be considered one of the most beautiful women and owner of an enviable body.

“Beautiful as always”, “we also send you many kisses”, “magically divine”, “I melt with those kisses”, “this is a lot of womanhood”, “I do not understand why you are so perfect” and “you are beautiful and those lips make you make beautiful ”, some of the netizens indicated.

This is not the first time that the former presenter of ‘Bingos Felices’ of the Caracol Channel, makes her thousands of followers sigh, because on another occasion she would have already made a publication with a similar outfit on the occasion of the reality show for motorcyclists.

Just as I had announced days ago, last June 26 was the last transmission of ‘Win bingo’, of ‘Happy Saturdays’, which featured the presentation of the model Jessica Cediel, who made the decision to fly away to carry out his new professional projects.

In that sense, the 39-year-old model published through her Instagram account a video through which, in the moments before her last show on Caracol Televisión – at least for now – she explained the feeling that invaded her after finishing its participation in this segment.

“I feel guayabito”, Cediel said with a ‘lump’ in his throat, although he admitted that embarking on a “new adventure” is something fair and necessary for his professional life.

In addition, the production team of the popular program organized a small but heartfelt farewell during the broadcast and, there, the emotion was on the surface among those collaborators they shared with Jessica Cediel in this experience, to whom they gave a bouquet of flowers and dismissed with loud applause.

Junior fans vandalized the team headquarters during a sit-in for the departure of Teófilo Gutiérrez
On penalties, Colombia eliminated Uruguay and is a semifinalist of the Copa América