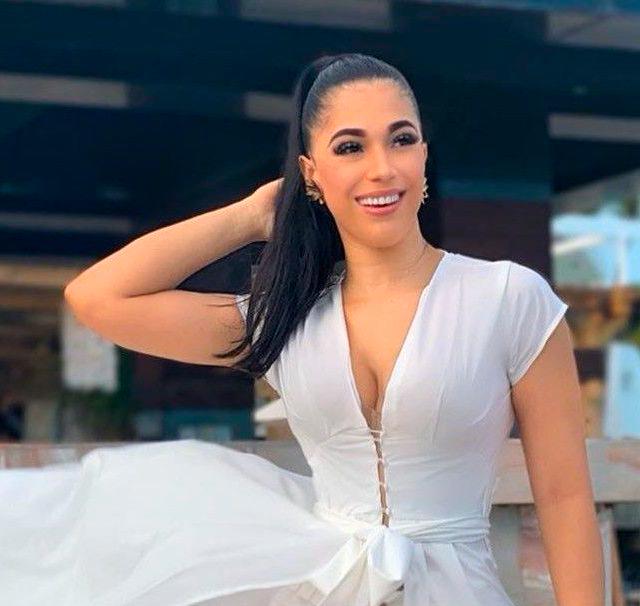 This Wednesday various national media echoed the arrest of several people, involved in the so-called Operation Falcón, among them Juan Maldonado Castro, head of the General Directorate of Comunidad Digna, and model Dinabel Gómez. However, the arrest of the latter had not been confirmed. Up to now!

Free Journal confirmed through his correspondents in Santiago that the also influence She was arrested by the Public Ministry for her possible connection to Operation Falcón, an investigation that is pursuing a network accused of money laundering and drug trafficking.

In a video to which Free Journal had access, the ex-partner of Franklin Mirabal is observed walking handcuffed and escorted along with the other detainees Juan José de la Cruz Morales, José Alejandro de la Cruz Morales, María Olimpia Tavarez, Lenin Bladimir Torres Bueno and Delfina Asunción Polanco, among others.

In a press release, the Attorney General’s Office reported that more than 60 prosecutors, coordinated by the General Directorate of Persecution of the Public Ministry, have led the operation since dawn on Wednesday, in which more than 200 agents of the National Control Directorate also participate. of Drugs (DNCD).

In the raids, which are still in progress, the authorities have seized dozens of personal and real property, including fuel stations, high-end vehicles and luxury watches.

Deputy Attorney General Yeni Berenice Reynoso stressed that the operation is part of the actions that the Public Ministry is leading against organized crime.

“The operation is in process, which is why we will offer more details later, but we can anticipate that it is a complex investigation carried out by the Public Ministry under the guidelines of Judge Miriam Germán Brito,” he said.

Within the framework of international cooperation against organized crime, the operations are carried out with the support of the Drug Control Administration (DEA) of the United States.