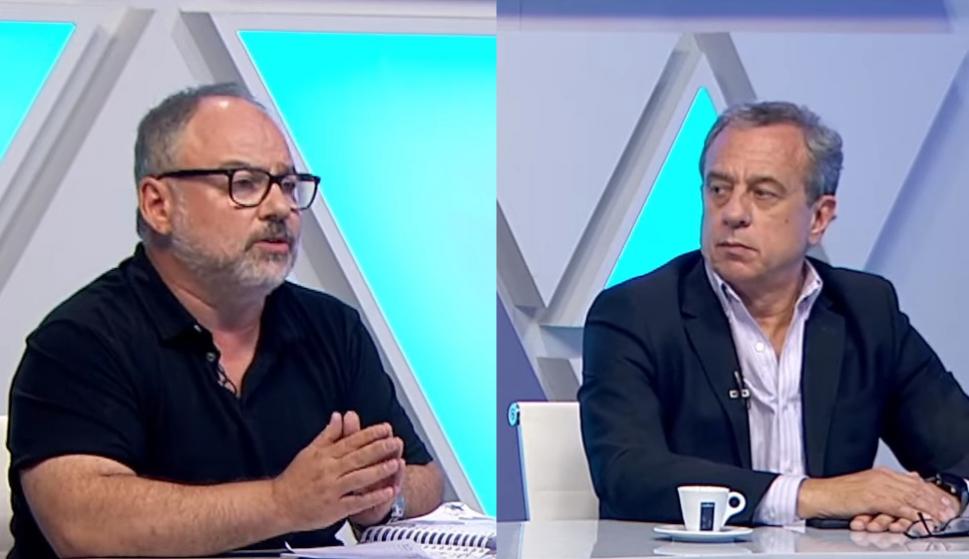 Fernando Marguery and Alejandro Camino staged a heated debate that began in the air of This mouth is mine, but it escalated later. Some versions indicated that the panelists had been “beaten” in the studio of the tallk show, which was denied by one of the protagonists.

“We had a strong, very strong discussion, with some insult included but then we talked, we shook hands and we apologized,” Marguery told TV Show.

It all started last Thursday with an on-air exchange on the government’s decision to renew the concession of the Carrasco airport to Puerta del Sur, in addition to granting it another six air terminals. Camino put a cloak of suspicion on the political decision and Marguery left him at the crossroads.

“I do not like that companies and businessmen put money in electoral campaigns”; Camino said in the last block of the program. Marguery rejected the comment and asked for proof. “You are making an accusation. Camino is saying that the Broad Front and the National Party are returning a favor to Eurnekian … It is a serious accusation that you are making.” “You have to put the names and the evidence on the table,” the Radio Rural journalist later said.

Although the issue branched off with opinions from other panelists, once the program was over, Camino and Marguery argued again, but this time in harsh terms.

The panelist told TV Show that the professional bond between the two is intact and in fact, this Monday they shared the program again.