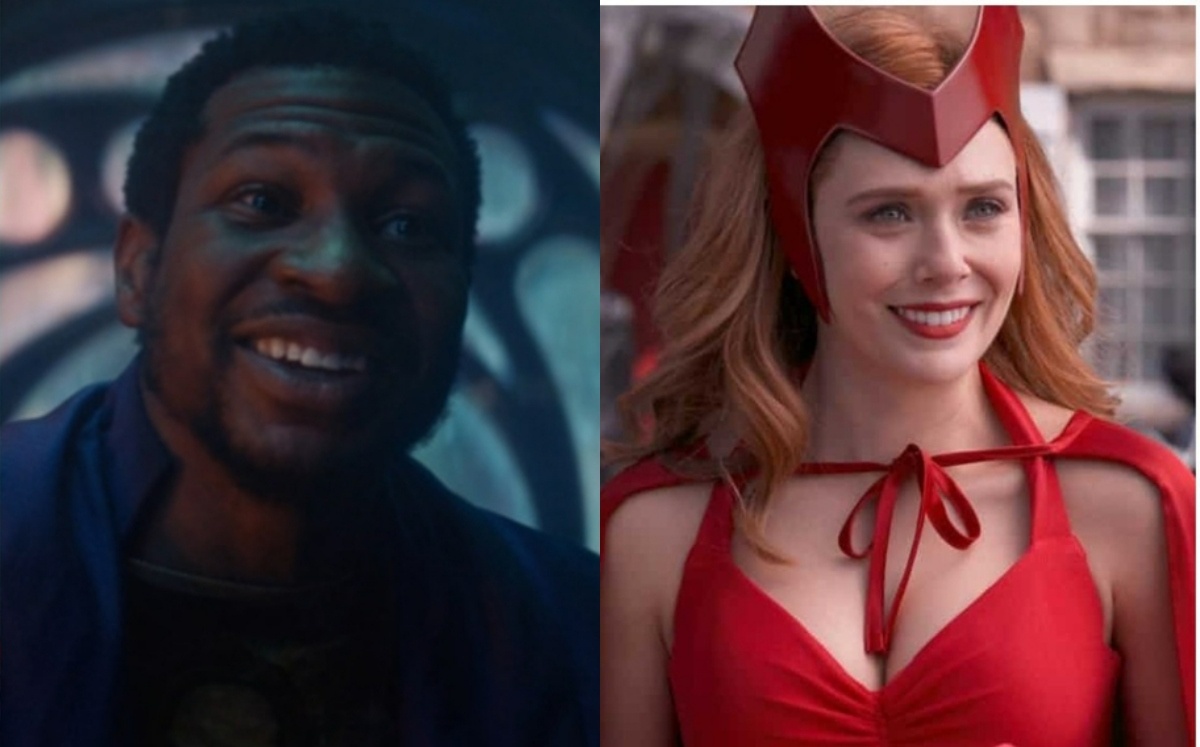 After the dramatic and uncertain ending of the series of Disney Plus, Loki, fans of Marvel Cinematic Universe (UCM) were left with more questions than answers, and it is not for less, if we think that the series of ‘God of deception’ and Kang the Conqueror It would strongly related to WandaVision and the Scarlet Witch this according to some theories that cross the internet.

Through different digital platforms, run a video where the latest episodes of the series are played simultaneously: ‘The end of the series’ by Wandavision and ‘Eternally. Always of Loki. However, something very curious happens, and it is that both seem to coincide at minute 27:30 in their respective season finale.

On the one hand, in WandaVision, we see the protagonist, Wanda Maximoff, in the final showdown against Agatha Harkness, an evil witch. The confrontation ends with one of the most emblematic parts, and that is when reveals the true power of the Scarlet Witch.

Simultaneously, in Loki, we see the scene where Kang the Conqueror talks to Loki and Sylvie in their office; However, he begins to feel a strange event, and coincidentally the rhythm of the scenes coincides, being proportional the expression of Kang with the conversion of Wanda, and more or less stays quiet by the time Wanda finishes her transformation.

We leave you this video, so you can confirm it yourself, but you can also go to Disney Plus and play in those minutes at the same time.

“We have crossed the threshold (nervous laughs). I told a lie, I lied a long time ago when I said I know how it will turn out. I know. I knew … everything up to a point, and that point was … seven, eight, nine, ten seconds ago, now. But now I have no idea, I have no idea what is going to happen now. And i was sincere“Kang says, as Wanda takes the decision of leaving Agatha as an inhabitant of her fictional town, Westview.

After that, later in the chapter on Loki, Sylvie murders Kang, and a strange reconstruction of the A occursTemporal Variation Authority, so the theories suggest that branching will be the key to this phase 4, while different versions of Kang, who will appear in Ant-Man and The Waps: Quantumania, would appear, as he himself warned in Loki.

How is the conversion of Wanda Maximoff in the Scarlet Witch with the Threshold? For now, there are more questions than ever regarding the Marvel Cinematic Universe.

Coincidence? This says the director of Loki

In an interview for the YouTube channel SUPES, the director of Loki, Kate Herron spoke about the strange event that occurs and that seems to unite WandaVision with LokiHowever, she spoke of a coincidence on her side.

“Interesting. It was definitely a coincidence on our side. We were in post production when ‘WandaVision’ came out on TV.so I think it’s probably a coincidence, ”said Kate Herron.

But it was not closed to the fact that it was an error or something like that, since it encouraged the theories to remain alive despite ensuring that it is a simple ‘coincidence’ on their part.

“However, I would not want to close any theory, it is fun“He said without specifying that there is definitely no relationship between the two events.

Mirtha Legrand targeted eltrece and, without naming him, against Adrián Suar: "I was disappointed"
Jorgelina Aruzzi, Luciano Castro and the debut of The First of Us: Friendship in the limit moments a...
Why understanding Russian TV propaganda is crucial