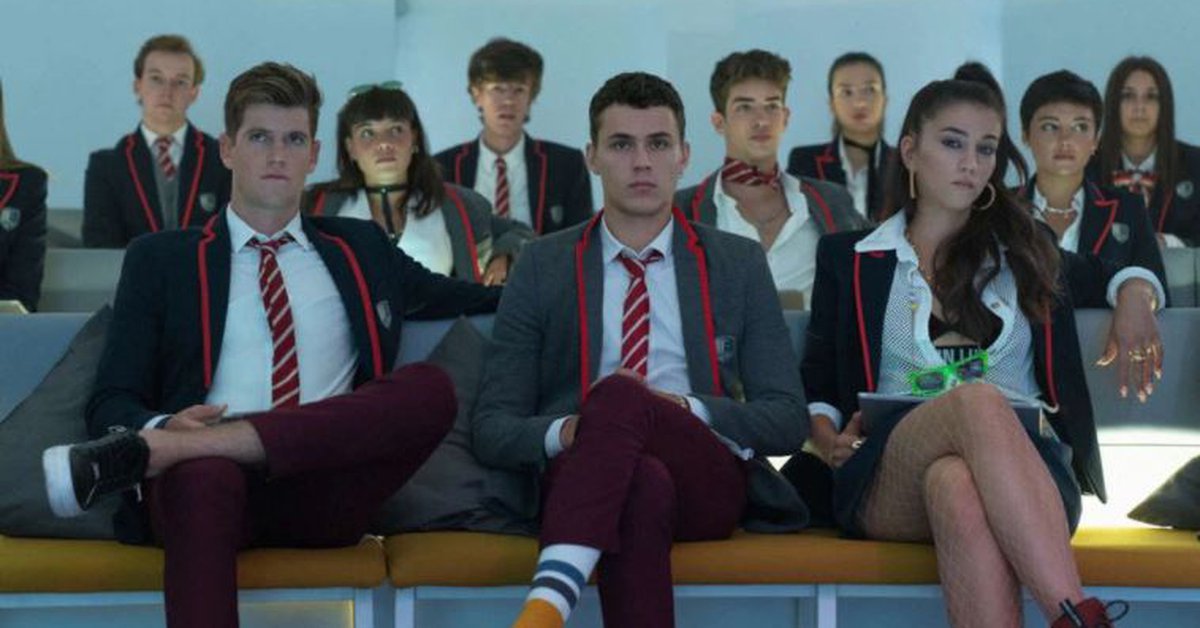 Elite It could be defined as a series for adolescents, with many stories about relationships between young people, the search for identity and the possibility of feeling the freedom of the last years before entering adulthood. In the three previous seasons we witnessed a group of privileged boys who attended a school, Las Encinas, of high academic level, but living up to the name of the series, an extremely elitist place with all that it means.

As a way to open the doors to the outside world, the plot began when three adolescents of a different socioeconomic level from the rest of the students were awarded scholarships to be part of this education. Thus, without lineage or illustrious surnames, they joined the institution, with the intention of fitting into a world of comfort and waste of money.

Elite it was not aimed at reflecting the reality of any adolescent we meet. Maybe that was not the original idea. The lifestyle of these students is far from the universe we have in our mind or the memory of the personal experiences of each viewer. Running the risk that sometimes social networks also generate, that is to say, a fantasy world for the outside but that does not sustain itself on a day-to-day basis, the series became the one chosen by the younger audience (and also by the not so young man, let’s be honest).

Thus comes a new batch of episodes this Friday to Netflix in which new characters are added, with a new director Benjamin (Diego Martin) and their three children Ari (Carla Diaz), Mencía (Martina Cariddi) and Patrik (Manu Rios), somewhat whimsical and full of intrigue that will be revealed throughout the episodes.

In communication with Teleshow actors Itzan Escamilla (Samu) who is part of fiction from the beginning and Carla Diaz, which is incorporated in this season, they told how their characters are going to be outlined in this fourth installment.

—Itzan: your “Samu” is one of the students already installed in the series and very loved by all but he always encountered many conflicts, what is the new thing that we are going to see about your character?

—Itzán: Well, he frees himself a bit from all the drama that had been dragging on from previous seasons and he faces new problems in a new relationship with Guzmán and also a new character that enters his life that is Benjamin, the director that opens the doors to a story different from what we are used to seeing in Elite, beyond sexual relations and bonds. It is the father figure that appears to Samu, who has been absent in his life and now opens the doors of a new world, of possibilities of ambition.

—It’s like your character always has to be always testing the idea of ​​“I can be here, I can be part of this group”, it’s a struggle that never ends, right?

—Itzan: I have not faced it so much in the fourth season as a test but already more as Samu is already included there, that is, despite not having the same economic possibilities or the same life as the rest, already form part of that circle. But it is true that there is a bit of “proving myself”, of showing me that despite not having the resources that the rest have, I can. And the figure of Benjamin also represents a bit of that, the reflection of someone who, out of nowhere, has managed to be part of this type of elites. Well, we’ll see how this whole story goes with him.

—And in your case Carla, how was joining this series? Your character is a bit motherly to the rest of his siblings. How was that character building, Ari?

—Carla: Well, he’s a character that I really like and I’m really enjoying playing him. Yes, it is true that at first it was a bit difficult for us to understand and know which direction to take Ari, because I think he was a character who, according to what was written, could take many directions at the same time. And in rehearsals with the directors and with the entire cast, we gradually found the direction we wanted to take it and I think that, in the end, it turned out to be very interesting.

– And how was joining this phenomenon that this series became?

—Carla: The truth is that once I entered the series, the filming was in my mind, it had not yet reached the premiere. I really wanted to because it was a series with young people that I thought could be a lot of fun, and it has been. And then the boys were telling me themselves, about what that exhibition was like and there it did enter me as a little more scared. But, but hey, I go living day to day and see how it goes.

—Itzán in your case, did you receive messages on social networks from remote countries or something that you remember as bizarre and that happened to you with this series that you can share with us?

—Itzan: (Laughs) Of all, I do not frequent the message requests much either, I am not too aware, but the strangest thing, that made me very funny was the people who write you the shopping list in your conversation. They kind of take it for granted that you’re not going to respond and then they use it as a shopping list journal and so forth … and that was hilarious.

The fourth season of Elite is now available on Netflix.

New version of Interview with the vampire, the return of The Morning Show, the case of María Marta García Belsunce and all the information from the world of the series
Alone with Omar Sy, the protagonist of the series Lupine: “My character is the French James Bond”