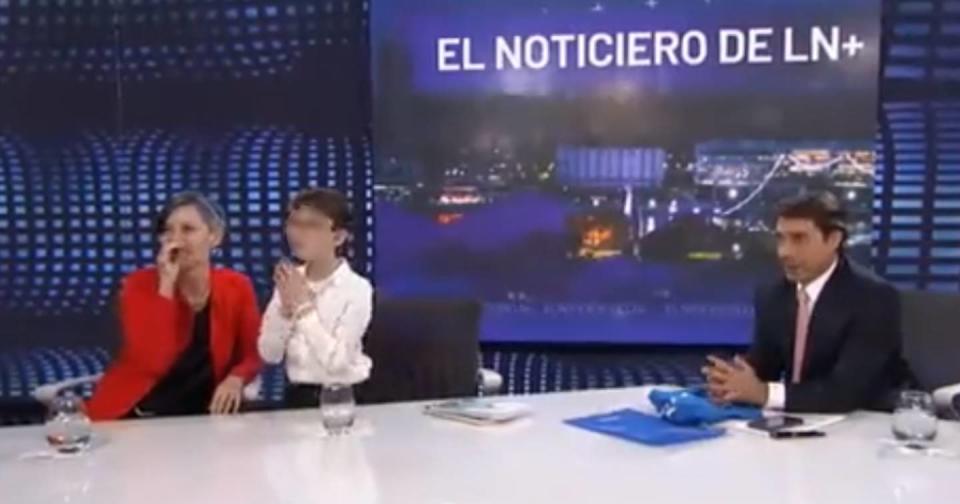 Argentine journalist Eduardo Feinmann interviewed a boy with autism named Ian Moche, who explained various aspects of the disorder to him, however, he made an unfortunate joke that scared the minor.

“Autistic people are people who are often very, very literal. For example, many times we don’t understand jokes”, Ian explained during the talk that was broadcast on the LN+ channel.

Later, the presenter made a joke that scared the little boy: “Bye, Ian, thanks! They’re going to kill me. You’re going to get me kicked off the channel!” and added: “look Ian, there is a man there who calls me that”, and he made a sign with his hands on his neck and continued: “they are going to cut off my head”, he joked.

So the minor reacted quickly and began to shout in the direction in which he thought the executioner was: “Oh, no, don’t do it, please!” The little boy looked in shock, however, a The woman who was next to him told him it was a joke, to which the boy replied, embarrassed: “oh, I thought, I thought… I’m very literal, sorry, forgive me.”

The video of that moment was shared on social networks and became a trend, generating negative comments against Feinmann such as: “there are people with different abilities like Ian and there are disabled people like Eduardo Feinmann”, “for God’s sake. Eduardo Feinmann is the worst person on Argentine television”, “Eduardo Feinmann is an Argentine ‘journalist’ who always finds a way to fall lower and be more miserable. It is not the first time that he has been violent with a boy or a girl.”

The minor, who uses his social networks to talk about autism, was not bothered by the journalist’s joke, because on his Instagram account, which is deactivated, he wrote: “Today was a wonderful day. I met Eduardo Feinmann. I was a little nervous because they told me that he criticizes a lot, but they know one thing: the note was beautiful. I deeply believe that being different is fun. I love you very much Eduardo Feinmann, thank you for inviting me.”

For his part, the presenter wrote on Twitter that he is supporting the minor to recover his social profile: “I want to tell you that Ian’s Instagram account was closed, a means by which he promotes his projects and talks about autism, we are already doing everything possible to May I get it back soon.”

Tunden driver for making a joke to a child with autism