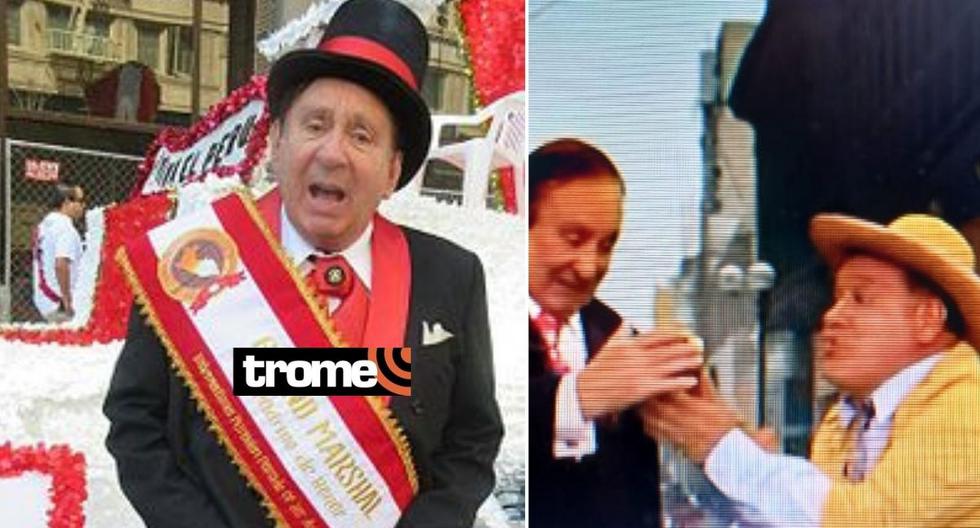 Tulio Loza regretted the abrupt departure of the comedian Willy Hurtado due to the coronavirus and recalled that last year they worked together on his program, which was broadcast on Willax TV, ‘Tulio Presidente’ where he played the character of ‘Chauchilla’. ‘El cholo’ Willy died in the Villa María del Triunfo hospital where he was hospitalized in an emergency, a few weeks ago, when he was infected with this terrible disease.

“I feel very sad, I am saddened by his departure. This virus is taking away many talented people and when the closest environment touches you, fear takes hold of you. I do not think that any ‘steel cholo’ does not feel that the floor is moving because of this evil“, He said.

You and Willy worked together last year …

Yes, in the program ‘Tulio Presidente’, he played the character of ‘Chauchilla’, very responsible with his work, with a spark and agility on the surface to follow the scripts, very talented.

WATCH THIS: Willy Hurtado, better known as ‘Cholo Willy’, passed away due to COVID-19

Did you know each other before your foray into Willax TV?

No, but he knew of her talent. He started out as a traveling comedian and then made the leap to television, I always saw him on comic shows where he participated and stood out, until we finally got together at Willax.

Claruu! … on top of that he cannot be accompanied or fired and that is despairing, this is what happened to me a few days ago when they commented that he had passed away, I was distraught, but then they told me that he was still fighting for his life, unfortunately he left us peace.

Are you already vaccinated?

Yes, but I still take care of myself because one can be protected, but this virus grabs you and knocks you down. Also, I’m already an octogenarian, now they tell me: ’11 chelas’, because one more and I’m going to the drawer, ha ha ha.

IT MAY INTEREST YOU: Willy Hurtado, remembered comedian, almost died in assault [VIDEO]

As well as Tulio Loza, regretted the departure of ‘Cholo’ Willy Hurtado, Román Gámez, ‘Uncle Ronco’, He expressed his pain through his social networks where he left a meaningful message for the comedian whom he called ‘son’.

“I feel very sad I feel that I lost a son because I love you that way, you fought to the end. I know that your brothers Manolo, Nicho, Walter, Lucho are as affected as I am, all of you came into my hands together and knowing how to listen and wanting to grow, went far, I want to send my deepest condolences and all my support to the entire Hurtado family. to his wife and children. Rest in peace son Willy Hurtado ”, posted.

Manolo Rojas He also said goodbye to his friend and brother, because since he was admitted to the Villa María del Triunfo hospital, he was aware of his health and asked for prayer chains for his speedy recovery, which did not occur.

“Brother Willy Hurtado, you fought to the end, I had hope… your friends were pending and we united in prayer with the family, Uncle Ronco, Nicho Ortiz, Julio Landauro and Los Roperos. There is great pain for your departure … ‘atirrín‘”He posted on Facebook.

YOU CAN ALSO READ: