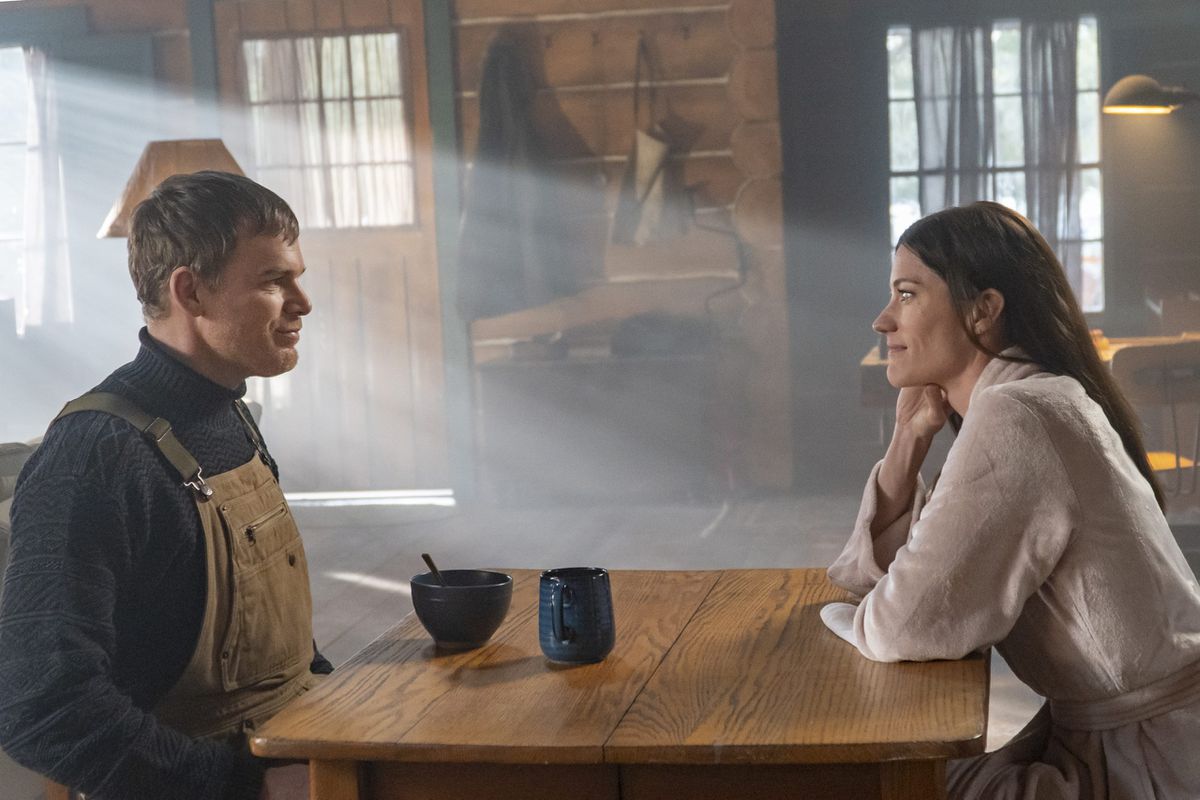 After eight seasons, the television life of literary character Dexter Morgan ended in 2013, ranking among the least satisfactory closings on recent television. Taking into account the great popularity of the character and that the fashion to re-release past hits has recovered dozens of productions in recent years, it was a matter of time before the famous serial killer returned and his particular code of ethics, which forces him to kill only murderers.

Dexter: New Blood premieres this Monday, November 8 at Movistar +. In his new life it is colder. The character played by Michael C. Hall In that controversial ending, he left the bright Miami and the police station where he worked, the place that provided his victims. Now he lives in the fictional, frozen and monochrome town of Iron Lake, New York, a very small and isolated place where it is difficult to find new enemies. He hides under a false name, Jim Lindsay, and remains in abstinence. Just use an ax to cut tree trunks. But his past resurfaces in the snow and, with it, his dark passenger, as he calls his violent impulse.

For Michael C. Hall, returning to character was an unavoidable affair after the disappointment felt by his fans. “That final chapter left things too open and I understand the negative reactions. But to explain what happened to Dexter and how complicated relationships with his loved ones had become, we needed the years to literally pass by. A jump in time didn’t help us ”, explained the actor in mid-October in a telematic conversation.

“This is not season nine of Dexter. We wanted to make it clear that a decade has passed since the last time the viewer saw the character ”, clarified Clyde Phillips, one of its main creators. This reboot, a 10-chapter fiction with a closed ending, is especially complex for a production that clung to the rituals and liturgies of its protagonist for years. With them, the serial killer controlled his instincts and the story built an original narrative voice, through recurring phrases in the script and the memorable soundtrack by Daniel Licht. Dexter: New Blood he is forced to find a balance between the codes of the past and those of this new beginning. “We have had to invent new rituals, but who are we going to kid? This is Dexter. People are going to die again ”, advances the person in charge.

A villain to match

Phillips took over the first four seasons. It was his most successful cycle and reached its peak with the presence of the villain Trinity, played by John Lithgow. The supporting actor will, in one way or another, appear in this new batch of episodes recovering the character who gave him one of his six Emmy Awards in 2010. “I think it will satisfy our fans and it will be the way to connect them with the past of the series,” says Hall, very cautious not to gut the plot ahead of time. Debra will also return, Dexter’s sister played by Jennifer Carpenter, who has become the new voice of the protagonist’s conscience.

Kurt Caldwell’s abuse of privilege is the enemy Dexter Morgan faces in this batch of chapters. It is about a beloved man in Iron Lake, someone who made his fortune running large oil companies, like his father, and who has ended up controlling the economy of the place and the lives of its citizens. Around him there are other more abstract antagonists, such as racial tension and class difference, Phillips confirms: “We had to take the story to 2021 and say that these and other elements, such as harassment, opioid crisis and the denial of climate change are the order of the day in American society ”. Michael C. Hall, who also serves as an executive producer, emphasizes “the explicit desire that the plots refer to current political reality.”

With the turn of the century a generation of antiheroes was born who became the center of the story. Along with Walter White from Breaking Bad, the nurse Jackie Peyton or the amoral detective of The Shield there was Dexter, a murderer who made viewers sit in front of the television every week to celebrate his acts. The actor who plays him believes that his had something special: “They are all relatively normal people who decide to go into their dark side. Dexter does the opposite, ”he points out. For Phiillips, it was “Michael’s talent and charisma” that made people love the character. “It also helped the voice in off that we created to describe his vulnerabilities “, continues the producer, who more than 15 years ago was in charge of changing the script of the pilot chapter” various details that would have turned Dexter into someone brutal, incapable of awakening people’s empathy “.

Despite the dramatic change of scenery, the phrases with which the character defined his dark passenger in those first minutes of the series continue to fit in Dexter: New Blood: “This night is the night. And it will happen again. And again. It has to happen ”.