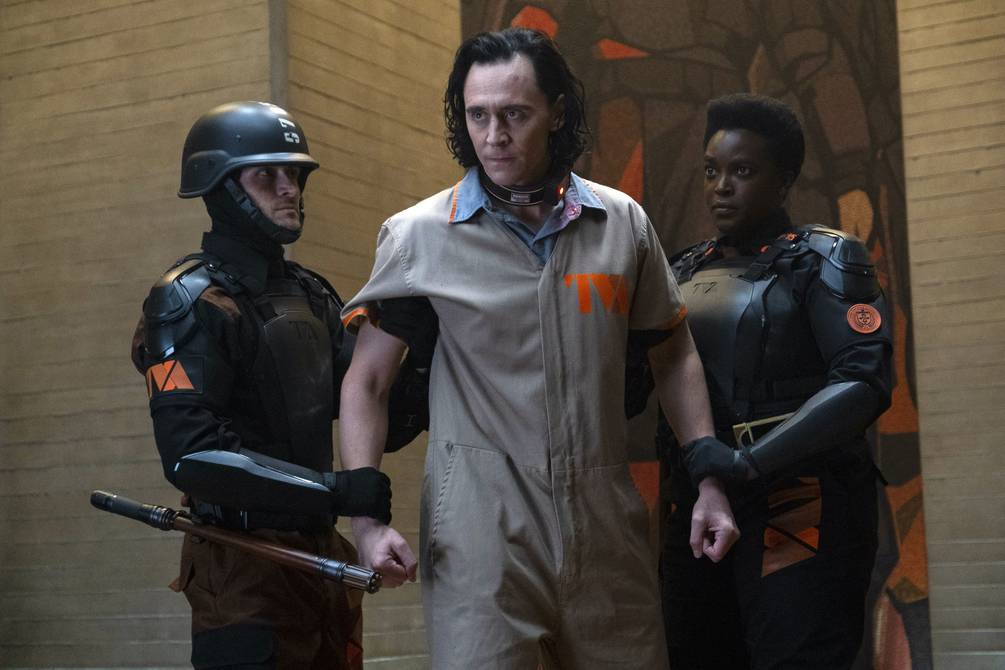 Hiddleston surrounds himself in this new series of actors like Owen Wilson, Gugu Mbatha-Raw and Wunmi Mosaku.

The most irreverent and elusive villain in Marvel disembarks on television with Loki, the new series of Disney + which, according to the actor Tom Hiddleston, explore the true essence of this charismatic character.

“What I love about this series is that here Loki appears deprived of everything that is familiar to him”he said this Monday at a virtual press conference.

Hiddleston advanced that in Loki, which premieres Wednesday on Disney +, his role does not have his brother Thor (Chris Hemsworth) next to him, he is very far from his homeland Asgard and also does not have all his powers.

“If you remove all those things that he has used to identify himself, what is left of Loki? Who is he? (…) What makes Loki Loki? Is there something authentic about him?” He wondered.

Arrogant as well as witty, self-centered but also charming.

Through six films of the Marvel Cinematic Universe (MCU, in English), Loki has presented himself as a character straddling good and evil and now he has the opportunity to shine alone with the third Disney + series about these superheroes after the successful WandaVision Y The Falcon and the Winter Soldier.

Hiddleston surrounds himself in this new series of actors as Owen Wilson, Gugu Mbatha-Raw and Wunmi Mosaku to shape a story in which ironic humor and a detective plot go hand in hand through jumps in time.

Travels to the past and future

Within the increasingly convoluted mythology and timeline of the MCU, Loki part of a flashback in Avengers: Endgame (2019) in which this character vanished after touching the tesseract, a powerful contraption that allows teleportation.

From there, those responsible for the series “resurrect” Loki, who had died in Avengers: Infinity War (2018), making him the protagonist of a plot that travels back and forth in time.

However, in his leaps from the past to the future, he runs into a body of officials, as inflexible as they are funny, who are in charge of guaranteeing the correct flow of the chronology of the universe and that will remind Spanish fans of the adventures of The ministry of time.

Kevin Feige, president of Marvel Studios and the main architect of the MCU, admitted that the story of Loki had not been well closed with the last two tapes of the Avengers.

In addition, the creator of this new series, the screenwriter Michael Waldron, He noted that the element of time travel was “an opportunity for chaos and fun” around Loki.

For her part, the director of Loki, Kate herron, explained that movies of David Fincher What Se7en (1995) or Zodiac (2007) were very important for the aesthetics of the series, especially in terms of the mystery story that the protagonist must solve.

The signing of Owen Wilson

One of the great bets of Loki is the signing of Owen wilson in the role of Mobius, an official of the time obsessed with order, a job well done and the usefulness of administration.

Wilson He said he was delighted to join the MCU and was surprised by the great level of “secrecy” that surrounds a Marvel production.

In addition, the American actor commented that the dynamic between Mobius and Loki, whose personalities could not be more different, develops in the series as if it were “a game of chess.”

Contrasting with rookie Wilson’s fascination is Hiddleston’s already very long experience as Loki, which began a decade ago with the film. Thor (2011).

The interpreter said that his character has “a huge range” and defended that there are always “new aspects” to learn from Loki.

In addition, Hiddleston mentioned the “complexity” that characterizes Loki and also thanked that, among the many characters in the Marvel films, his role has received much love among fans.

“There is no doubt that the reason they let me continue playing him is because Loki means a lot to many people and for many reasons”, he claimed.

“A lot of people enjoy his playful nature, his spontaneity and the intrinsic sense of mischief he has. Some enjoy his antagonistic quality and others probably can’t stand him. And I also know that there are people who are attracted to their vulnerability ”, added.

Be it for one reason or another, Loki’s popularity is something that Hiddleston did not want to overlook and for that reason he assured that playing this character is “very gratifying” for him and “a great honor.” (AND)