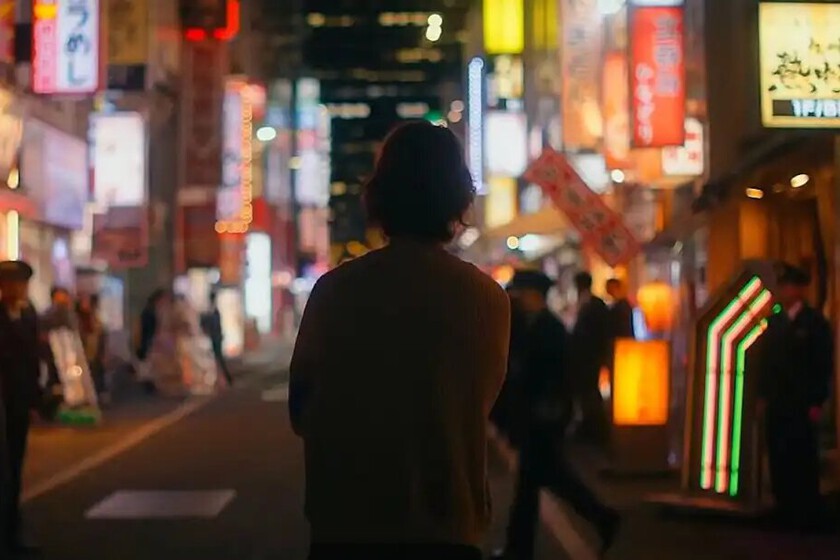 Jake Adelstein is a journalist who tries to make his way in Tokyo in the new series of hbo max produced by Jake Adelstein based on the book by, well, Jake Adelstein. Perhaps this is the reason that its main character is always so perceptive, so smiling, so successful and so loved all over the world (intrinsic xenophobia aside), to a point where it becomes overwhelming. ‘Tokyo Vice’ is a series of journalists, yakuza, police and a sordid world tremendously sanitized that it does not take enough risks and ends up being much more formulaic than it should.

He is the Mann

Eye: ‘Tokyo Vice’ is not, under any circumstances, a bad series, but it is not the fabulous fall into the hell of the Japanese underworld that was intuited in its advances, at least in the five episodes that we have been able to see. And it is that the series itself seems to be afraid of showing the Tokyo of 1999 as a minimally unhealthy or dangerous place. The dark bars have a friendly clientele, the families of recently deceased people open their doors to the press without any problem and even the yakuza kidnap you to the rhythm of the Backstreet Boys.

It seems that someone decided to take the original story and wipe the corners with soap and water to show it as clean as possible, removing along the way the personality that Michael Mann does manage to give in its very good first episode, setting stylistic guidelines that the rest of the directors cannot (or do not want) to follow. The result is sadly formulaic and simple, without artistic watermarks but also without the necessary hardness and rigidity to show that dark and dangerous environment that it tries to reflect. It is okay not to want to go to the action thriller and opt for journalistic investigation, but if we are going to be stuck in offices with gray tones or dark bars all the time, at least the creators could be inventive when narrating the encounters.

It’s more: great credits they prepare you for a colorful and vibrant series, a puzzle that does not exist… And that would have been more interesting than the one we can see. ‘Tokyo Vice’ mixes a wide variety of characters, but their stories feel disjointed, with Jake as the only point of contact. Despite some early stages in which it is sensed that the road is not going to be easy for our protagonist due to the racism of Japanese society, little time passes before all the sidekicks surrender at his feet, from an inquisitive policeman and scoundrel even a yakuza fan of boy bands. The big mistake of ‘Tokyo Vice’ is bet everything on a character’s charisma who is, without a doubt, the least interesting and whose private life, unlike that of the rest of the characters, is a drag on telling the story.


The problems of ‘Tokyo Vice’

A movie could be made with everything that ‘Tokyo Vice’ has suffered until it premiered on HBO Max: the adaptation of Jake Adelstein’s book started as a movie in 2013 who was going to star Daniel Radcliffe, but the project faded until 2019 when it was announced as a television series for the streaming service. Shooting began in Tokyo in March 2020, and you already know what happened in March 2020. While watching the series, it is inevitable that you wonder if this story would work better as a movie.

The answer is, unfortunately, yes. The secondary plots are repetitive and it is not difficult to find the scenes added to lengthen the episodes beyond the psychological barrier of 50 minutes. Although it helps us get to know all the characters better, this story didn’t need 6 and a half hours to tell well: It simmers so slowly and into an end-of-episode cliffhanger that it’s easy to tune out.

Besides, your coral series intention crashes frontally against the focus that the series itself puts on journalistic investigation, which is the plot that clearly interests him the most (without really being more interesting than the goings-on at the club or Karagiri’s paternal protective instinct). But don’t think that everything in ‘Tokyo Vice’ is negative: their dialogues are very powerful and there are a few scenes that have the personality that the, at times, endemic rhythm of the episodes lacks.

To ‘Tokyo Vice’ it lacks spectacularity, yes, but that does not mean that it does not correctly show the city at the turn of the century, either with small details, such as the signs on the streets, or with explicit references, such as the one made to ’20th Century Boys’, by Naoki Urasawa. If you were afraid that they had modernized the time giving a current vision, don’t worry: the tone is very classic. Maybe too much.

They appreciate the risk that twenty years ago they might not have taken by leaving much of the dialogue in Japanesedespite the curious nonsense with the language: it is not strange to see the American character speaking in Japanese and being answered in English, for example. Doesn’t sound fake at alland, in a series that could fall into making it easy for the American public, it is worth noting.

The dialogues are fierce, dry and incisive. Not at the level of the best Sorkin, but it does have great exchanges and phrases for posterity: “There are no murders in Japan” or “A man without enemies is not a man” are just two examples, but there are many more. Everything that the series has of little effectiveness is remedied in large part with a clever script in which there are no small details of humor that lighten much of the usual serious tone and an intrigue that grows as the hours go by. It just takes dedication and desire to get there.


Between smoke and social denunciation

Within its classicism, ‘Tokyo Vice’ takes some unusual narrative paths, denouncing the systemic machismo of Japanese society (which does not prevent that, except for a female character, the rest are escort girls or prostitutes) or xenophobia towards the gaijin, but they are small touches to decorate the story in which they do not finish delving. There is a moment in a shared phone call between Jake and his boss that note written from twenty years in the futurebut it is inevitable not to see with a smile.

To understand us (and I hope so): ‘Tokyo Vice’ is that kind of adult drama series in which, literally, everyone smokes. In each plane there is a cigarette and, if a character says not to smoke, he will end up doing so shortly after. It has a double reading: in part it contextualizes the 90s and in part it is a vindication, a way of saying “Yes, this is HBO, we smoke here”. It’s also true that for a series about nosy journalists, strong-willed cops, and yakuzas, the maximum level of dirt and low funds that is allowed is this.


The escalating intrigue and acid dialogue of the series are great, yes, but also his secondary characters are interesting and strong, with a private life that steals the focus from Jake and his investigations. In addition, the interpreters manage to more than save their roles, with special mention to Ken Watanabe who, how could it be otherwise, gives it his all. On the other hand, this is the sad confirmation that Hollywood has pretended that Ansel Elgort’s accusations of sexual harassment of minors never happened.

Beyond the actors, ‘Tokyo Vice’ sadly lacks its own personality and daring beyond the pilot. You already know what is going to happen, and how it is going to happen, at least in its early stages: the journalist who doesn’t fit in but rises in the newspaper that has just hired him against all odds, the rogue but good-natured policeman, the yakuza member who is more than he seems, the escort girl which is much more than that. These four intertwined lives are more intriguing on paper than on screen. And it’s a shame.

‘Tokyo Vice’ is turned into a sea of ​​promises which only partially complies. The intrigue is simmering too slowly, the plot is interesting but diluted and it lacks the style and personality that its dialogues and opening credits do have. If you are a lover of the most classic journalistic investigation or a confessed Japanophile, it is very likely that you will end up hooked on this story of yakuzas, journalists, police, corruption and money in 8 episodes. Otherwise, it is possible that, despite Michael Mannthe common places and the little personality of the episodes make you fall by the wayside.