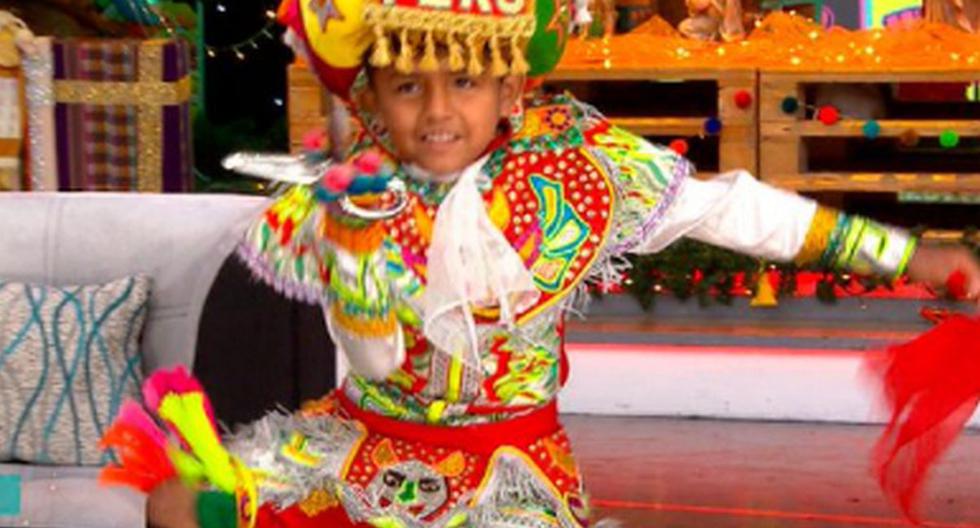 The world learned of his art thanks to a viral video recorded three years ago that caused a sensation in TikTok and today his story moves more than one for being a child who does not stop dreaming and has a very marked goal: to become a great internationally recognized scissors dancer. Luis Ángel Carrasco is a great dancer who at eight years of age is the pride of his grandmother, who already has the support to register the stage name of her grandson and no one else uses the word ‘Tilín’ in viral videos. How a star made his television debut and here we share all the details of that exciting moment.

A recording in which he appears doing the scissors dance and is animated by a young man who tells him “That, Tilín! Come on, Tilín! “ and then give him a 50 cent coin for his art, he stole the hearts of young and old in every corner of the Internet. It was the year 2018 and he reached fame in various Latin American countries.

Time passed and the video made by Jesús Herrera Villamonte continues to sweep in TikTok, a social network that today also houses the videos that Luis Ángel Carrasco records and publishes on his official account @ tilinoficial296712.

The boy who honors the popular dance of the Chanka region of Peru visited the set of the program ‘The chola blowout’ from América Televisión where he made his debut on the small screen as a scissor dancer, this after the character of Ernesto Pimentel gave him his new wardrobe for Christmas. It didn’t take long for the little dancer to put it on and appear like a professional captivating everyone in the studio.

Minutes before putting on the suit, he answered the question of the driver who told him “What would you like to call yourself when you are a dancer” and quickly said excited: “locopara”. According to his grandmother Gaudencia, who takes care of him at home in Comas, this means “Crazy rain”.

Following his fame started in TikTok, the little one indicated that “Many are pretending to be me” and the woman who has his custody also revealed that she dreams of patenting the name ‘Tilín’, because “I don’t want my child’s name to continue to be used in YouTube videos”. Thanks to her visit to the program, Natalia Pinedo, on behalf of the Guido Díaz Pinedo studio, made this wish come true. “We are happy to collaborate in the legal registration of the artistic name of your grandson, covering the cost 100%”said the specialist who will carry out the procedure before Indecopi.

Luis Ángel, the boy who went viral on social networks as ‘Tilín’, was on the ‘Chola Chabuca’ program and was surprised by giving him a new wardrobe for Christmas. It didn’t take long for the little dancer to don his costume as a scissors dancer and wowed everyone in the studio. (Source: América TV)

That ‘Tilín’: the viral video of TikTok that went around the world

‘Tilín’, the famous TikTok boy and the day he made his TV debut as a scissor dancer revealing his stage name