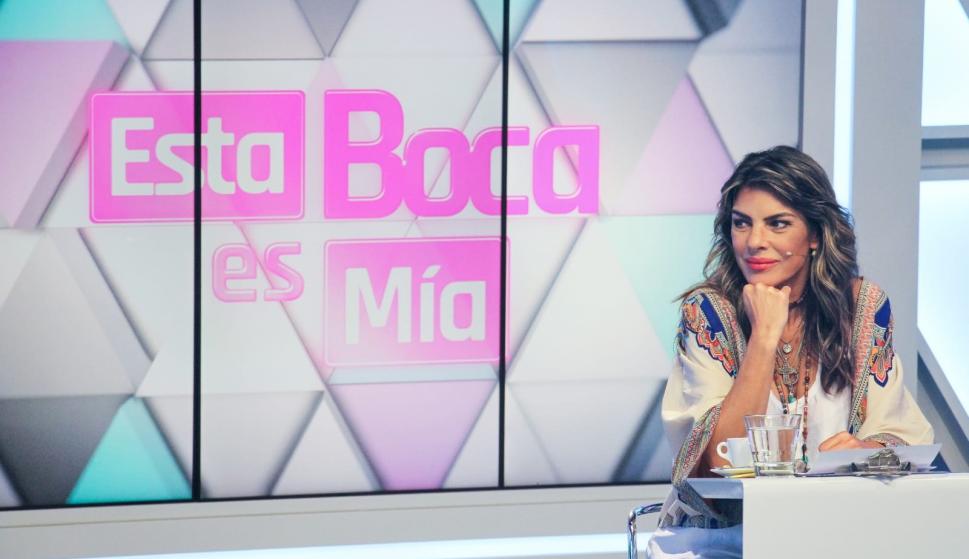 This mouth is mine, the program of debates that Victoria Rodriguez He drives in the afternoons of Channel 12, goes through a series of changes. Last week, the panelists Selva Andreoli Y Alejandro Camino they said goodbye to the format.

According to what TV Show learned, the production in charge of Kubrick Media claimed renewal reasons for the changes. In the case of Camino, he is the panelist with the longest tenure on the program so far, with a presence in five seasons.

In a interview with Saturday Show, driver The morning on the way, He spoke of his departure: “The reasons have to do, as I was told, with a renewal of the panel. At this time I had the feeling that my role and my contribution could be useful in order to generate a diffusion of ideas and of the concepts, but, with all right, it has been understood that this contribution is no longer so necessary at this historical-political moment in the country. “

For his part, Andreoli, closed his second stage in the program after being incorporated in 2020. “That the panelists are rotating is important so as not to exhaust the viewer, because if one already knows what the other is going to say, the dynamism “, commented the host of the format to El País in a interview conducted in June.

Before the year is over, This mouth is mine will have three new panelists, at least for the next summer stage in which a large number of licenses are produced on the talk show. As TVShow learned, one of them will be Valeria Ripoll, Adeom’s secretary general.

Without saying it directly, this Thursday he published a message on his Twitter account referring to his entry into the format: “Today I take on a new personal challenge, it was difficult for me to make the decision, but like everything in my life I am going to move forward. I love to debate, discuss, reflect, learn and that’s why I said yes. It’s another suit that I decide to try. “

Today I take on a new personal challenge, it was difficult for me to make the decision, but like everything in my life I am going to move forward. I love debate, discuss, reflect, learn and that’s why I said yes. It’s another suit that I decide to try … (continues)

“I hope you will join me and give me your opinion, contributions, comments and even advice. I count on your good wishes,” he concluded in his message.

Martha Valfre, who has already made several substitutions in the panel of This mouth is mine He will also be part of the panel in various chapters of the program. In January 2020, Gerardo Sotelo had a crossroads with the lawyer after his opinions about the panorama of the then candidacies of the “multicolored” coalition in the face of the departmental elections in Montevideo. “It seems to me that insisting with a candidate like Sotelo, from the Independent Party, who contributed an almost non-existent percentage of votes, does him a disservice. What people wanted was a change when they voted for the multicolored party. I think Manini represents an excellent candidate and the coalition should close ranks behind this candidate, “he said at the time.

Martha Valfré during her time at “This mouth is mine”. Photo: YouTube capture.

After his words, Sotelo wrote on Twitter: “The panel of @ Estabocaesmia12 unfairly offends us. From @pindependiente no suggestion or initiative for candidacy or slogan came out. It was enough to read the press. Or make a couple of calls. Painful.”

Finally, another panelist who will also take center stage will be the lawyer Fernanda sfeir, who has made several substitutions in the panel of This mouth is mine. For example, years ago she participated as a guest in a debate on gender ideology.

At the end of October, Sfeir published a column in El País, where he referred to the campaign for the LUC referendum. “If the information is manipulated using the National Pavilion, the truth is being disregarded under the flag of all Uruguayans. What happened to us? What happened to them? What place does the honest broad front assume? Of whom, I have no doubts, They are still in the political force, how is it that they allow it? Sometimes it seems that for those who understand that this is the correct way of doing politics, there is no tomorrow, “he wrote at the time.

With these modifications, This mouth is mine reinvents itself. “The polyphony capacity of the program is key. It is about putting all voices to debate and that they rotate all the time,” Victoria Rodríguez told El País. These additions confirm it.

“This mouth is mine” renews its team: who will be the three new panelists?