Today having the ability to watch movies and series on demand is easier than ever from your mobile. But what about live television? If you want to watch free television from your mobile and have all the channels in one place, the best thing you can do is use the IPTV apps, and among them, and which has gained fame for being one of the most complete, you will find Lazy IPTV. Free, it allows you to enjoy everything both from your mobile and from our Smart TV.

The IPTV technology has become fashionable, a success that has conquered pay television, being the preferred technology of the main operators and platforms, but also the pirate market with millions of users who watch pay channels through M3U lists that they buy or download from Internet.

All in all, for this same format, we find some applications that are the most complete and some, like Lazy IPTV, the most interesting. This is a technology that used to distribute video signal over broadband connections over the IP protocol.

This type of video transmission is used by some ADSL, fiber optic and cable operators to distribute their television services. Generally, a decoder is responsible for receiving the packets and displaying them in the form of video on a television, but it is also possible that it is an app, such as Lazy IPTV, on a mobile device such as a smartphone or tablet, or on the computer itself. But, how is this free IPTV app?

Despite needing internet it’s not online tv. Being offered by telephone companies, they usually leave specific bandwidth for it and they work better that way. They usually work from the web pages of the companies. It is also possible that they work through a decoder. And with those, there are solutions as accessible as the free Lazy IPTV.

Let’s say that it is a way of transmitting television online, but in a different way from the process used by other services such as Netflix, HBO or Prime Video, among others. This is because the IPTV signal reserves part of the bandwidth of your internet connection for the TV signal.

In those, Lazy IPTV refers to an app for android devices that allows us to have live television channels from all over the world available on our Android smartphone or tablet. With it you can enter your IPTV M3U lists. Also, you can link to YouTube videos (or VK if you know Russian). It also allows HTTP and UDP and many other formats, which will allow us to add almost any television channel in the app. It will also allow you to organize it as you need.

What advantages do we have with Lazy IPTV

For installation, simply go to the Google store, Play Store, although we have verified how the app has recently changed its name. To which, for its search and use, we will have to download it on our Android device or Smart TV by the name of Lazy Iptv Deluxe.

It works as long as there is an Internet connection, either via WiFi or mobile data. What is necessary for stable playback is to have a speed of at least 10 MB. In this way the channels in full HD will not have buffer problems, nor will the transmission stop. For add the lists it’s as simple as opening the application, entering the ‘New playlist’ section and then choosing the option “From the Internet. Here we put the name and paste the link of the remote iptv list, after the channels are loaded we must press the ‘Save’ button and that’s it.

Therefore, if what you want is to be able to have access today to all kinds of contentincluding the one that belongs to the platforms of streaming most common, you can always choose the option of players or applications such as Lazy IPTV. With it we will have, at the same time, a series of advantages that will allow a better use than with other IPTV apps. 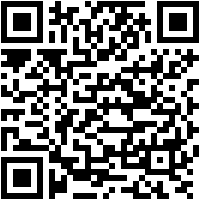 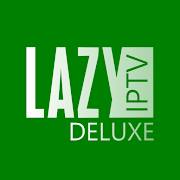 This is Lazy IPTV, the free app to watch IPTV on mobile or Smart TV