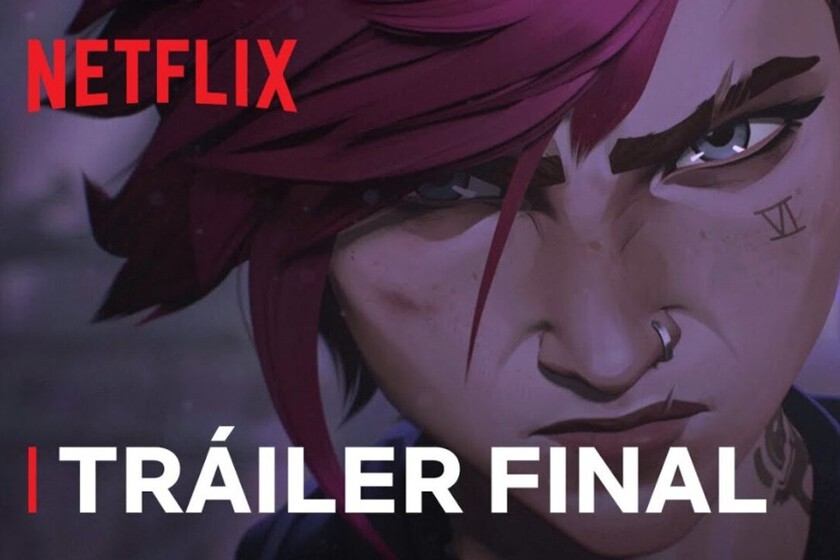 The countdown to the premiere of Arcane on Netflix has started with the release of its final trailer, and this one could not be more promising: the animated adaptation of League of Legends seeks to be a legitimate extension of its universe with Jinx and Vi at the epicenter of the story. Elements that added and put together are an irresistible proposal for fans of the successful MOBA of Riot Games.

Ultimately, the project has been produced by the Californian studio itself and developed by one of its regular partners: the animation studio Fortiche Productions based in France has signed several of the best audiovisual productions of LOL, including el videoclip POP/STARS from K / YES, the virtual K-Pop group formed by champions of the video game itself.

Of course, beyond Jinx and Vi we will see champions directly drawn from Riot’s game, including the Sheriff of Piltover. Caitlyn, the Herald of Machines Viktor and the Defender of Tomorrow Jayce; who will say present along with new characters created for the occasion, including a new character named Silco That doesn’t seem to be up to anything good.


Regarding the plot of the series, Riot wanted to be short on details and give more weight to the action and the visual load through the different advances offered. In fact, the synopsis is intentionally ambiguous, although -like the rest of the production- it seeks to attract especially the attention of the players and fans of League of Legends and, in the process, increase its already brutal reach.

Against the backdrop of the disparate cities of Piltover and Zaun, two sisters fight on opposite sides in a war between wizarding technologies and competing beliefs.

With everything, in addition to the final trailer of Arcane, Riot Games has offered a Dev Diary as a preview. A very special introduction to the universe of League of Legends which you can see right below.

Arcane, Riot Games’ first major animated project, sets three release dates: Netflix will distribute the arrival of its own series of League of Legends throughout November, premiering the first act on the 7th (at 03:00 in the morning) and launching the next two on the 13th and 20th of the same month. And after that? Seeing how much Netflix has bet on video games, it is not unreasonable that new stories and forays into this prolific universe are coming-

This is how good the final trailer of Arcane, the new Netflix animation series based on League of Legends, looks