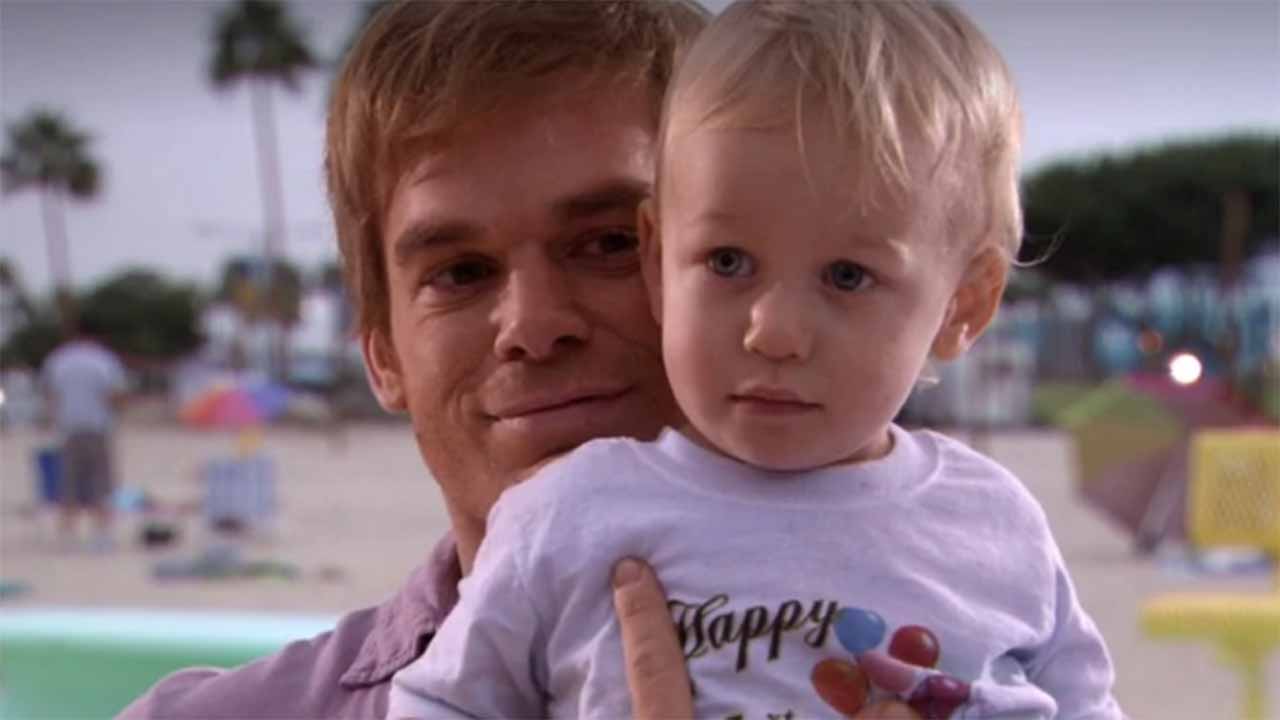 The return of Harrison, the son that the murderer had with Rita, is one of the great surprises of the new installment of the legendary series starring Michael C. Hall.

El premiere of the long-awaited new season from Dexter is approaching, so little do we continue to know new and juicy details about the one they have called Dexter: New Blood, a delivery that arrives almost a decade after the end of the series and that will take up the day-to-day life of our beloved Dexter Morgan -again in the shoes of Michael C. Hall- in his new life away from Miami.

Fiction arrives on November 8 at Movistar +, a day after its original premiere across the pond from the Showtime network. The new season of Dexter will have 10 episodes and for the team it was the golden opportunity to give fans a new ending after the outcome of the eighth installment was not exactly satisfactory.

Although initially the season 9 of Dexter It had been described as a new story starring the murderer but in a different environment and with absolutely different characters, as more details of the series became known, we also discovered that we could enjoy some unforgettable faces, such as Jennifer’s Carpenter as Debra Morgan or John Lithgow as the infamous Trinity Killer.

They will not be the only ones. A new final trailer and several unpublished images of the season have also confirmed the presence of his son Harrison. Yes, do you remember that Dexter had a son with Rita (Julie Benz) in season 4 and that he was in fact the protagonist of the official posters of the fifth installment? Now, as you can imagine, the baby is over grown, but that doesn’t stop Harrison from visiting Dexter as he moves on with his new life.

The person in charge of play Harrison Morgan as a teenager It has been the young interpreter Jack Alcott, a different actor -for obvious reasons- who the series chose in the eighth season to star in a ‘flashforward’.

Entertianment Weekly, which dedicates to Dexter his new number, he had the opportunity to speak with the young actor, who acknowledges that never seen an episode of the series: “I have family and friends who adore her, but I have not seen an episode. I hardly knew anything about her.” In fact, he explains, when he did the test it could not even be known yet that it would be Harrison and the only information he had is that he would have a great relationship with the character of Michael C. Hall.

It’s been a long time that I haven’t seen him and I’ve been looking for him. What I can say is that Harrison has had a very tough time in these eight years. It hasn’t been great. He discovers that his father is not dead and goes to look for him

“And that’s what you see in the first two thirds of the season,” he continues to advance about his plot. “Intermittent appearances as a mysterious stalker. I follow him, trying to confirm his identity, and I am finally able to see him and stand in front of him. It’s a heartbreaking scene.” Will he find out who his father really is? “The series is about their relationship and about two people who do not know each other or want to meet. It is hard when there has been so much space in between,” he says without giving details that he cannot give.

About the new installment of Dexter You should know that now the blood-obsessed killer lives in a fictional little town in upstate New York, Iron Lake, where everyone knows him as Jimmy Lindsay. His life is apparently normal as a clerk in a gun shop and he even has a love affair with the area police chief Angela Bishop (Julia Jones) and goes to therapy. But he’s still a killer. In addition, he cannot prevent the past from haunting him, since his total anonymity will be in danger with the arrival in the area of ​​a young podcaster attracted by the case and main mystery of the season.

Season 9 of Dexter premieres on November 8 on Movistar +.