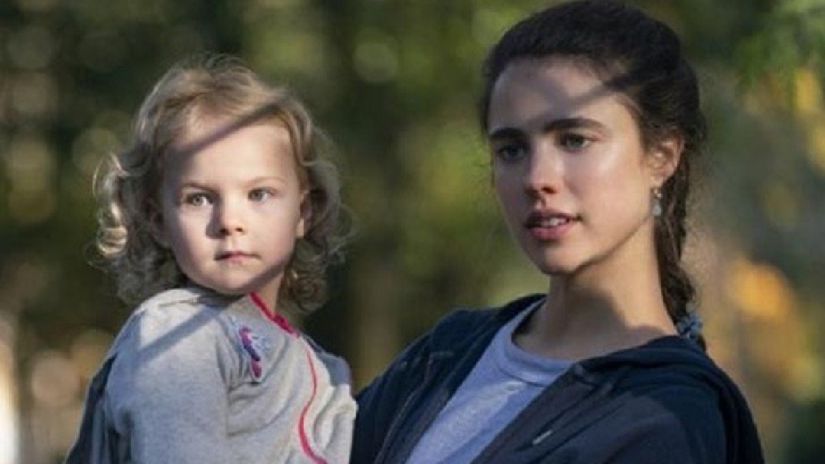 “Things to clean” just premiered in Netflix and it has quickly won the hearts of users for the emotional real-life story on which it is based. The series that has 10 chapters is an adaptation of ‘Maid’, a betseller written by Stephanie Land.

The plot is inspired by the life of the writer who recounts her experience when she abandons her violent husband and finds work cleaning houses to survive and be able to support her daughter. The book was published in January 2019 and became a success, so the actress Margot Robbie and actor John Wells decided to bring the story to the screen.

The true story of “Things to Clean”

When Stephanie Land She was 28 years old and became pregnant by a man she had been dating for four months, a cook in Port Townsend, Washington. This man regularly used psychological violence against them. Desperate for the situation she was experiencing, she said that she went to live in her father’s house, but experienced the same violent situation, so she had no other way out than to seek shelter for people in street situations.

The young woman also said that the crisis she was experiencing put her in a difficult situation, so she had to resort to the welfare system, through the assistance of the Government. She applied for financial assistance with housing vouchers, food stamps, and state subsidies to care for her daughter, as, as a single mother, getting a decent job became a struggle.

Thus, he began cleaning houses for $ 9 an hour. Thus it was that this profession soon became his main source of income, despite the fact that it was exhausting and tedious work. His work tools were two bottles of spray fragrances, a container of powdered detergent, two sponges, a pair of yellow gloves, 50 white rags, two dusters, a vacuum cleaner, and two mops.

This job was done without social security, without sick pay, vacations, and without the likelihood of a salary increase. Over time, he raised money for an apartment deposit that he got from his Facebook connections.

While working cleaning houses, Land never gave up her dream of being a writer and won a scholarship to study creative writing at the University of Montana, where she earned her degree in 2014. She is currently married to Tim Faust, lives in Missoula, Montana, and has four sons and two dogs.

The series of Netflix tries skillfully to reflect Stephanie’s life, a reality many single mothers experience when they decide to escape abusive situations and the internet to fend for herself.

What is Things to Clean about?

The 10-episode series recounts the experiences of Alex (Margaret Qualley), a 23-year-old mother of a two-year-old girl, who makes the decision to separate from Sean (Nick Robinson), her abusive and abusive husband. With no place to live or anything to eat, he goes through an odyssey. Thus, she accepts a job as a domestic worker while fighting through thick and thin to define her own worth, get ahead and retain custody of her daughter.

Actors of Things to Clean

Are you one of those who stays for hours watching what’s on streaming platforms and in the end you end up seeing NOTHING? If so, don’t worry, you are one of us, so we made this episode with you in mind. We recommend WITHOUT SPOILERS what to watch on Netflix, Prime Video, HBO Max and Disney + so that next time you don’t spend time searching and have the fixes. Of course, none of the members of this podcast coincide in their tastes … so variety is assured.