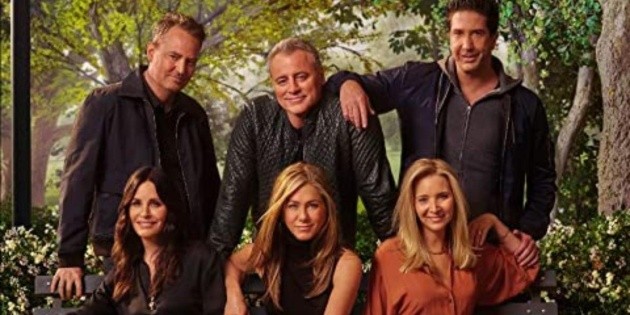 17 years after the last episode of Friends, the special about this series that marked a true milestone in television has just been published throughout the United States and Europe. Through HBO Max, lovers of this story were able to relive the most iconic chapters and, in addition, see the reunion of all the protagonists who returned to the original stage where the comedy was carried out.

Namely, Jennifer Aniston, Courteney Cox, Lisa Kudrow, Matt LeBlanc, Matthew Perry and David schwimmer they were reunited before the gaze of thousands of fans who were eagerly awaiting the arrival of this day. However, Now it seems that someone else was missing for this special moment or, that is what they proposed in an entertainment program in Argentina.

It is about 100 Argentines they say, a trivia that takes place live on the channel 13 screen where the host, Darío Barassi, asks the participants some questions to see if they agree with what 100 Argentines said. And, on the occasion of the premiere of the special of Friends, the show couldn’t help but mention something about it.

Before getting to the question about the most iconic comedy, the contestant answered four questions correctly. But, when Barassi asked him to say a character in the series, he, without thinking, launched: “Tom”. For those who have seen the strip, they will not need further explanation, but for those who have not, the answer is simple, none of the male protagonists plays a character called that way.

So much so that, resorting to his usual sarcasm, Darío did not hesitate to make fun of the participant, in the first instance: “Tom? I always loved Tom from Friends. Listen to me, who has a history with, what is the name of the couple?“He began by saying to which the contestant replied:”I don’t know, I never saw Friends, I threw a name for throwing”. And, after this, the driver could not bear it anymore: “You were very good, but there is no Tom in Friends, what happens that they did not see the series? I do not get it”, He assured quite irritated.