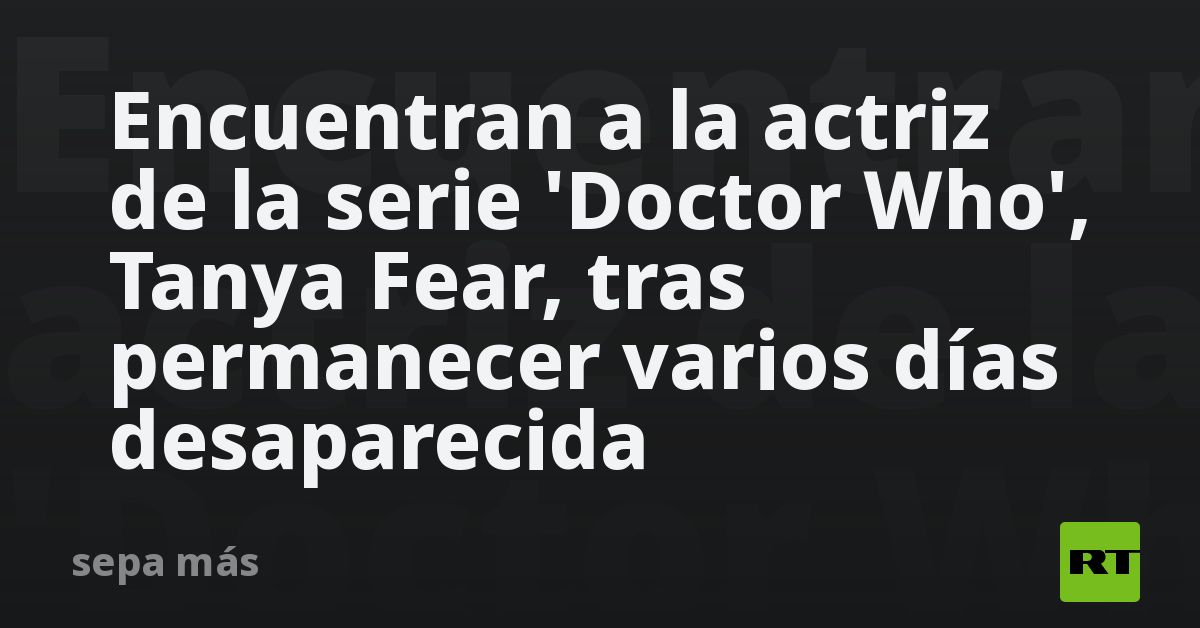 The absence of the artist was reported in the city of Los Angeles, through a statement on Twitter issued by her family.

British actress Tanya Fear, known for her participation in the popular television series ‘Doctor Who’, has been found safe this Monday, after have been reported as missing since Thursday, September 9, reported the Police Department of Los Angeles, California (USA).

In a post on the Twitter account created to find the ‘FindTanyaFear’ actress, managed by her family and friends, reported that the artist is well, along with a message thanking those who participated in her search.

“It is a great pleasure and relief to report that Tanya was found safe by the police today. We understand that it is not physically damaged, but as a precaution, it is being evaluated at a local hospital. We want to thank the police and citizens for their efforts in locating Tanya, as well as their expressions of concern and support over the past few days. Tanya’s family is relieved and very grateful, “the message reads.

The actress was reported missing in the city of Los Angeles, through a release on Twitter issued by her family, where they expressed their concern after not having traces of her and officially requested the Police to investigate the case.

Fear’s family had even stated your intention to start your own search and he was applying for visas to travel to the United States.

In addition to playing Dr. Jade McIntyreen in the series ‘Doctor Who’, Fear had a small role in 2013 in ‘Kick Ass 2’, starred in the series ‘Spotless’ and provided a voice in the video game ‘Need for Speed: Payback’.