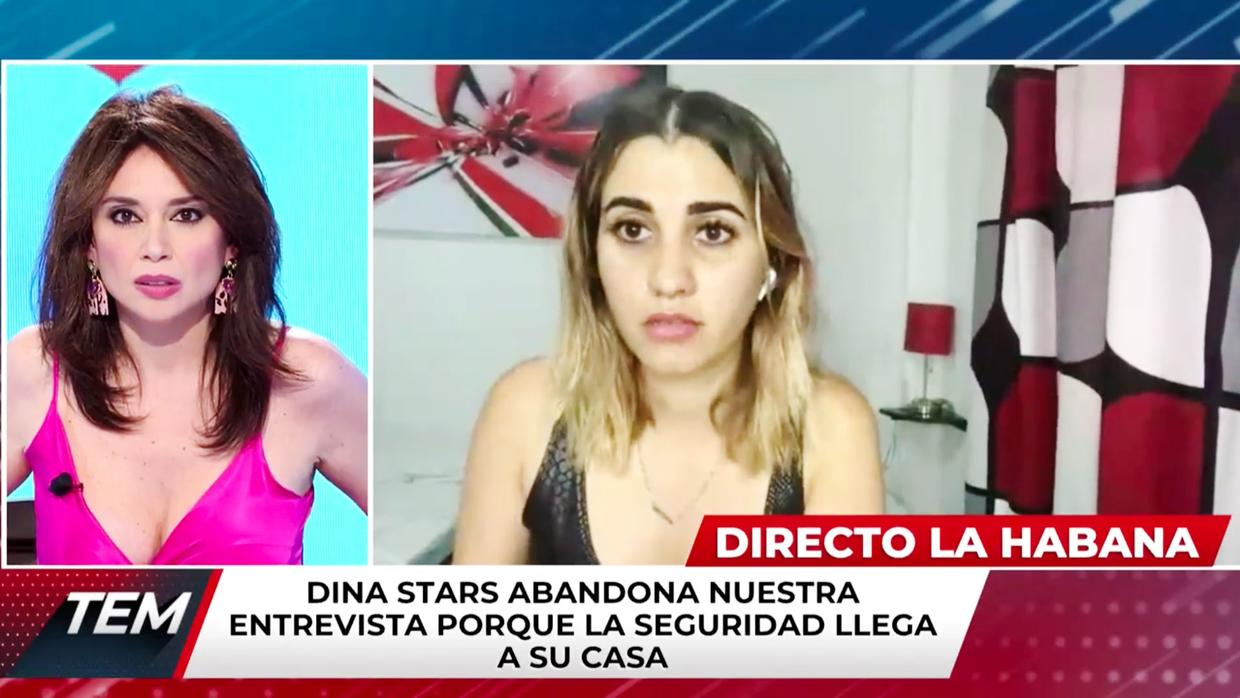 The Cuban youtuber, Dina Stars, was arrested by the police of her country while going live in a television interview. The note was with the program Todo es Mentira on channel Cuatro in Spain.

At one point in the talk, through a video call, the influencer assures that “security is out” and goes out to attend. After a few minutes of uncertainty, the young woman appeared on camera again and said that they were going to arrest her.

“I hold the government responsible for anything that may happen to me”Stars denounced. About the reasons why they were taking her, she commented: “I don’t know, they asked me to accompany them.”

25-year-old Dina is an actress and activist. He spoke out on more than one occasion against the Cuban regime. His positioning generated greater repercussion outside his country.

THEY ARE SOWING FEAR IN THE PEOPLE, THAT IS WHAT HE WANTS US TO COVER AND TO STOP DEMANDING OUR RIGHTS! WHAT A SICK OF PRESIDENT PUSSY! #SOSCUBA

Last year he affirmed that he had “three opportunities” to leave Cuba but that he rejected them by saying that “it is my land, my people, my life.” On that occasion, he said that he “disgusted the system.”

Stars participated in a massive march against the government on Sunday in Havana and shared it on his YouTube account.

In recent days, Cuba has been experiencing days of tension with mobilizations in different parts of the country with reports of repression and human rights violations.

SUBSCRIBE TO DAILY NEWS
Every day an email with the most important news of the day.