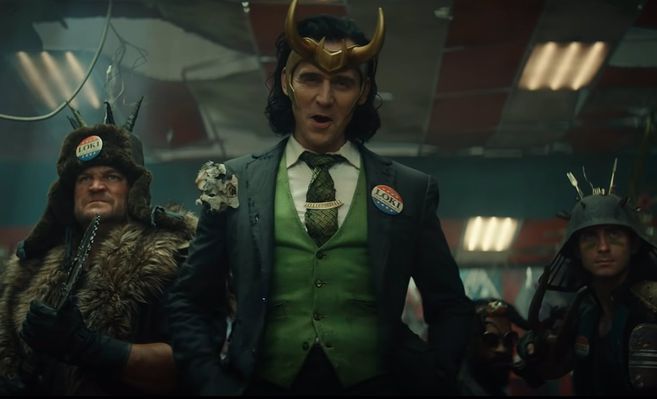 The platform presents new and exclusive content every Friday of the month. Additionally, on Wednesday, June 9, Loki arrives, the Marvel Studios series that will premiere new episodes every Wednesday.

Disney + brings new series and movies to enjoy with the family, find out here the premieres that the platform will include in its catalog in June.

Set in a beautiful coastal town in the Italian riviera, the new original animated film from Disney and Pixar “Luca” is the story of the passage from childhood to adulthood of a child who lives an unforgettable summer full of gelato, pasta and Endless scooter trips.

It may interest you: Disney + presents a trailer for “Luca”, its new animated film

Luca share these adventures with your new best friend AlbertoBut all the fun is threatened by a well-hidden secret: they are both sea monsters from a world just below the surface of the water.

On LOKIMarvel Studios’ volatile villain Loki (Tom Hiddleston) reprises his role as the God of Lies in a new series that takes place after the events of Avengers: Endgame. Directed by Kate herron, the main screenwriter is Michael Waldron. It premieres on June 9.

It may interest you: “Loki”: what real event was this series based on?

After winning a competition for a scholarship, four gifted orphans are recruited by the quirky Mr. Benedict for a dangerous mission. to save the world from a crisis known as The emergency.

Reynie, Sticky, Kate and Constance must infiltrate the mysterious IAVE Institute to discover the truth behind the crisis that happens to the world. When the director Doctor Curtain proves to be behind this worldwide panic situation, the children of the Mysterious Benedict Society must devise a plan to defeat him. Premieres June 25

Griffin and his family move into the old hotel Tremont in the city of Sulfur Springs. The entire city believes that the hotel is haunted by the ghost of a girl named Savannah. Premieres June 18.

Zenimation, the series that creates a conscientious sound experience with scenes from movies from all times by Walt Disney Animation Studios returns with a second season.

It may interest you: Disney + to surpass Netflix subscribers in 2026, study finds

Enjoy moments from more than eight decades of blockbuster movies, including scenes from the first movie of Snow White and the Seven Dwarves until never before seen moments of Raya and the last dragon.

An exciting review of the various heroes and villains that will make it to the long-awaited shows that will premiere on Disney +, and they mark the way at upcoming adventures. Premieres the

In the second season of High School Musical: The Musical: The Series, the East High Wildcats, who are preparing to present Beauty and the Beast, They face off against their rival school, North High, to win a highly prestigious – and ruthless – drama competition: wigs are stolen, loyalties are tested, and ballads are sung with the belting technique.

A documentary film about Wolfgang puck. Wolfgang persevered after a troubled childhood in Austria to pursue his dreams and cBecome the most famous chef in the world, inventing radically new American cuisine along the way and creating the very concept of the “celebrity chef.” This is the inspiring and moving true story of the man behind the legend. Premieres June 25.

In a dynamic city, vibrant with rhythm and movement, an older man and his wife, who are still young at heart, rekindle the mutual youthful passion between them during a magical night. The years fade as the joy of dancing propels them through the exciting urban landscape of his youth and fond memories resurface. It premieres on June 4.