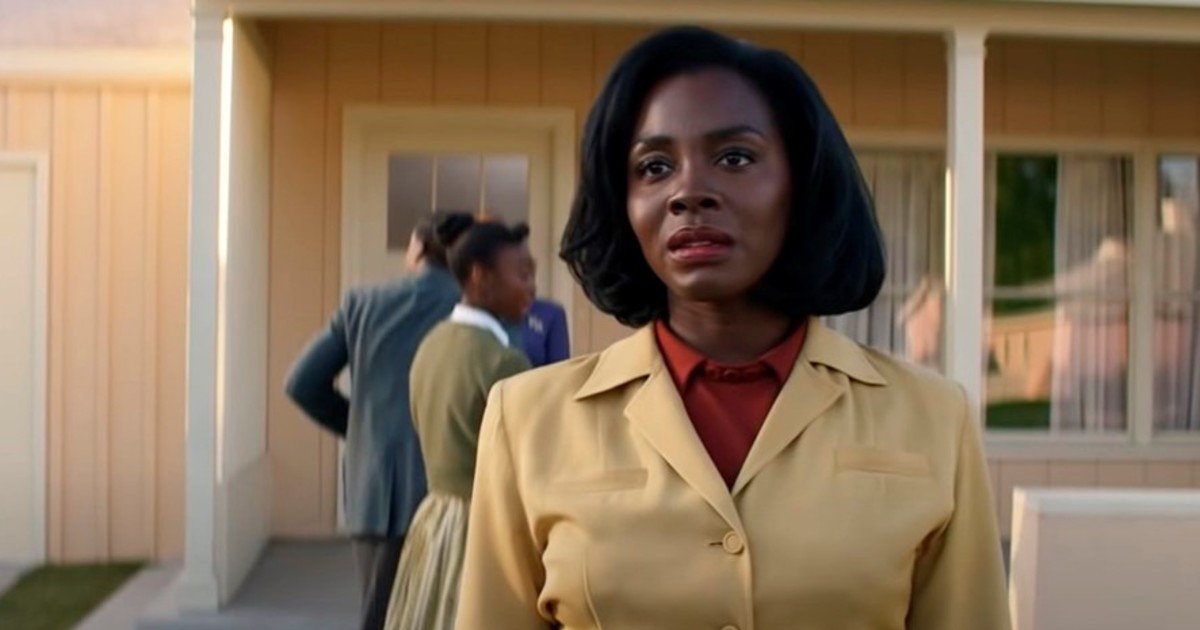 After a disturbing and opening scene that will have its explanation – even more disturbing and disturbing – in the course of history, the series Them it shows us a smiling and hopeful family who goes with their car in search of a new life.

And then we are informed of the following: “Between 1916 and 1970, about 6 million African Americans moved from the rural South of the United States to the Northeast, Midwest and West. In the so-called Great Migration, many black families left for California with the promise of industrial jobs and the possibility of leaving the segregationist South behind. On September 14, 1953, Henry and Livia Lucky Emory moved with his family from Chatham County, North Carolina, to Compton, California. What follows happened over 10 days in the family’s new home at Palmer Drive 3011. “

In short and without fear you can say: “What’s Next” it is the best horror series of the season where the toughest rules of the genre come together, pushing the characters to limits that are difficult to bear, both psychically and physically, and an avowed social criticism trying to raise its voice – once again – on the problem of racism in the United States.

The plot of “Them” is set after the Second World War. Photo Amazon Prime Video

What Little marvin, its creator, place this story after World War II is nothing more than a thoughtful strategy to show that racist violence is embedded and rooted in the historical bowels of a country that it was never able to stop in the twentieth century and so far in the twenty-first century its escalation of violence – institutional and civil – against the Afro-American population.

The resistance of a harassed family

The image of solidity and stability that the family presents in the beginning (engineer father –Ashley Thomas-, mother ex-teacher and now housewife –Deborah Ayorinde- and two daughters -Shahadi Wright Joseph and the excellent newcomer Melody Hurd are the ones who most lucen- in school age) falls apart very quickly when they arrive at their new home in California and meet visible resistance from neighbors, commanded by an Alison Pill that barely blinks due to the tension that floods her, before this arrival.

There is no possible integration in the late 1950s in the North American heartland and it is made very clear with a harassment that goes from 0 to 100 km per hour in a short time, acquiring a speed of bullying and aggression that becomes practically maddening for the family.

Y In this infernal climb, the traumas of the past begin to filter staining that present of chaos and failures of perception. To be the only black in a white neighborhood, which come together from hatred and contempt for what is different, is the first step of a battle that will last 10 chapters, ranging from 40 to 60 minutes.

And that includes a fleeting jump to the 19th century and explains part of the most hallucinatory moments in history. However, as the plot unfolds, Little Marvin’s intelligence helps to understand that the deployment and landing of Afro-American communities also have economic reasons that include unpayable loans, brutal scams that allows the financial system of the time, and take advantage of the most disadvantaged sectors – in legal and social senses – of the black community.

In this way, the series develops its aesthetic and political ambitions based on a question: is terror – true and lacerating – symbolized in the distortion of reality and the violence that the characters go through or in how a ruthless system took charge of work on the destruction of the African American population from all sides?

In “Them” harassment and suffering are perceived. Photo Amazon Prime Video

With the stamp of an artist

Created and written by Little Marvin (on his resume there is a Grammy for Master of None) some time before the murder of George Floyd (a fact that took place on May 25, 2020), without a doubt dialogues with this reality like a ghost that stresses.

And recorded in the middle of a pandemic, what generates a plus of suffocation to see it in 2021 where the consequences of prolonged isolation they seem to dominate everything, Them comes to occupy a place of effective functioning, sentimental attraction and reflective transcendence of the horror genre where series such as Lovecraft country (2020) or the last seasons of The walking dead.

But also, Them It is an artifact that mounts and builds its heights on a territory that was reconstructed from the two successful films of director Jordan Peele: Get Out! (2017) and Us (2019).

That is, the relevance of these works (Us is very lackluster with respect to the conquests of Get Out!) returned to focus on the use of hard and popular genres (in this case terror) that go beyond realism to produce a new, renewed and powerful look on urgent issues such as racism.

Terror comes where realism stops halfway. The good impressions left by the aesthetic proposals of Jorden Peele make Them a series that continues that legacy, but, on the other hand, tries to leave its personal mark.

On Them the idea of ​​family is constantly linked to the concept of community that must protect itself, survive and resist, and it is a tenacity that runs through the entire history of a country.

For this reason, throughout the series the family looks into each other’s eyes and everyone says to each other, like someone praying and invoking a mantra: “We can with this, we will achieve it” . Which leads to think that racism is of a virotic power that the characters try to defeat on the real ground, in the symbolic and in his imaginations that often take the form of nightmares.

A series that generated controversy

TO Them ya little marvin criticism has already rained down on them for the violent and excessive limits to which it takes its characters. Isn’t that too much (from mutilations to physical humiliations to murders and gruesome hallucinations) to talk about racism? He ignores that. He knows the importance of a series and a voice like his today and that it can cause on viewers the effects that he himself experienced as a child – in the ’60s and’ 70s – when he became a horror fanatic after watch Carrie, The glow Y The Exorcist, among other.

But He was also interested in David Lynch’s cinema, especially Blue velvet, where the sordid side of those places is shown where everything seems diaphanous and paradisiacal and aspires to an idea of ​​perfection fingered by white society.

And all this (can you add here George Romero and his saga of Living dead who also used terror to protest against ways of life that he considered unjust?) is at the heart of Them.

The approach to American racism makes it a current series, no matter how much it deals with another era. Photo Amazon Prime Video

Now that the series is out, Little Marvin prepare the second season that will not have to do with this family, rather it will be another moment in the history of the African American community in the United States.

It will also be horror. After seeing Them, one wonders: is there another way of talking about racism that is not in the form of the most horrifying horror that must be overcome and defeated?