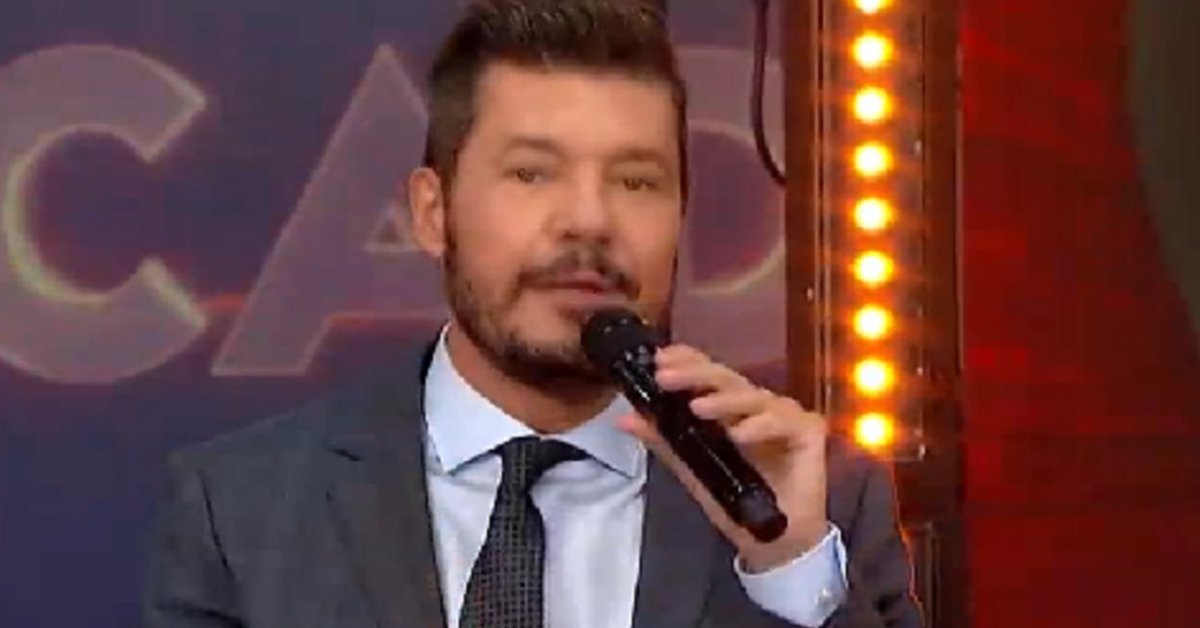 The news broke on Tuesday afternoon: three producers and six dancers from ShowMatch contracted coronavirus. The program of Marcelo tinelli It had debuted on Monday of last week and had received a lot of criticism from those who claimed that the corresponding protocols were not being followed to avoid the spread of COVID-19. It is true that, from the first moment, the driver assured that both those who were on the air and those working behind the camera had been duly swabbed. However, the number of people present in the study and the lack of social distancing put the cycle at the center of controversy.

Thus, shortly after the news spread about the string of infections that plagues his producer, Tinelli decided to turn to his account Instagram to make your download. And he made it clear that the corresponding measures have already been taken, which in principle would not include the cessation of the recordings of the program, which currently has a talent contest called The academy that comes out from Monday to Thursday and a humor section called Politichef that will begin to be seen from next Friday.

“As a result of the information that circulated in the last hours, from LaFlia we want to clarify that the positive cases of COVID-19 involving workers from the production company did not occur simultaneously as a result of negligence, but have been popping up alternately in recent weeks, even before ShowMatch it went on the air, and in each case we have applied the recommended isolation protocols ”, the driver began by saying.

And then he continued: “We are not oblivious to the wave of infections that the country is going through, nor are we exempt from the risks of contracting the virus outside the workplace., beyond all the preventive measures that we have been taking and the more than one hundred swabs per day carried out among production, technical and artistic workers. We will continue to take care of ourselves and try to brighten the night of the Argentines in this difficult moment that we have to go through ”.

The driver did not deny the infections

It should be remembered that at the opening of this new season of ShowMatch, Tinelli had several dancers on stage. And many questioned the hugs, kisses and even the pogo that his comedians did to celebrate the return of the program after a year and a half off the air. However, interviewed for The Morning Angels, the driver dio the explanations of the case.

“There was a stir in the networks and from the television itself they criticized the television itself. We have to take care of ourselves and speak properly. You have to make a defense of television. We have to internalize how things are, ”Marcelo began by saying. And he pointed out: “We haven’t worked for a year and a half, so it’s surprising that someone out there who doesn’t know can make a comment. But when someone knows what a television studio is and what it is to employ 300 people and take care of their health, fundamentally, what we want to do the mostThose comments are surprising and many times they are not understood ”.

Later, Tinelli explained: “We made pictures on the floor that never exceeded 32 or 34 people … That’s why we recorded Saturday, Sunday, Monday. Those present were those who had told us they had to be. That’s why I say that surprises me. They don’t know we have a sanitized studio. We have four swabs in a row. Since Saturday we are swabbing 156 people. It can give a negative day and be a false negative, but then negative, negative. There are three doctors on the floor and four outside. A laboratory and a giant tent to take care of us all. No more than three or four people can enter the dressing rooms. They are the data that the health authority marks us. They set standards for us to do the program ”.

Alex Caniggia added confusion to his resignation from Masterchef Celebrity: “I stay until I win”
Marta Fort’s strong complaint against a stalker who sent her naked photos
Mona Jiménez’s striking wardrobe to receive the second dose of the coronavirus vaccine