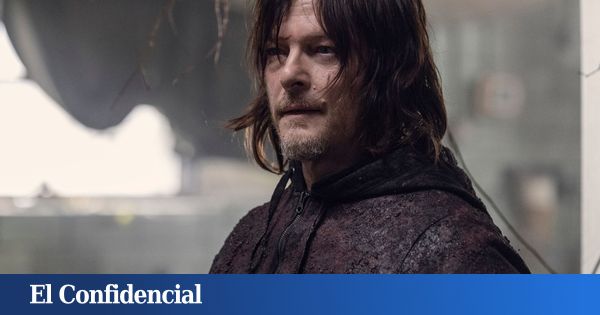 The universe of ‘The Walking Dead’ created by AMC grows after the spin off ‘Tales of the Walking Dead’ has received the go-ahead. Each episode will be one hour long and will follow both the story of new characters as well as other well-known ones from original fiction.

Channing Powell, who is the guionista de ‘The Walking Dead’ y ‘Fear the Walking Dead’, will be in charge of directing this new series with Scott M. Gimple, content director of the Walking Dead Universe. Production on the six-episode first season is expected to begin in early 2022 and hit AMC + and AMC in the summer, as reported. Deadline.

“‘The Walking Dead’ is a fiction that made television history and attracted a army of passionate and very committed fans“said Dan McDermott, president of original programming for AMC Networks and AMC Studios.” We see a lot of potential for a wide range of rich and compelling storylines in this world, and the episodic anthology format of ‘Tales of the Walking Dead’ It will give the flexibility to entertain current fans and also provide a starting point for new viewers. ”

The other series of this universe

On the other hand, the eleventh and Last season of ‘The Walking Dead’ will be released in February 2022. The first spin off of the TWD universe, ‘Fear The Walking Dead’, is currently broadcasting the seventh batch of episodes, and the most recent spin off, ‘The Walking Dead: World Beyond’, its second season. A new spin-off directed by Norman Reedus and Melissa McBride is also in the works.

‘The Walking Dead’ and other series in this universe have been AMC’s main titles. In United States, the new chapters arrive a week before to AMC +, offering an exclusive alternative before the linear premieres at AMC.