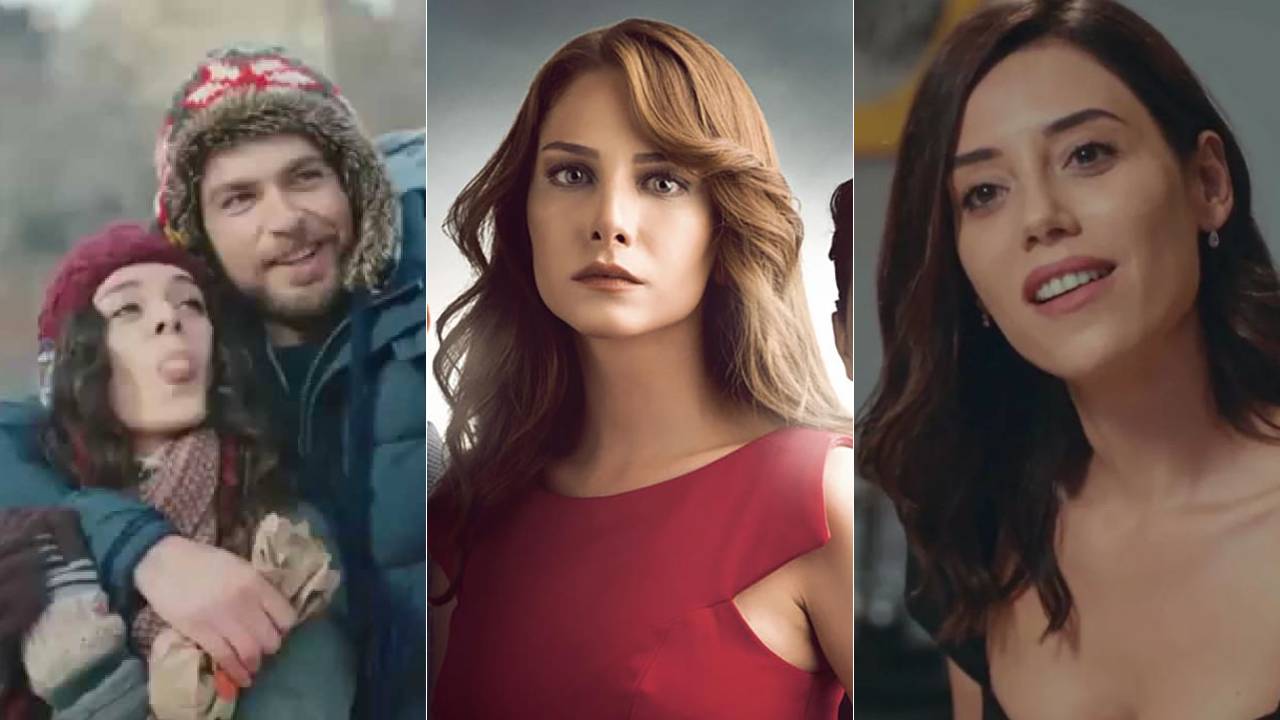 After the summer and the end of some mythical soap operas, it is time for renewal. Write down these titles so you don’t miss any premiere.

With the month of September, a new course arrives on the television grid. That means that, after the summer and the endings that we have been seeing in recent months, the renewal in the programming arrives. Also for the Turkish series, which are facing a very interesting season.

In recent weeks we have seen the end of Woman (Kadin) and that of My daughter and soon the one of Love is in the air. Three of the great soap operas of the last seasons say goodbye to us, what will become of the fans of Turkish stories? There is no need to worry because the channels are still betting on the Ottoman phenomenon and there are already a good handful of titles here to keep track of.

As its name indicates, Unfaithful focuses on a marriage marked by infidelity. Asya is a doctor who suspects that her husband is having an affair and, after following the clues, realizes that he is right. Volkan is in a relationship with a twenty-year-old who is also pregnant. Asya was the last to find out and, hurt that no friend or family member had warned her, she decides to take revenge.

It premiered on September 5 on Antena 3 after being a success in its country of origin and, if the plot sounds familiar to you, you are not misguided. It is an adaptation of the British series Doctora Foster.

Nor does it have a release date on Divinity, but the Mediaset chain already promotes it as “coming soon” and, with just a few weeks to go before the end of Love is in the air some already see it as its main successor. Also in the key of romantic comedy that promises to snatch smiles from its followers and endorsed by a great success in its country of origin where it was premiered five years ago, Love at second sight is the love story of Fatih and Zeynep, two young men who meet again on a plane to discover that they have a similar problem.

Both return to Turkey after a time away from their families, but fear the reunion with all their might. On the one hand, he wants to be married to a young woman he does not love and, on the other, she has been abandoned by her boyfriend and is now a single mother. The solution? Posing as a young family that leaves your loved ones speechless. How long will it take for everything to turn upside down?

He stole my life (Divinity)

Fox Turkey, the chain responsible for Love is in the air, premiered in 2014 That Life Is Mine, which in Spain we have titled Stole my life. It is a drama in which a young woman discovers that she has been adopted. Her biological grandfather did not accept the relationship between his daughter and her father, so he decided to hide the pregnancy and give the baby for adoption to a family of servants. Many years later, the grandfather tells the millionaire Mehmet Emir that he has a daughter, but he dies before he can tell the truth. The protagonist’s parents introduce her to her biological daughter, Efsun, as her firstborn, while Bahar, the true heir, remains in the shadows. You can follow this Turkish soap opera on Divinity.

Released in its country of origin in 2010, Sea of ​​loves It now comes to one of the themes of Atresmedia, but it does so endorsed by the three seasons and more than 100 episodes in its original broadcast. The main distinction of this Turkish fiction is that it is set more than 50 years ago, in the Istanbul of the 60s, but it shares with the rest of the series in its environment large doses of romanticism and a love story that promises to break our hearts once and for all. a thousand times.

The series stars Ayça Bingöl and Erkan Petekkaya and was once the subject not only of great success in Turkey but also of international recognition. At the center of its story we find the Akarsu family, whose father, Ali, works as a ship captain and on one of his long voyages he has an adventure. When his wife, Cemile, is imprisoned for having stabbed her husband’s lover, she, Caroline, tries to free her with the promise of divorce from the man she loves. A tragic story in capital letters that has been broadcast on Nova since September 6.

If you liked Burak Deniz in Hayat: Love without words, You may be interested to know that one of Divinity’s latest bets for Turkish fiction has the actor as the male lead. Is about Our history, but the undisputed center of the series is not Deniz, but Hazal Kaya, the one in charge of playing a very brave young woman who throws herself to take charge of her family – her five brothers and her alcoholic father – after her mother has abandoned them and left home.

It sounds familiar to you. Truth? Effectively, Our history is the Turkish and Istanbul-set version of the British series Shameless, which also has a version, and even more successful, in the United States.

This recent Turkish soap opera obtained a most spectacular reception in its premiere on Antena 3 last July. You must have it on the radar, because although at that time you were perhaps completely focused on Woman, something will have a series that was able to dethrone the famous contest Now I fall! and keep his strip on the Antena 3 grid.

Set in the 70s, Bitter Land managed to captivate with its central love story in our country after having swept other countries around the world. Your cover letter? The escape of a couple, Yilmaz and Züleyha, who to break with their past and be together must assume very unhappy realities in their present.

Your original title Innocents Apartment and it has had a lot of prominence this summer because it has been chosen by Antena 3 to replace the successful Woman that swept for months in ‘prime time’. In fact, to facilitate the transition, Antena 3 premiered Innocent accompanying both Woman like My daughter before letting it fly independently.

The series is based on the novel by psychiatrist Gülseren Budaıcıoğlu and tells its main story while delving into different psychological profiles from the hand of its characters. His main partner are Han and Inci, who are very attracted to each other from the first moment they cross paths in the building where they are neighbors but whose families get along absolutely fatally. The pasts of both are marked by hard events and all, including their families, suffer psychological disorders that complicate their relationships.