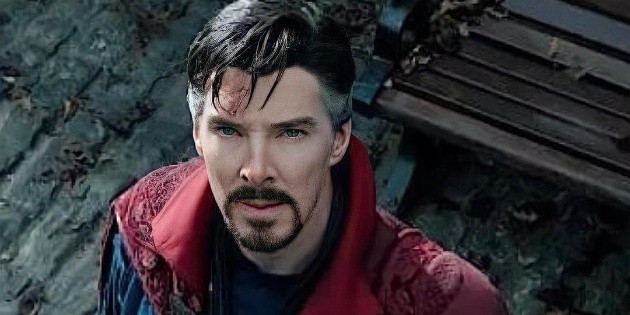 As is tradition, the millions of viewers who tune in to the final of the NFL sporting event can enjoy a show at Half Time, but also previews of major productions that will premiere soon are shown. In this note we tell you everything.

The audience was taken to the Multiverse, where the film goes deep and wide. It will bring Doctor Strange a journey into the unknown, who with new allies will have to traverse dangerous and mind-boggling alternate realities to face a mysterious new adversary. Marvel Studios will release the second part of Doctor Strange this May 5 in theaters. A new dimension opens with this film.

A lot of action will bring us the superhero of the new Marvel series for Disney +. Yesterday we finally learned what Moon Knight will look like in the Marvel Cinematic Universe, the role is played by actor Oscar Isaac, who will play a character with a sinister and dark touch, in addition to experiencing some mental problems, due to his dissociative personality disorder that It leads him to manifest multiple personalities and behaviors that will mark his evolution. The series premieres on March 30.


The Lord of the Rings: Rings of Power

This new adaptation of the Tolkien Universe is focused on the Second Age of Middle-earth. You will delve into the time when the Great Rings were forged, including Sauron’s One Ring. Several well-known characters return (Galadriel, Elrond, Elendil, the Dark Lord himself) to be combined with new ones and even created exclusively for the series that will bring us the Amazon Prime Video platform, next September 2.

After a long wait, the new film about the Jurassic world is about to invade theaters. This is one of the most successful sagas of all time, which began with director Steven Spielberg with “Jurassic Park” in 1993. Although the trailer for the new film was released days ago, the public went crazy when they saw the cast members from the first films, Sam Neill (Alan Grant), Jeff Goldblum (Dr. Ian Malcom) and Laura Dern (Dr. Ellie Sattler). The premiere is scheduled for June 10.


AN INFORMED PUBLIC
DECIDE BETTER.
THAT’S WHY INFORMING IS
A COUNTRY SERVICE.

We have been doing journalism for 106 years. And now, as in other periods of El Salvador’s history, journalism is fundamental for strengthening public opinion.