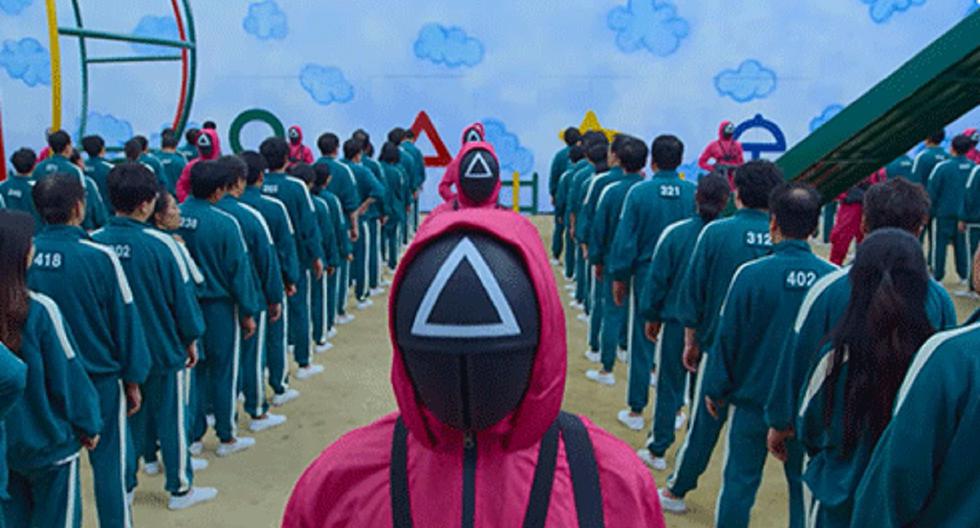 “The Squid Game”(“ Squid Game ”in English) premiered last Friday, September 17 at Netflix. The South Korean series follows 456 people with financial problems who are invited to participate in a mysterious game that offers a huge amount of money as a prize.

At first it seems that these are simple children’s games, but before long the contestants understand that they are immersed in a terrifying and chilling fight for their survival.

Among the competitors is Seong Gi ‑ hun, a man who accepts the risk of competition in order to pay his debts and try to get his daughter back before her ex-wife takes her to the United States.

MORE INFORMATION: Who’s who in Netflix’s “The Squid Game”?

Also participates Cho Sang-Woo, a childhood friend of Gi-hun, who after embezzling money from his company, faces financial problems and does not have the courage to return to his old home.

They are also part of the competitors Deok-Su, a dangerous criminal; Jun-Ho, an undercover officer; Oh Il-Nam, a seventy-year-old man who is seriously ill; and Sae-byeok, a young North Korean defector who needs money for her family. Next, we tell you who survives the end of “The Squid Game”.

MORE INFORMATION: What is known about the next chapters of “The Squid Game”

THE SURVIVORS OF “THE SQUID GAME”

Al end of the first season of “Squid Game”, Gi-hun and his childhood friend Cho Sang-Woo are the only two survivors of the 456 participants who started the game.

At this point, both Gi-hun and Sang-Woo are absolutely exhausted and traumatized. That is why Gi-hun decides to end the game and walk away without the prize. However, the other competitor, who is injured and defeated, prefers that his neighbor take the money and help his mother, so he takes out a dagger and commits suicide. And with that, Gi-hun is the last man standing.

A year after the events of Squid Game, Gi-hun is surprised that Oh Il-Nam, the sweet old man with the brain tumor who seemed to die during the round of marbles is actually alive.

It turns out that he was never at risk like the other participants, since he was one of the creators of the games, even though the series alluded to the fact that the “Front Man“, also know as In-ho, I was in charge. However, after telling the truth, he dies.

WILL “THE SQUID GAME” HAVE SEASON 2?

So far, neither Netflix nor the production has made any announcement about the future of the South Korean series, but apparently in the last chapter, It is possible that “The Squid Game” will get a new batch of episodesas long as the audience response remains positive. Of course, you have to remember that Dong-hyuk it took a decade to shape this story and bring it to the screens.

“I wanted to create a sense of connection between the nostalgic games that we played in our childhood and the sense of endless competition that modern adults feel. There is an irony in that our most beautiful and innocent memories turn into the most gruesome reality “explained the creator and director of the series.

For now, it only remains to wait for the official response from Netflix, which usually takes a few weeks to evaluate the reaction of the audience and although it does not share these figures, these can influence the renewal or cancellation of a series.