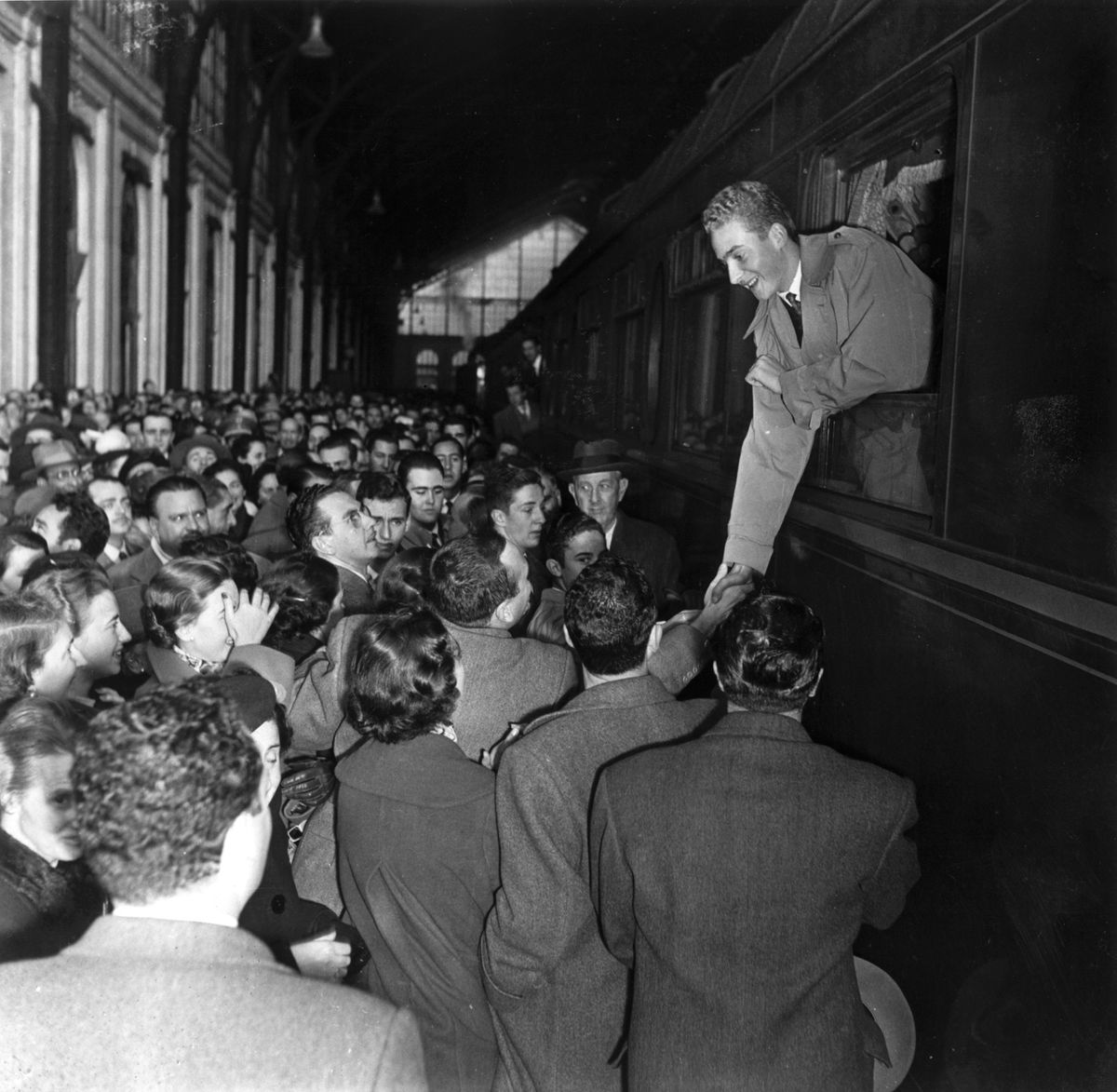 “Can you make a historical series of something that is happening right now? Yes it is possible ”. Javier Olivares, director and screenwriter who has exercised his degree in History in a large part of his television work (Isabel, The Ministry of Time) asks and answers himself forcefully. He has almost completely planned the three seasons of his new project, The king, that contains a double biography: that of Juan Carlos I and that of the country in which he reigned. It is therefore a story without a definite end. The imminent future – “that part of history that is not in the books because the newspapers are writing it,” points out the Madrilenian – will be the one that initiates it. Tomorrow the libretto corresponding to the last chapter of this series created by Globomedia as part of The Mediapro Studio, which is currently in the development phase and has not yet been assigned a channel or platform for its broadcast.

Despite the fact that for decades the term “folksy” overshadowed the official portrait of the emeritus king, Olivares feels that he was never anodyne as a character, because of how he came to the crown and because of everything he experienced in his childhood. “But the latest events around his figure have contributed to an even more diverse and transversal interest than he had before, when he was only an institutional figure,” says Javier Pons, co-director of Television at The Mediapro Studio and director of Globomedia . Both are sitting opposite each other in a room at the company’s Madrid headquarters, during a morning in June, to talk about The king.

“In Pilar Eyre’s book I found a gold mine, a narrative jewel”

“When The Mediapro Studio was born three years ago [como marca que engloba los productos de ficción y entretenimiento de la productora audiovisual]It did so with the intention of, in addition to developing proposals that come from the chains, to find our own projects, promoted and conceived by ourselves from the beginning ”, comments Pons. Thus they launched the thriller with an international vocation The Head and the second life of Vis a vis. In this change of creative and business model, this series is framed around the Spanish monarch. Conceived for years as a story focused on its decline, the publication in 2020 of the novel I, the King, by Pilar Eyre (La Esfera de los Libros) broadened the ambitions of Olivares and Pons to transform the original idea into a three-act drama, with between 10 and 12 chapters each. It is composed, in the words of its director and screenwriter, “a climb that was very hard, a boom in which all Spaniards were juancarlistas and a shock in the end, by verifying what we did not want to see ”.

The book of the Catalan journalist and writer offers many keys to understand, without justifying, the subsequent behavior of its protagonist. “I found in its pages a gold mine, a narrative jewel,” Olivares recalls. In them he recapitulates childhood during exile, his relationship with his father Don Juan de Borbón and his first contacts with Franco. “And it reflects very well a time in which many royal families swarmed through Europe without a country to reign, who had to organize meetings on transatlantic ships so that the heirs were getting to know each other. It also shows that attempt to maintain a standard of living that they could no longer have and their absolute fear of misery, which explains many things ”. The text will serve as a starter to give way to a second and a third series of episodes based for the most part on the documentation work carried out by the series team. The cast, led by the director of casting Luis San Narciso, has yet to be defined.

If the democracy of our country works as it should, the emeritus king would not have to live in his flesh what his grandfather did

Olivares, the narrator and the historian, gets emotional when reviewing everything that has surrounded the life of the one who is now the main character in his scripts. They are facts that, more than the inevitable reference to the British The Crown, bring the project closer to Berlanga de All to jail (1993). “Juan Carlos married Sofia with a broken clavicle and arm because, shortly before, his brother-in-law Constantino, who practiced karate, had beaten him up, ”he says, fascinated. “And while his father Don Juan passed away at the University Clinic of Navarra, Mario Conde swarmed around him to get him to dispense with Sabino Fernandez Campo as head of the House of the King to put in his place a man of his trust [Fernando Almansa, amigo íntimo del banquero]”. All of this will appear in The king, which will not be a one-character series. As an example, in one of the chapters, the main axis will be Carmen Díez de Rivera, right-hand man of Adolfo Suárez who organized the return to Spain of Santiago Carrillo and the rest of the PCE being the secret daughter of an anti-communist such as Franco’s minister Ramón Serrano Súñer: “That is historical poetry”, exclaims the Madrilenian. Another episode will focus on an article by Natalia Junquera published this year in EL PAÍS, which offers an account of 23-F based on the testimony of José Antonio Iglesias, a civil guard who was recruited at the last minute to participate in the coup. The chance that he played with the life of that man connects him with Olivares himself, who was discharging from military service the morning after that day in February and who was about to be forced to also go to the Congress of Deputies.

“What Javier does is entertainment with indisputable rigor, even though it can raise dust,” says Pons. “The intention is to show how the characters lead us to these historical events and include all points of view so that the viewer can choose theirs”, completes Olivares. That dust has already lived with his series Isabel, dedicated to the Queen of Castile and from whom he resigned in his first season. There was always the complaint of a spectator who felt that he had omitted some essential information about her. “For each scene we went through dozens of books. And what was not mentioned at least two or three times, we did not include it ”, comments the director. This is how it intends to happen in The king. In the case of the lovers of Juan Carlos I, only those known in an objective and documented way will appear. “There will be no yellowing,” he assures. But there will be “the matter of Barbara Rey telling in public a lot of scandals in a television program ”, another of those moments berlanguanos of the story. The presence of Corinna Larsen It will give rise, among other things, to tell a more universal plot, “about what happens to an older man when he falls in love with someone younger and wants to change the world”. The social change of a country that stopped tolerating its king will also be reflected through the women around the monarch. In particular it will do with Queen Letizia, “A woman with character, who assumes and complies, but does not consent to some rules of the game” and the antithesis of Queen Sofía, whom she has proposed to portray with as many edges as her husband.

The end of this historical series will come with the possible return to Spain of the king emeritus, “fulfilling before the law what he has to fulfill, but with total normality”, defends Olivares, no longer as a narrator or historian, but as a citizen, in the tomorrow in which the Government approves pardons to the inmates of the process: “If the democracy of our country works as it should, he would not have to live in his flesh what his grandfather did. Spain is a country that must learn to heal its wounds well ”.