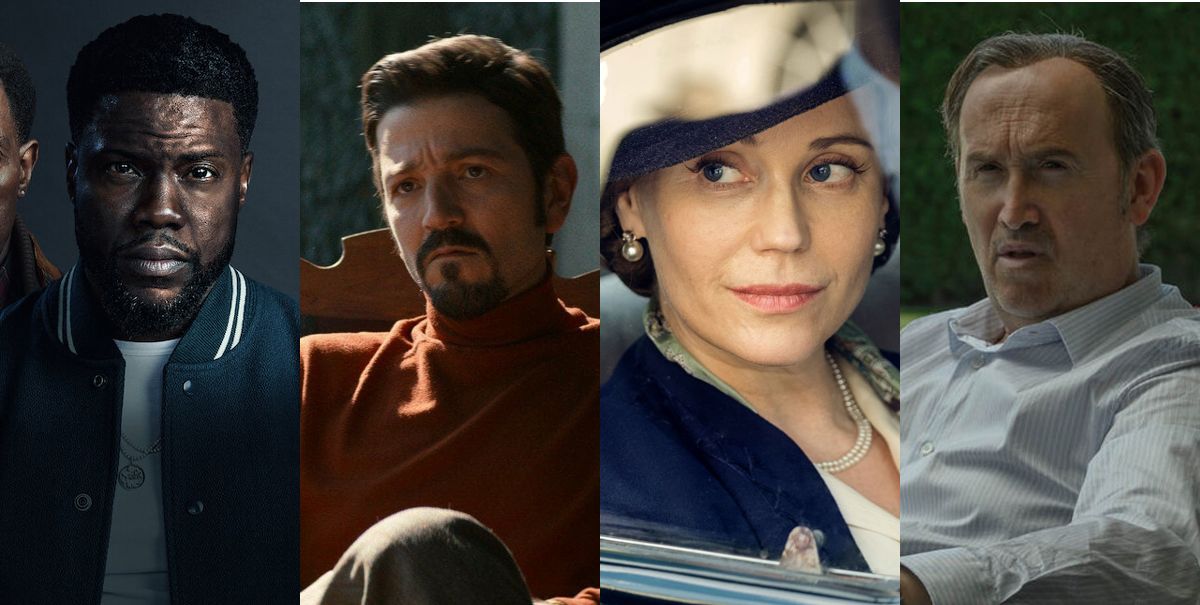 The cold of November is here. We have changed the time and the days are shorter. So the logical thing, between the cold and the few hours of light, is that we spend more time in our warm houses and watching series galore. The streaming platforms know it and for this month they have a lot of premieres, some of them highly anticipated by us, the fans of television productions that have us in love.

We start with Narcos Mexico, which premieres its third season on Netflix. Behind the tremendous finale of the second seasonWe have reached the 90s and the globalization of drugs is a fact. After the arrest of Félix Gallardo, a war between cartels begins and a new generation of Mexican drug lords emerges.

Also on Netflix we can see Heading to hell, a new South Korean series that hopes to inherit the tremendous success of The Squid Game. It will have six chapters and is directed by Yeon Sang-ho, responsible for the two tremendous movies about zombies of the series Train to Busan. Get ready for a lot of gore and a lot of inexplicable phenomena.

As it seems that Korean is in fashion, it will be released on Apple TV + Dr. Brain, which will tell the story of a neurologist obsessed with discovering new technologies that allow him to access the consciousness and memories of the brain. Everything changes when his family is the victim of a mysterious accident … what happens next borders on madness for discovering what happened by accessing the brain of his dead wife.

The most veteran will remember Stories to not sleep, the mythical horror series by the master of the genre Chicho Ibáñez Serrador. Well, Amazon Prime Video will receive a new version with six stories by directors of the level of Rodrigo Sorogoyen, Paula Ortiz, Rodrigo Cortés and Paco Plaza.

Finally, we want to highlight the ninth season of Dexter, which will premiere on Movistar +. Michael C. Hall brings back the character that gave us the creeps during the previous eight seasons, and the plot shifts 10 years after the controversial end of the eighth installment.

These are our recommendations for the month of November.

A series created by BJ Novak that focuses on unprecedented timeless moral issues, with provocative themes starring complex characters and stories spun in a masterly way, with a lot of humor and emotion. On Disney +.

This South Korean series narrates the emotional journey of a neurologist obsessed with discovering new technologies that allow him to access the consciousness and memories of the brain. His life is turned upside down when his family is the victim of a mysterious accident and he has to use his skills to access the memories of his wife’s brain and discover what really happened to his family and why. On Apple TV +.

The third season is set in the 90s, when the globalization of the drug business explodes, the third season will examine the war that breaks out after the arrest of Miguel Ángel Félix Gallardo. As the new independent cartels struggle to survive political upheaval and escalating violence, a new generation of Mexican drug lords emerges. On Netflix.

In cosmopolitan Istanbul of the 50s, a mother with a troubled past works in a nightclub to reconnect with the rebellious daughter she was unable to raise and help her. On Netflix.

Set 10 years after Dexter disappeared in the eye of Hurricane Laura, the series finds him living under a false name in the small town of Iron Lake, New York. Although Dexter is trying to live a new life, in the wake of unexpected events in this tight-knit community his Dark Passenger calls out to him. In Movistar +.

Pørni, a social worker, has two children as a result of her relationship with a cretin who has gone to Copenhagen and thinks only of himself. He has a father who seems to be experiencing a kind of adolescent crisis, and his nephew, his sister’s son, who died in an accident, lives in his charge. In addition, she works in the child protection service, where she has met the attractive county attorney Bjornar. In Filmin.

The Shrink Next Door – 12 de noviembre

Based on true events, it reflects the peculiar relationship between Dr. Isaac “Ike” Herschkopf (Paul Rudd), a psychiatrist who treats the stars, and Martin “Marty” Markowitz (Will Ferrell), his longtime patient. During this relationship, the charismatic Ike gradually makes a hole in Marty’s life, to the point that he moves to his house in the Hamptons and convinces him to name him president of the family business. The series explores the way in which a seemingly normal dynamic between therapist and patient turns into a relationship based on manipulation, transfer of power and dysfunction. On Apple TV +.

Dopesick: Story of an Addiction – November 12

Starring Michael Keaton, Peter Sarsgaard, Will Poulter, John Hoogenakker, Kaitlyn Dever, Rosario Dawson in the lead roles, this is a series with an ambitious, compelling, and heartbreaking look at the epicenter of America’s fight against opioid addiction. , thus addressing the distressed Virginia mining community and the corridors of the DEA struggling with this addiction. On Disney +.

What can we say about one of the most beloved and longest-running television series in television history. The most dysfunctional and hooligan family of all time returns with its 33rd season. Surely they have many surprises and laughter in store for us. On Disney +.

New South Korean Netflix series. The appearance of supernatural beings who condemn humans to hell coincides with the arrival of a religious group that defends the idea of ​​divine justice. On Netflix.

The Wheel of Time – November 19

A village secluded from the madding crowd. There comes the sorceress Aes Sedai Moiraine, who has learned that the “Shadow Spawn” and the Trollocs are searching for the Dragon Reborn of Prophecies, the most powerful male wizard in a world where male magic is cursed. And he is the only one capable of saving the world … or destroying it. On Amazon Prime Video.

After a night in Philadelphia with his brother who threatens to sabotage more than just his success, a famous comedian desperately searches for a way out. Starring Kevin Hart and Wesley Snipes. On Netflix.

The continuation of Vota Juan and Vamos Juan. Juan has reached the highest peak of his career. Thanks to the revolving doors, he has a spectacular office, he has lost ten kilos and, above all, he has hair. In Juan’s new life there is room for many things, but not for his wife Paula, his daughter Eva and his former press officer, Macarena. Everything falls apart when the only thing that nobody can ever get rid of reappears in his life: Logroño. On HBO Max.

When the Nazis invade Norway, Princess Martha is forced to flee and seek refuge in the United States. There, she soon becomes close friends with President Franklin D. Roosevelt, whom she tries to convince to step in and help save his country from war, as her relationship with the politician deepens. But Roosevelt does not want to influence his voters, who are strongly opposed to their country being dragged into a new war. Martha then realizes that if she wants to achieve something, she must get out of her low-key way of life and show up. In Movistar +.

The series to premiere in November 2021 on Netflix, HBO, Movistar +, Amazon …