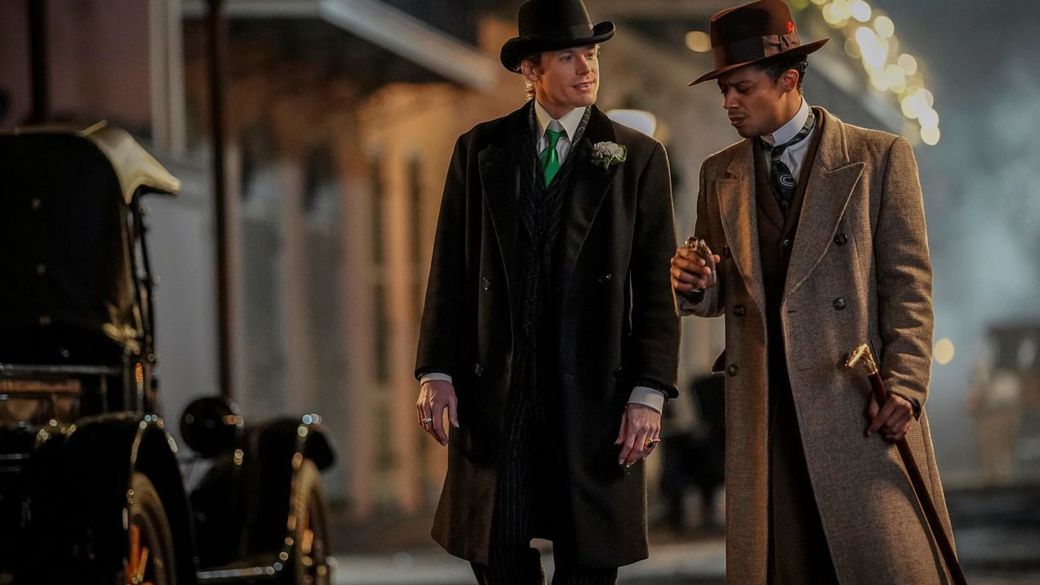 Anne Rice’s work will return to the audiovisual medium with a new television series produced for AMC+. The filming of Interview with the Vampire began last December in New Orleans (United States), so there is already official material available. The platform has distributed new images of fictionwhich will be released sometime in 2022.

Twenty years after the premiere of the film starring Tom Cruise, showrunner Mark Johnson and screenwriter Rolin Jones will seek to win over viewers with this supernatural story. The captures, which you can enjoy in this same news, show Lestat de Lioncourt and Louis de Pointe du Lac in detail, the protagonists. Both were featured in the AMC trailer they showed during the Super Bowl last February.

The synopsis of this series, whose first season will be Made up of eight episodes. The images present the protagonists in different situations, on the streets of New Orleans, in a casino or in a musical show. In any case, it is based on the first novel, set in the 18th century. Louis tells his personal experiences to his biography, a story closely linked to Lestat, the vampire who turned him into a bloodsucker.

What is the main cast?

Sam Reid plays Lestat de Lioncourt, while Jacob Anderson will put himself in the shoes of Louis de Pointe du Lac. Baley Bass has been cast as Claudia and Assad Zaman will play Rashid. Another of the well-known names is Eric Bogosian, who will become Daniel Molloy.

The aforementioned Rolin Jones and Mark Johnson are the executive producers, who have so far remained silent regarding the plot. The idea is that the product is attractive to current audiencesbut without that implying sullying the legacy of Anne Rice’s novel.

Interview with the Vampire will broadcast in 2022. Nothing is known about his arrival in Spainsince AMC+ does not operate in the country as a streaming platform.

The series Interview with the Vampire reveals its protagonists in images