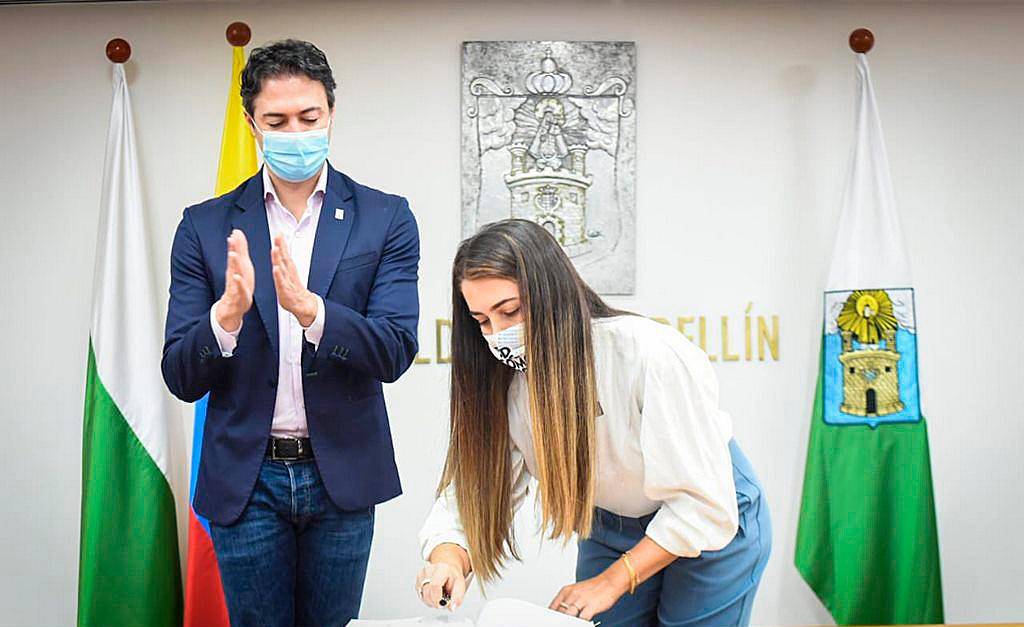 It was about 11:30 a.m. on Thursday, September 16 when Maria Camila Villamizar Assaf, private secretary of the mayoralty of Daniel Quintero, I call Johana Jaramillo Palacio, manager of Telemedellín, to urgently attend a meeting in the Mayor’s office. Although the people closest to Jaramillo thought that finally the president would receive it to talk about the poor financing that the channel has received – since he had been persecuting him for several months – they were wrong. They were going to kick her out.

The manager arrived at the 12th floor of La Alpujarra at noon; She was accompanied by the channel’s Finance and Planning directors. Apparently, he planned to present a complete balance of the changes that had been implemented and how he was looking for more money. However, Villamizar left the office and told her to go in alone, that the meeting was private.

Already in the office, Quintero told Jaramillo that he had bad news for her, that he could not continue in the management of Telemedellín, but he invited her to continue within the government team with close people. Sources say that he asked her if she knew English and she took some of her resume, reminded her that she had lived in England. The mayor offered to direct the Bureau and, apparently, explained that this was just a movement in the cabinet, one of those to which the paisas are already used.

The process was quick and with few words. Jaramillo was required to leave the canal soon, to take a day or two for a long time to pack his things. However, in the middle of the afternoon, Esteban Restrepo, Secretary of Government, called her to organize the connection and a detailed report of all the movements in Telemedellín. The exit was agreed for Friday, September 17, but seconds after they hung up, Restrepo called her again and told her that the Mayor’s order was immediate, that she had to leave office immediately.

Thus ended the passage of Jaramillo by the management of Telemedellín and arrived Deninson Mendoza, a man from Valle de Cauca who worked in Innpulsa. This is the third person in office in 21 months of Quintero’s government. It is not very well known what the Mayor’s office wants with the public channel, but the truth is that it is not very well on budget.

By the end of 2019, Telemedellín had a surplus (income that exceeds expenses) of 5,784 million pesos, in addition to 8,876 million pesos in banks. So, on January 1, 2020, the management received Mabel Lopez, who came from Teleantioquia; received transfers for 11,596 million pesos, which amounted to a liquid cash close to $ 20,000 million.

With the arrival of López, the payroll went up 66%. As revealed a few weeks ago by the IFM Noticias portal, the temporary payroll in 2019 reached 315 million pesos per month. But the figure grew, because for the second half of April 2021 525 million pesos were paid. Internal control warned about the increase in expenses, although it was not heard.

Thus, when Jaramillo Palacio arrived at the canal, he found that in addition to the increase in expenses, the transfers from the Medellín Mayor’s Office were very poor, lower than those historically received by the canal. Telemedellín lives from the sale of services and its main client is the Mayor’s Office, which usually buys spaces to talk about its public programs and progress in management. With the arrival of the pandemic, that offer fell, but the payroll was increased, which ended with them closing in 2020 with losses of more than 3,800 million pesos. Cash in the box ran out.

When Jaramillo Palacio received the channel in May, the losses were more than 6,000 million pesos. For this reason, and given the few resources transferred by the Mayor’s Office, which this year did not exceed 5,400 million pesos (Telemedellín has always received between $ 10,000 and $ 18,000 million depending on the government of the day), a whole job of selling services began with the mayors of the metropolitan area. Someone who is part of the fixed payroll of the channel, which is 32 people, confirmed to EL COLOMBIANO that before the secretariats hired spaces, but that completely disappeared: “The channel had to row alone with the programming grid.”

The manager who just left had a goal of 30,000 million pesos to get from the media agency program and spaces on the grill. He managed to sign agreements for 22,000 million pesos, 74% effective, and left more than 14,000 million in execution, 47% of the goal. Although the channel needed the support of the Mayor’s Office, it managed to get ahead, overcome the crisis a little; that’s why they say that last Thursday, when Johana Jaramillo Palacio He received the call from Villamizar, he believed he was going to receive good news.

The change of management had been ‘cooking’ for a long time. Deninson Mendoza He had been appearing in the corridors of Telemedellín for several weeks, he approached the manager and some key officials (he told them that he had been a manager of Telepacífico), he asked them for information to be able to advise the mayor on what to do with the investment in the channel. Apparently he was undermining where he would end up being a manager.

Mendoza surely learned that inside the environment was not the best, because Mabel Lopez he was still powerful: he had left more than 40 people working. That number of appointments was unknown within the Mayor’s Office, which caused the secretary’s annoyance. Esteban Restrepo.

“Mábel gave the order to his people not to go to any internal events of the channel. It was a very difficult environment, and the situation became complicated because the entire management committee was appointed by López and very few members were able to move, ”says an internal source.

Many today wonder why Jaramillo Palacio, a communicator with graduate studies, left. Some consider that it is that she does not have political support (although she was the wife of Gabriel Jaime Rico), others believe that it bothered him to terminate the contracts of some people who entered the López era.

However, the icing on the cake came when the newscast interviewed a silletera who was launched at the ready against the Mayor’s Office of Medellín. At that time, Jaramillo received a call from the 12th floor of La Alpujarra, they told him that he had to have controlled the interviewee, that one of his tasks was to protect Quintero.

For some months the journalist had been the director of the information system Hernán Muñoz, who was offered independence from the first moment, but with the interview with the chair from the Mayor’s Office they laid eyes on him.

Perhaps the best example of this is that on Friday, when Deninson Mendoza came to the channel, said a very particular phrase: “This is the channel of Daniel Quintero”