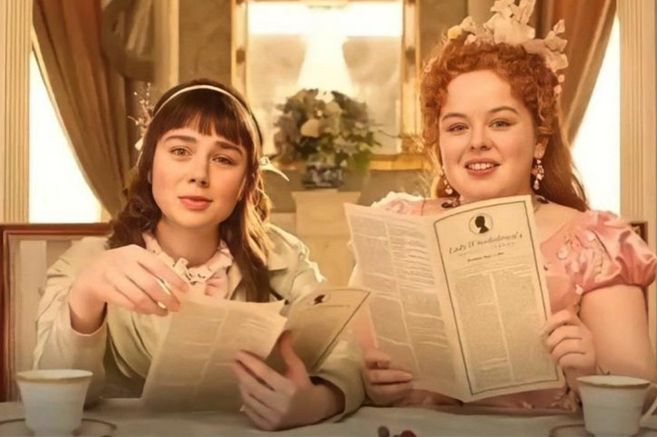 Eloise and Penelope in The Bridgertons.

Season 2 of Bridgerton It already has a date for its launch in Netflix. The fiction created by Chris Van Dusen and produced by Shonda Rhimes, one of the most watched titles of the streaming service, It will return in March 2022.

Specifically, it will be the March 25, 2022 when the second installment is released. Netflix has revealed the date through a video starring some actors from the series.

In addition, the streaming platform revealed the synopsis of the new installment. “The second season of Bridgerton follows Lord Anthony Bridgerton (Bailey), Bridgerton’s older brother and viscount, who sets out to find a suitable wife. Driven by his duty to defend his last name, the search for Anthony Of a debutante meeting her impossible standards seems unfortunate until Kate (Simone Ashley) and her younger sister Edwina (Charithra Chandran) arrive from India.

When Anthony begins to woo Edwina, Kate discovers the true nature of her intentions (a true love match is not one of her priorities) and she decides to do everything in her power to stop the union. But in doing so, Kate and Anthony’s verbal confrontations only bring them closer together, complicating things for both of them. At the other side of Grosvenor Square, los Featherington they must welcome the heir to their property while Penelope (Nicola Coughlan) continues to navigate high society and keep her deepest secret hidden from those closest to her, ”the description reads.

The Bridgertons premiered in 2020 and production of its second installment was delayed due to the coronavirus pandemic. It should be noted that fiction has already renewed for two more seasons. The new episodes will not feature Regé-Jean Page, who played Simon Basset in the first season. Phoebe Dynevor, Ruth Gemmell, Polly Walker, Harriet Cains, Bessie Carter and Julie Andrews complete the cast of the production.