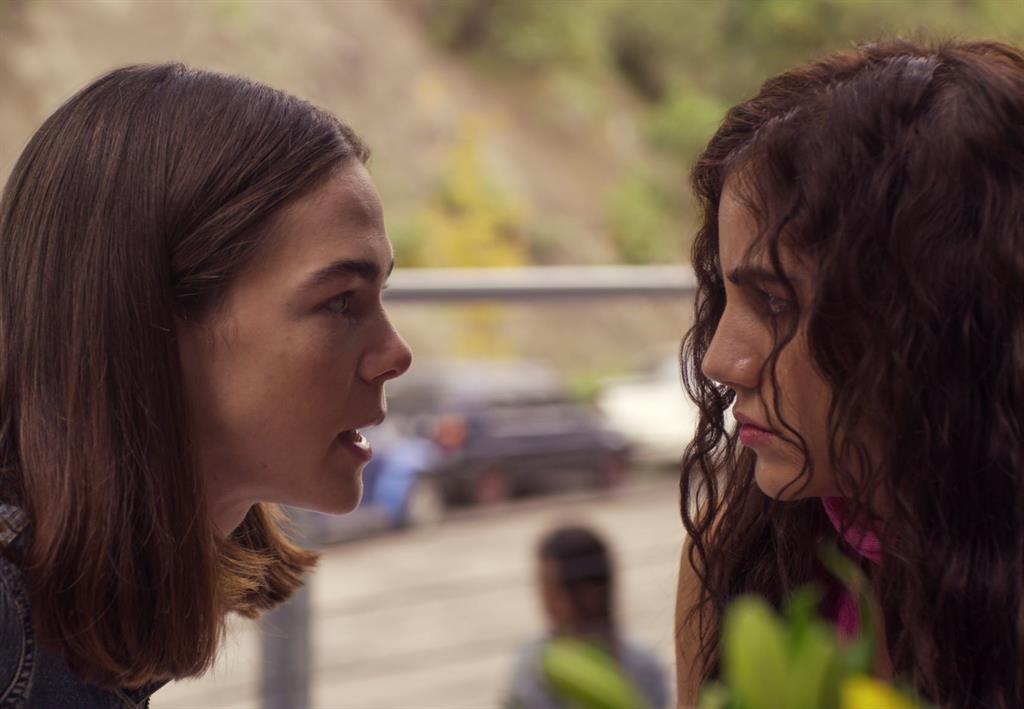 The second season of ‘¿Who killed Sara?‘has already landed on Netflix. Become one of this year’s revelation series, its first season surpassed other fictions such as ‘Red Sky’ or ‘The Serpent’. There are many unknowns that Alex had to discover about the truth about his sister, who was completely different from the innocent young woman he knew. The end of the second season of Who Killed Sara Is it the final outcome or does Sara’s death have one last chapter left to tell?

Despite Manolo Cardona He assured that all the questions would be solved in the second season, what he forgot to say is that this new batch was going to create new unknowns and that the mystery about the death of Sara (Ximena Lamadrid) it would be solved … half. Within the story, no one knows who the real murderer was, but the public does, thanks to a final scene that gives a radical twist to the plot and that opens the doors to a third season.

The appearance of a corpse in the courtyard of his chandle, caused the situation of Álex (Cardona) to remain in a strange legal limbo. Therefore, Elisa (Carolina Miranda) He asks his ex-brother-in-law, Lorenzo (Luis Roberto Guzmán), which this season experiences a series of sentimental swings with Chema (Eugenio Siller).

After finding his brother’s other diary, Alex decides to visit the psychiatrist who treated Sara. Thus he discovers that the young woman suffered from schizophrenia, a disease that she inherited from her biological father, a man who abused her mother. And who is his father then? Well, nothing more and nothing less than Abel Martínez, Father Marifer.

Thanks to flashback scenes, It is revealed Sara visited her father at the psychiatric hospital and that I thought to help him escape. The truth is that, finally, he tries to end Sara’s life.

In fact, in the final episode, Álex and Nicandro (Matías Novoa), Álex’s old friend who was completely absent in the first season and who appears, as an adult, for the first time in this second, They find a video in which Abel threatens to kill Sara, as he did with her mother.

The young woman, in a panic, manages to get away and calls César Lazcano (Ginés García Millán), who arrives just to prevent Abel from raping and killing his daughter. Caesar shoots Abel in the head, killing him on the spot. The revelation of this fact causes Marifer (Litzy) collapses, realizing that the Lazcanos had nothing to do with their mother’s disappearance.

Revealed the identity of the corpse and his murderer, the second season also revealed that Mariana (Claudia Ramírez) kills Elroy (Héctor Jiménez), who did not cut the ropes, as he was discovered by Nicandro before he could do so. In fact, Sara herself gets to catch them too. So if it wasn’t Elroy, who cut the strings?

Filled with hatred, anger and a desire for revenge, Marifer followed Sara to the summer resort. It was she who cut the ropes that caused her downfall. No one suspected her because she was not seen in the area. However, after learning the truth about Sara’s origin, Marifer feels guilty..

When he returns home, Marifer meets Mariana, who tells him about the plan she had with Clara (Fátima Molina), her younger sister, who is pregnant with Chema. The three of them start arguing loudly and Marifer pulls out a gun.. In a struggle, Marifer, instead of killing Mariana, ends the life of Clara.

After that, Marifer follows Álex and Elisa to the Lazcano warehouse, where the daughter of the clan tries to burn everything as a way to atone for the family’s sins. With the place on fire, Alex seeks to save Elisa and succeeds, although on their way they run into Marifer, who tries to kill Elisa after confessing that she was the author of Sara’s death.

Marifer is unable to kill Elisa, who is rescued by Alex, becoming engulfed in flames, which suggests that the woman has died in the fire. Finally, Alex has the culprit for the death of his sister … or so he thinks, because, in truth, the murderer is someone else.

In the final scene of the eighth and last episode of the season, Nicandro calls Dr. Alanís (Daniel Giménez Cacho), the same doctor who spoke with Álex at the beginning of the season. Nicandro thanks the psychiatrist for diverting Alex’s attention, also revealing that it was they who were really behind Sara’s death.

“We have to let them think it was Marifer. The stakes are high“Nicandro tells the doctor. In the scene, it can also be seen that Sara was part of an experimental program. Undoubtedly, this will be closely related to her death.

It should be remembered that no one saw Sara’s body after falling. Although Marifer caused the fall to him, that does not imply that the young person died. Which makes the doctor and Nicandro take advantage of the accident to assassinate him. And here will be the mystery of the third season (not approved yet by Netflix), in which the true author of death comes to light, as well as discovering that this was so important that Sara knew and took to the grave.

Although those are the main mysteries of this season. There are more closed frames that have caused more unknowns, if possible. On the one hand, César Lazcano has seen his empire collapse but, like a weasel, he has managed to overcome all the threats he has experienced this season.

The patriarch faked his death after his former partner, Sergio (Juan Carlos Remolina), escaped from jail and kidnapped Elisa. César begs Álex for help and he gives in for love of Lazcano. Officially dead (although Elisa and Álex know he is alive), César has installed a new casino on a remote island, with a new identity and seeking to father a son whom he will call Alejandro.

Mariana and Chema have a worse fate. The first sees her entire family collapse. Her children leave her, she is left without a grandson and with a husband left for dead. It seems that the woman will enter a phase of tortuous delirium. Then there is the other Lazcano offspring.

Chema ends up suffering two sentimental setbacks. The first is for the death of Lorenzo. Her lover is murdered by Moncho’s brother, Clara’s violent ex-boyfriend. Then he receives another heartbreaking news, when he is informed of the murder of Clara and, consequently, of the baby she was expecting.

Consumed by guilt, he decides to turn himself in to the police, confessing to having killed Moncho in self-defense and, due to a pact made by Alex, incriminating himself for the death of Abel Martínez. Because of the murder of Moncho, he has it easy, having been in self-defense. However, the murder of Abel leaves Chema in a very serious judicial situation. Only the irruption of his father could save him, but will the patriarch of the Lazcano be able to ‘rise from the dead’ to help his offspring?

With Alex free of all guilt and willing to rebuild his life together with Elisa, with César living the father life with another identity, with Chema expiating his guilt and with Mariana on the verge of going crazy ends a season that cries out for a new installment. Will Netflix give it to him or will it leave the public with honey on their lips?