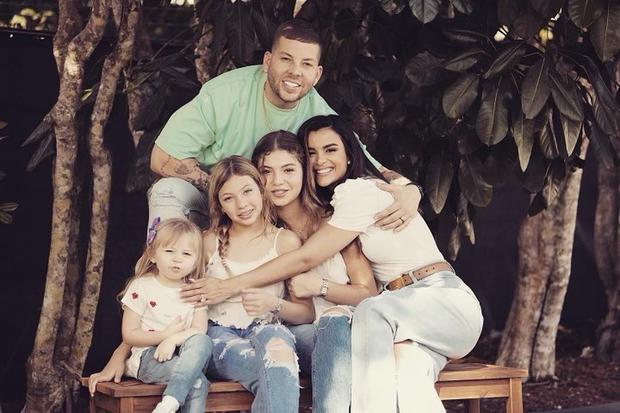 Clarissa Molina Y Vincent Saavedra They seem to be on their honeymoon and are not yet married. Since they announced their relationship, the couple has been very affectionate on social networks and spending a lot of time with their family. Therefore, it was not surprising that the presenter of “The fat and the skinny”, Univision program, shared on her Instagram account the gift she received from her fiancé.

The Dominican model became known when participated in the reality show and contest “Our Latin Beauty” in 2015. The judges were media figures such as Jomari GoysoOsmel Sousa, Daniel Arenas and Veronica Bastos. Although she did not take the crown, she was among the final four and, that same year, represented the Dominican Republic in the “Miss Universe”.

In 2016, he returned to participate in the Univisión contest, but in its VIP version, and this time he won. She was even crowned by Francesca Lachapelhis compatriot who had won the previous year.

Since then, He has become a much loved figure on television.n, so her fans are very excited to see her happy in her relationship with Vicente Saavedra. On June 18, they celebrated their first anniversary and he gave her a special present.

WHAT WAS THE GIFT THAT VICENTE SAAVEDRA GAVE YOU?

Clarissa Molina received a big surprise when, to start the celebration for the first year of their relationship, Vicente Saavedra gave her a beautiful bouquet of roses. The 30-year-old driver shared this special moment through her Instagram stories.

It was probably more than two dozen red roses, wrapped in tissue paper of the same color. Also, they came with a white envelope with Clarissa’s name on it, and we can already imagine the words of love that he wrote to her His couple.

In March of this year, Clarissa said that they are already engaged and showed off the luxurious ring he received. So everything seems to be going from strength to strength. She gets along very well with the Puerto Rican’s daughters: Gia Isabella, Ava Mar and Miabella.

WHEN DOES CLARISSA MOLINA GET MARRIED?

After the beauty queen announced her engagement, sus more than 3 million followers Instagram they wondered the date on which the ceremony will take place.

Although, at the moment, an exact day and other details are unknown, what we do know is that they will marry in early 2023 in Punta Cana, Dominican Republic.