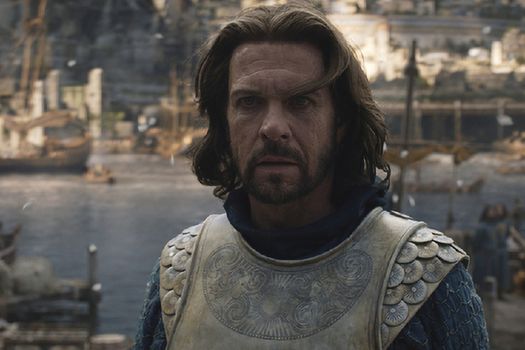 A scene from the series “The Rings of Power”, the prequel to the famous “Lord of the Rings” saga. / Courtesy Prime Video

Beginning in a time of relative peace, Prime Video’s “Rings of Power” on September 2 will follow a cast of characters facing off against the dreaded resurgence of evil in Middle-earth. It will tell the story leading up to the events of The Lord of the Rings and The Hobbit, telling of the rise of great powers, heroes put to the test, and how some kingdoms rose to glory while others fell to ruin.

Morfydd Clark, Charlie Vickers, Owain Arthur, Sophia Nomvete, Benjamin Walker, Leon Wadham, Trystan Gravelle and Ismael Cruz Córdova are part of the talent that will bring this fantasy story of the rings of power. Mexico City was the epicenter for them to perform at the premiere official version of the Prime Video series and watch with the public the first two episodes of this new production.

“The first time I saw it, it was quite overwhelming, to be honest, and JA Bayona is so cinematic in the way he shoots that it was so much more beautiful than I could have imagined,” says Charlie Vickers, who plays the role of Halbrand, one of the few humans in the story.

Patrick McKay, screenwriter and showrunner of the series, together with one of the two directors of the production, JA Bayona, recognized for directing The orphanage (2007), The impossible (2012) and jurassic world: fallen kingdom (2018). Bayonne, in an interview for The viewer, comments that when he was able to see the projection of the chapters he realized the ‘savagery’ they had created. “It was really a challenge to be able to face a universe like this for television. The effort of the artistic and technical team was extraordinary and seeing it with the sound, the image of a movie theater and full of public was really a great reward for all the work that was done. The fans seemed happy, so that makes me very happy.”

(We recommend: “Vertigo”: harshness and reality from above)

For the development of this prequel they took into account the posthumous book that was published in the name of Tolkien, the silmarillionwhich is a compilation of his works and explains the beginnings of the story, being the rings of power a short section that talks about the events leading up to The Hobbit Y The Lord of the rings; They were also guided by the appendices or footnotes where the writer mentioned a little about the origins of each member that appeared in the course of the narrative.

“It’s amazing to have the freedom to be able to introduce characters to the audience that didn’t exist and that somehow move in parallel to others that we had already met through the books. Seeing them at a very different time in their lives gives them an interesting perspective,” says Bayona about the creation of new protagonists. He also added that Peter Jackson’s adaptation of the trilogy of The Lord of the ringssince the director “essentially captured what Tolkien sought to convey in each of his writings.”

Who are the characters in “The Rings of Power”

Within this new diverse range of new protagonists we find some familiar names such as Elrond, Galadriel and Celebrimor. It starts from the idea that most of what is presented now, were mentioned briefly during the history of The Lord of the rings to give context and background to the story. For example, people like the high king of Lindon Gil-Galad (Benjamin Walker) were known, but this time we will take a deeper look at who he was and why he was important in history.

It also delves into the history of the Kingdom of the Dwarves, which is under the command of House Durin, with Durin IV (Owain Arthur) and his wife, Princess Disa (Sophia Nomvete), at the helm. She plays a female dwarf for the first time in this franchise: “I mean, it’s absolutely amazing, and there’s not as much Tolkien literature around dwarfs, which is sorely needed. It’s an iconic moment, the fans seem to be as excited as I am.”

(We recommend: Elegant and professional, the role of Camila Rojas in “El Rey Vicente Fernández”)

Continuing with the female role of the saga, Galadriel appears, played by the British Morfydd Clark; she is a warrior elf who is out for revenge for the death of her brother and to finish once and for all the task he failed to accomplish: finish off Sauron.

“Tolkien wrote about a lot of amazing female characters and they were as involved as a lot of men. I feel like I’m exploring something that was already there, but we haven’t seen it this way. It has been very exciting to play a powerful magical being, ”says Clark about the role and the female role of her.

Like the protagonism of a female warrior, there are other conjunctural issues that it covers the rings of power, such as the issue of migration or discrimination. Bayona explains that one of the fascinating things about Tolkien’s stories is that he allowed the reader to have a free interpretation of the events, making his novels timeless.

Ismael Cruz Córdova is a Puerto Rican actor who, like his peers, fulfilled a life dream by working on the franchise of The Lord of the rings and is also the first Latin person to play an elf. “I was 14 when these movies came out, my family was poor, so I worked and saved money to buy a DVD player so I could watch it. This movie had a big impact on me, I wanted to be an elf when I saw it, and people told me: ‘elves don’t look like you, you’ll never be able to be an elf’. That taught me to understand how society moved and when I started my career, I wanted to open new spaces for inclusion and for each person to be who they want to be.” Cruz Córdova’s character, Arondir, is a very passionate guardian elf who will go to great lengths to take care of his forbidden love.

The recordings were made between 2019 and 2021 in New Zealand, whose landscapes manage to pass for the same fantasy that JRR Tolkien wrote so much about in his novels. It is estimated that the rings of power is currently one of the most expensive series, with an investment of more than 465 million dollars.

* The journalist traveled to Mexico at the invitation of Prime Video.

“The rings of power”: a new era begins