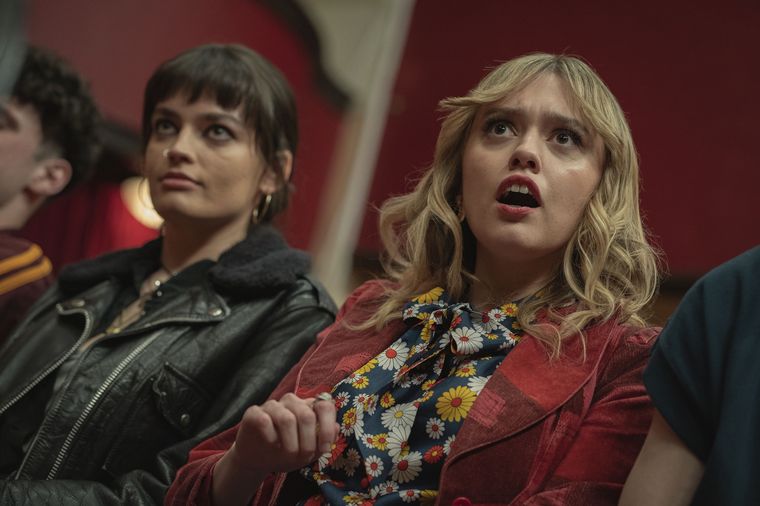 The third season of the popular comedy-drama series “Sex Education,” which follows the stories of various high school students and their families and teachers as they face various personal dilemmas related to their sexuality from an open and modern perspective. , premiered this Friday on the streaming platform Netflix.

The eight new episodes that make up this installment, created by screenwriter Laurie Nunn and directed by filmmakers Ben Taylor and Runyararo Mapfumo, will again focus on Otis Milburn (Asa Butterfield), a confused teenager in full hormonal boiling who lives with his mother , sex therapist Jean (Gillian Anderson).

However, although his unprejudiced way of being can be embarrassing and invasive, the protagonist decides to take full advantage of his mother’s knowledge and, armed with information, help his colleagues, who also overflow with doubts that not even the system educational nor his close people are capable of solving.

For that, Otis joins forces with Maeve Wiley (Emma Mackey), the “bad girl” of the fictitious school, to set up a small-great clandestine sexual counseling business that, through secret encounters with his “clients” in the bathrooms of the school, it is the element that serves as the starting point for the development of the other plots, which touch on topics such as abortion, gender diversity, the search for identity, love and lack of love.

They released the first trailer

Full of characters that arouse sympathy and with a very attractive wardrobe aesthetic, which seems to take inspiration from the fashions of the 70s, 80s and 90s at the same time, “Sex Education” has established itself since its launch in 2019 as one of the best received by youth audiences – and not so much – around the planet, for their frontal and honest attitude towards sex education and the importance of its implementation.

The cast of the series is completed with the participation of Ncuti Gatwa, Connor Swindells, Kedar Williams-Stirling, Alistair Petrie, Mimi Keene, Aimee Lou Wood and Simone Ashley, among others.